Holiday bookings are soaring and prices rising fast as Melburnians prepare to flee the city in summer after months of gruelling lockdown.

But hospitality labour shortages and added COVID-19 safety practises have prompted pleas from the tourism sector for holidaymakers to plan trips in advance and be kind to workers serving them.

Melburnians have been subject to tight restrictions since early August and tourism operators in popular coastal locations are bracing for a hectic summer rush from those seeking to break free. 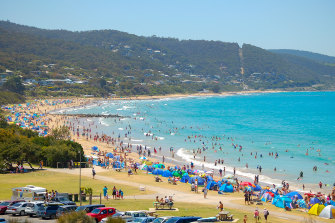 Tourism operators are bracing for a major summer rush when Melbourne is released from lockdown. Credit:iStock

The latest figures from the Mornington Peninsula Regional Tourism Board showed forward bookings rose 161 per cent for the week beginning December 20, compared to the previous year. Across summer, demand is up, on average, by 32 per cent on the previous year.

Demand for holiday homes has been particularly strong on the Mornington Peninsula, but hotel rooms are also desirable.

Prices are soaring for many rental properties on the peninsula, reaching up to $13,000 on Airbnb for a week in peak period.

Her agency, which covers Flinders, Sorrento and Portsea, is now looking for more homes to offer as holiday rentals. The 200 properties it manages are all booked out over the holiday peak.

“Some owners have taken their houses back,” she said. “They said they will be using the house themselves because they can’t travel.”

Ms Carr said prices had increased between 10 and 30 per cent, depending on the property, over the course of the pandemic.

Flinders Hotel general manager Adam FitzHamilton said occupancy most of his venues 40 rooms were already booked for the peak period, and he expected the remainders would fill quickly.

“The booking pace is already ahead of previous years,” he said. 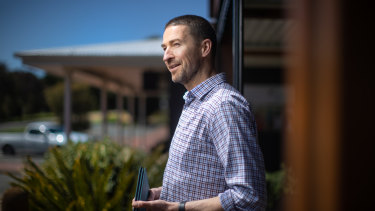 The business is also increasing its outdoor dining space, expanding its total capacity from 200 up to 300 people to cater for the anticipated surge in demand.

Mornington Peninsula Regional Tourism Board chairman Roger Lancia said this summer might even exceed the rush out of lockdown last year.

“I think demand will start as soon as we hit November 5 [and] once restrictions are over,” he said. “We’ll see a real increase in visitation.” 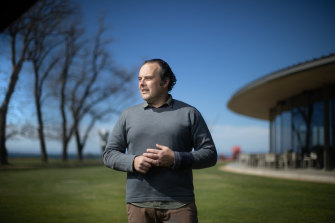 Mr Lancia said hospitality and tourism workers would be under immense pressure when Melbourne was unleashed from lockdown, but he hoed patrons would be respectful.

“Deep down inside Victorians are amazing people,” he said. “We’re really empathetic.”

Adam Power, chief executive of travel and tourism economy data company Localis, said, on average, prices for the coming summer peak would be 15 to 25 per cent higher than previous years in Victoria’s tourism destinations.

“We put that down to the fact that Victorians aren’t going to Bali, they’re not going skiing in the US or [travelling] to Queensland and other states in Australia,” he said.

Occupancy was also close to full in many hotspots, Mr Power said, with Lorne at 92 per cent capacity and Lakes Entrance about 84 per cent.

“We expect to see more gatherings of families and friends across the period than ever before, and this will include interstate trips to catch up after the last two years,” she said.

“People are very concerned about how they’re going to service the huge tsunami of demand,” she said.

“Taking a helicopter over the 12 Apostles or guided nature walks … [keeps] keeping local people in jobs,” she said.

He insisted there were more vacancies in the second half of January.

But Mr Robinson also expected many people would try to book holidays at the last minute, once there was more certainty about restrictions.

“There’s still nervousness about travel and booking [accommodation] just because of what we’ve been through,” he said.

Visit Victoria chief executive Brendan McClements urged people to plan their holidays in advance and book ahead. He also urged people to holiday in less popular spots in Victoria or even consider booking a hotel room in Melbourne.

Meanwhile, a survey of 500 RACV members found two-thirds of respondents would take domestic trips once the pandemic was over. But 93 per cent also said the risk of disruption, cancellations or having to quarantine meant it was not worth the stress of booking trips away too early.