Former Collingwood cheer squad figurehead Jeffrey “Joffa” Corfe has been charged with two counts of historical sexual offending against a Melbourne teenager more than a decade ago.

Detectives allege the 60-year-old sexually penetrated a child under the age of 16 twice during a 2005 incident in Coburg, in Melbourne’s north. 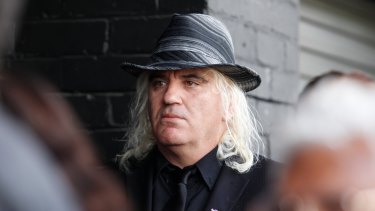 Mr Corfe, who now lives in Redbank Plains in Queensland, was arrested in Abbotsford on May 6.

He appeared in the Melbourne Magistrates Court earlier this month and was bailed to appear again on July 30.

Best known as being Collingwood’s most famous supporter due to his iconic persona “Joffa”, Mr Corfe used to lead the cheer squad and was a regular fixture on game day.

He was honoured last year at the club’s annual general meeting where he received a special services award for his contribution to Collingwood. 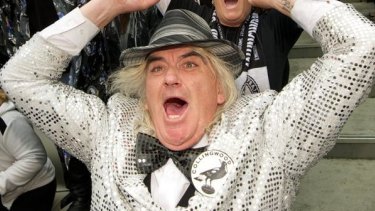 A social worker, Mr Corfe was involved in several charitable drives inside and outside of the club.

So deeply entrenched into the character of the club, former club president Eddie McGuire praised Mr Corfe for his dedication and charitable work.

“Joffa has been a great promoter of the club’s community causes – Bring a Blanket Day and Magpie Nest, amongst others – and has always been available to tell the story of our club and what it means to him. He is a wonderful Collingwood person,” McGuire said.

Mr Corfe’s enduring relationship with the club has been marred by his commentary on social media.