Cops bust private psychiatric center in Colombia and rescue 105 patients, including 17 minors, who were ‘tortured and kept in cages’ – as video shows victims struggling to walk with their ankles chained together

Cops in western Colombia busted a private psychiatric rehabilitation center last week and rescued 105 patients who were allegedly tortured, kept in cages and had their ankles chained together.

Acting on an anonymous tip emailed to the Colombian Institute for Family Welfare, police in the Palmira, Valle del Cauca, raided the clinic last Thursday and uncovered horrifying conditions.

Among the patients who were reportedly abused were 17 minors, two elders and two people with cognitive disabilities.

Nine of the minors were reunited with their families. The local government child welfare agency took in four minors and two children were placed in foster care. 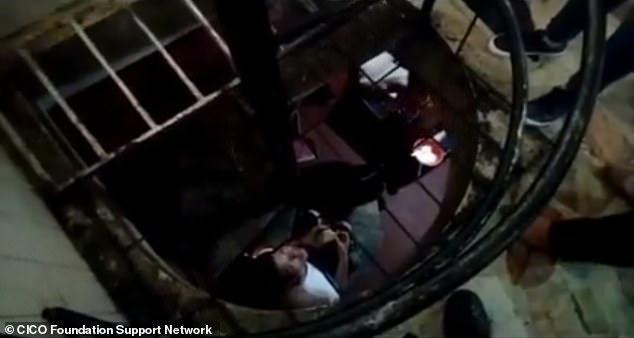 Authorities rescued 105 patients, including 17 minors, from a private psychiatric rehab center in western Colombia last Thursday. Some on the victims (including person pictured) were held in an underground room where they were found tied up. Six administrators were arrested 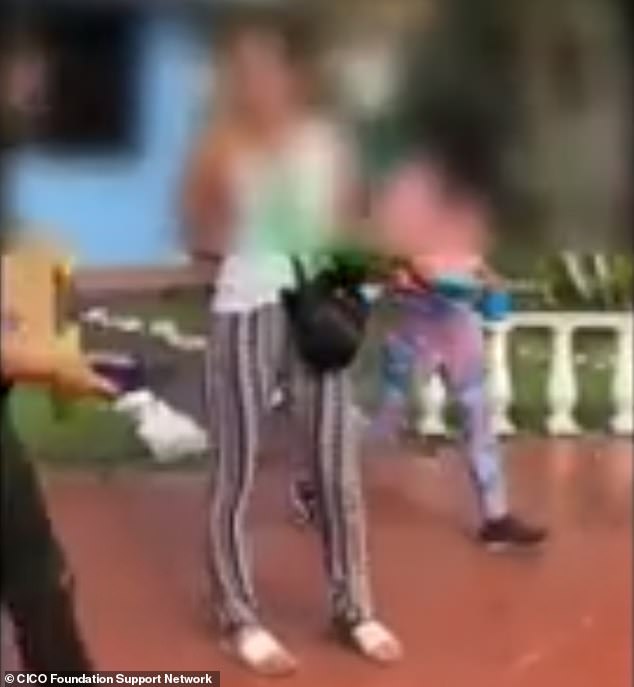 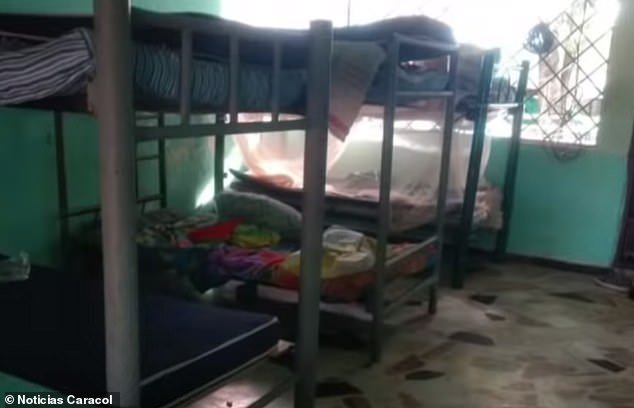 According to the Colombian Attorney General’s office, the patients were at the facility for psychiatric and drug abuse issues.

Workers at the rehab center reportedly placed shackles on patients’ feet and hands, and tied them to poles.

Authorities also discovered an underground lair that was covered with a metal gate to keep the patients from coming out. Several victims were found tied up in the cage.

‘What we found there was an obvious violation of human rights,’ said Clara Inés Sánchez, director of the Municipal Health Secretary, according to Colombian news outlet Publi Metro. 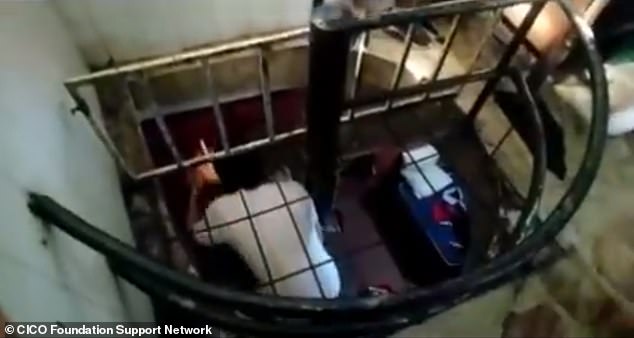 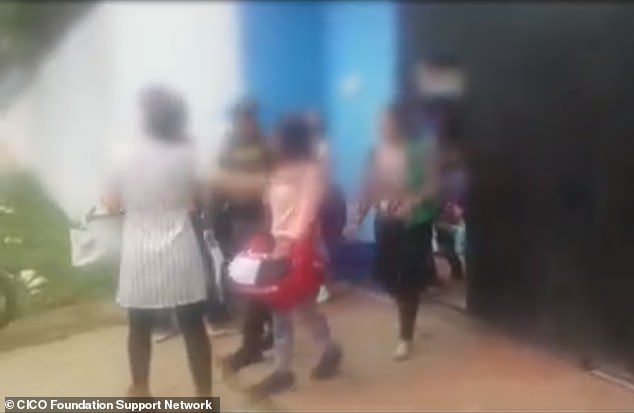 Officials in Valla del Cauca, Colombia, lead some of the victims that were subjected to torture at a rehabilitation center for patients that suffered from psychiatric and drug abuse problems 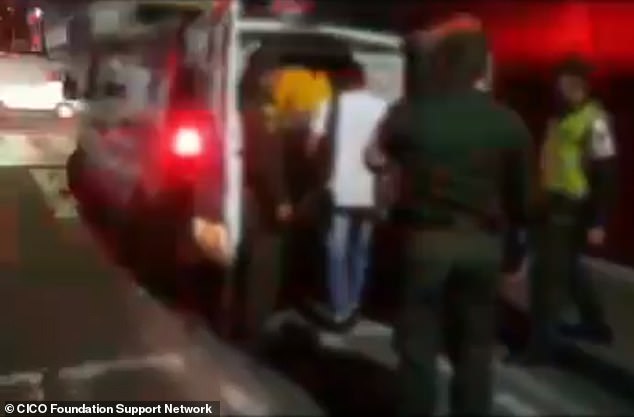 Colombian National Police agents lead some of the six administrators that were arrested last Thursday. They were charged with aggravated tortured and confined to pre-trial home detention and must appear before the local prosecutor’s office every eight days

She also added that some of the patients complained of the abusive treatment.

They were charged with aggravated tortured and confined to pre-trial home detention by a judge in the city of Cali. They cannot leave their homes between 6pm and 6am, and were also barred from traveling outside Colombia.

All six suspects also have to appear before the prosecutor every eight days. 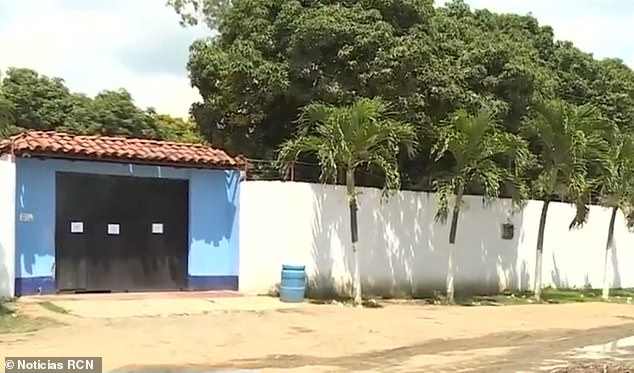 A republic is born: Prince Charles, Rihanna watch as Barbados ditches the Queen