PLANS to fast-track Albanian small boat migrants out of the UK were thrown into confusion last night.

The Home Office announced a deal with Tirana last month to send Albanians home as quickly as possible after they arrive across the Channel from northern France.

But UK Government lawyers have now revealed the measures will not apply to those who lodge asylum claims.

The details emerged in response to legal action by migrant charity Care4Calais, which is already involved in a separate challenge against the Government’s plan to hand asylum seekers a one-way ticket to Rwanda. A letter to the charity’s solicitors from the Government legal department said of the Albania fast-track plans: ‘The arrangements do not apply to asylum seekers.’

Clare Moseley of Care4Calais said: ‘The Government has performed a major climbdown. They are accepting people from Albania have the right to make an asylum claim and have it fairly heard.’ 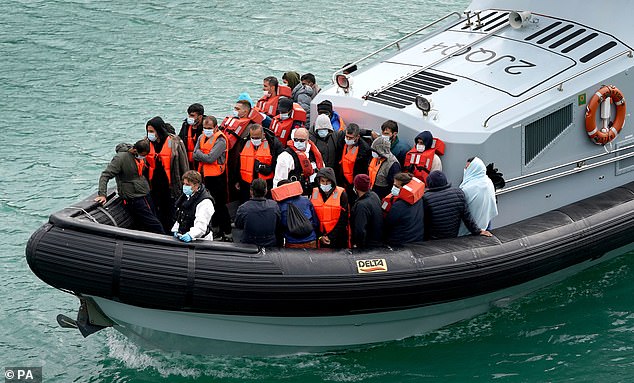 But Home Office insiders said they were unfazed by the development. One source said: ‘Most Albanians who are coming to the UK are not claiming asylum – they do not wish to face the possibility of removal to Rwanda. Instead, most are using other tactics to frustrate the removals process.’

The fast-track scheme will still apply to Channel arrivals who make unfounded claims that they are victims of modern slavery, it is understood. A Home Office spokesman said Albanians who have no right to be in the UK include failed asylum seekers, foreign national offenders, and individuals who are overstaying in the UK.

Care4Calais is also involved in a judicial review which is challenging the legality of the Rwanda deal.

It was revealed yesterday (MON) that the legal challenges against the Rwanda scheme are expected to delay it for up to a year.

Grade I-listed Georgian mansion goes up for sale for £8m