The once ‘proud’ council leader who resigned within weeks of the fatal Grenfell Tower fire has told an inquiry he is ‘desperately sorry’ for those affected by the blaze.

But Nicholas Paget-Brown insisted a ‘systemic failure’ was to blame for the deaths of 72 people in the June 2017 fire in West London.

He said such a tragedy must never be allowed to happen again.

Mr Paget-Brown told the inquiry today: ‘I was very proud to be leader of Kensington and Chelsea.

‘I am desperately sorry for everybody who was in the tower on the morning of June 14.

‘I will never forget what I saw. It was utterly, utterly terrible. 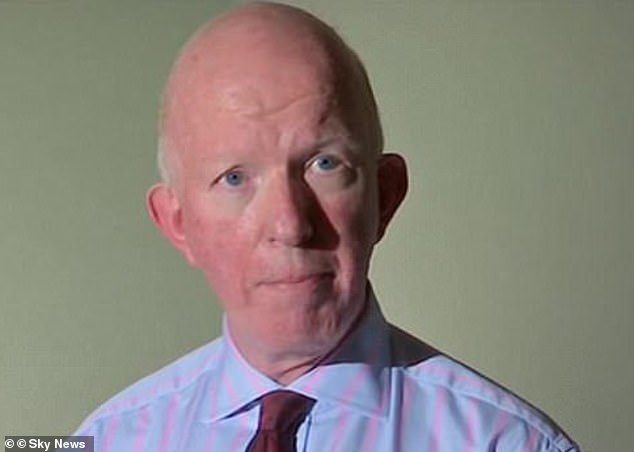 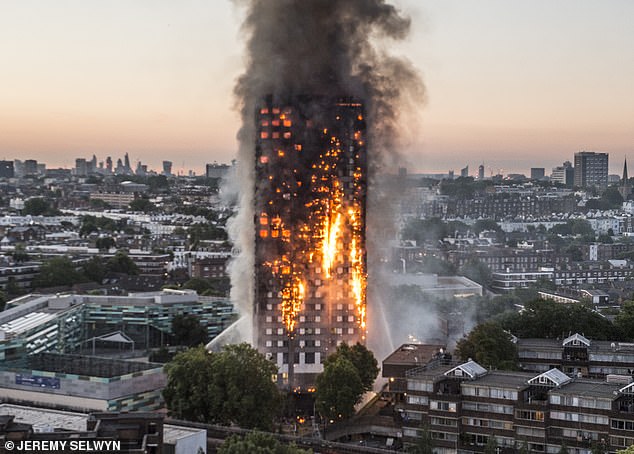 The devastating fire at the Grenfell Tower block in west London in June 2017 claimed 72 lives. Highly-flammable cladding has been blamed for helping the fire spread

The Reynobond ACM PE cladding panels made up part of the Tower’s external cladding system, which was combustible and found to be a key factor in the fire’s rapid spread by acting as a source of fuel.

On whether the tragedy could be seen as a local failure as opposed to a systemic failure, Mr Paget-Brown told the hearing that ‘it seems to me from what I have heard and read that this is a systemic failure, this material is in widespread use everywhere’.

He said he is now ‘very nervous’ about high-rise buildings and suggested that a shift is needed in how they are run, as well as a reflection of their impact on residents who can find themselves feeling isolated.

Mr Paget-Brown – who previously told the inquiry panel that he recalled that Grenfell Tower had ‘quite a grim entrance’, no outside balconies, and ‘wasn’t a good piece of public realm’ – spoke of some things in hindsight that could have been done differently during his time as deputy leader or leader of the council.

He said the idea of things he could have done differently is something he has thought ‘an awful lot’ about since 2017. 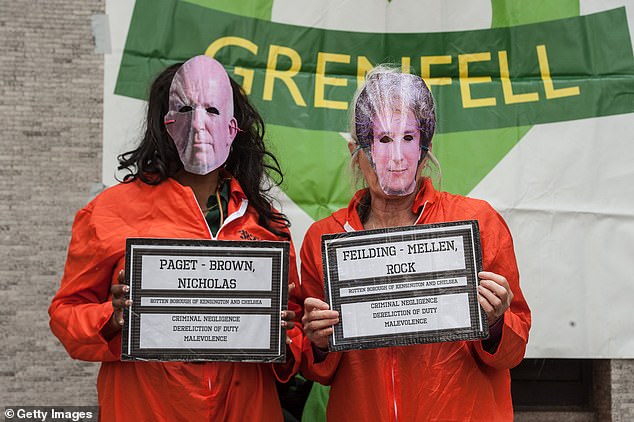 The former leader added: ‘I think I would be very nervous now of high-rise developments in general and refurbishments in particular. There are clearly a number of issues which are difficult or potentially difficult.

‘I think high-rise buildings anyway, quite apart from the architecture, the design, the refurbishment, are not always the happiest places to live – you can be very lonely, very isolated, and there all sorts of issues when you do live in a high-rise flat.

‘I do not think necessarily they are the way forward for the future.’

He now favours the idea of mansion blocks which do exist in a large part of Kensington and Chelsea as ‘a better model for future housing’.

Mr Paget-Brown would also ‘think hard’ about the phrase ‘arm’s length management organisation’ as it ‘is quite vague and open to different interpretations’.

He said: ‘It seems to me to be the happy idea in the 1990s that you might devolve power hasn’t really meant that.

‘It really has meant that councils should be running housing directly and maybe that is something else that needed to change.’

The council was the owner and landlord of Grenfell Tower, while the Tenant Management Organisation (TMO) was the body appointed by the local authority to run its housing stock.

Yesterday, the inquiry heard that a senior council official was more concerned about the colour of the proposed cladding for Grenfell Tower than its safety.

Rock Feilding-Mellen, a former deputy leader and cabinet member for housing at the Royal Borough of Kensington and Chelsea (RBKC), said it did not occur to him to ask questions about the safety of the cladding proposed for the high-rise building.

Instead, he expressed his thoughts about the colour – which included whether it should be champagne, neon lime green, a more pastel shade of green/turquoise and a deeper or darker British racing green, or battleship grey.

Mr Feilding-Mellen had become involved in planning committee talks as the panel considered whether to approve a switch from zinc to combustible aluminium composite material (ACM) cladding in summer 2014.

Mr Feilding-Mellen told an inquiry into the tragedy that he had given his ‘personal subjective opinion’ about possible colours for the cladding in an effort get the stalled scheme to revamp Grenfell Tower moving. 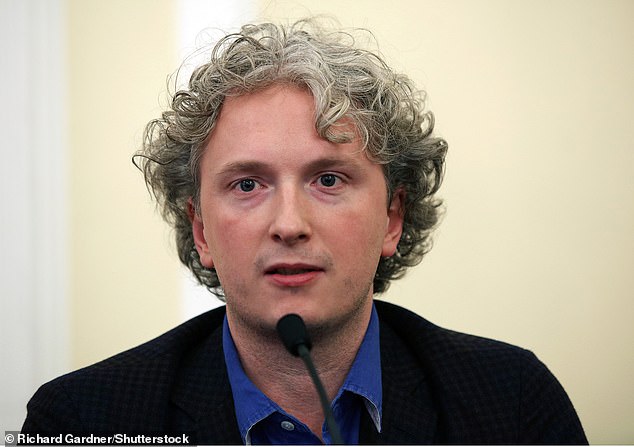 Rock Feilding-Mellen, a former deputy leader and cabinet member for housing at the Royal Borough of Kensington and Chelsea (RBKC), said it did not occur to him to ask questions about the safety of the cladding proposed for Grenfell tower

He said it did not occur to him to raise questions about the fire safety of the panels while he was discussing what colour they should be.

This was because the talks at the time centred around a planning-related matter dealing with ‘the appearance and aesthetic question’, he said.

He did not remember forwarding them on to any other councillors.

Asked whether receiving these guides had led him to consider the safety of the Grenfell Tower cladding, Mr Feilding-Mellen told the inquiry: ‘It did not. I cannot remember why that would have been.’