A local council digital zoom meeting spilled over into a shouting match this week, after a retired grandmother and councillor burst into a furious tirade and repeatedly branded one of her peers ‘thick.’

Councillor Karen Tippins is facing calls to resign after a furious row engulfed a pretty market town over claims she ‘bullied’ and abused colleagues during an argument over PPE funding in a Zoom meeting.

In an explosive argument about funding for protective equipment during a full council meeting held over video conferencing app Zoom, Cllr Tippins caused uproar by labelling a fellow councillor ‘thick’ and an ‘idiot’.

During that April 14 meeting in quaint Shaftesbury, Dorset, councillors had voted to temporarily increase the spending power of the town clerk to £20,000.

The nine out of 12 town councillors who backed the proposal wanted flexibility to respond rapidly to the coronavirus emergency and intended to buy PPE kit for the town’s key care workers and hospital staff. 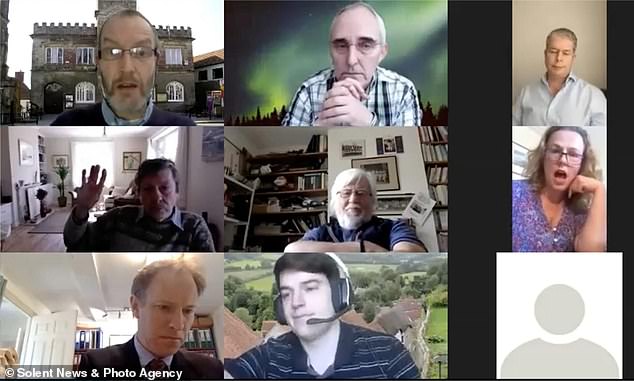 But Cllr Tippins, who was accused of ‘betraying the public’, forcefully argued the purchase was something that should be dictated by central government.

During the virtual meeting, footage shows her saying: ‘The NHS has never asked Shaftesbury Council for help and they never will. The problem is nothing to do with money it is all being specified by central government.’

As tempers frayed, Cllr Tippins, who moved to a four bedroom detached house in the town in 2012, confronted Cllr Matthew Welch who was in favour of the plans, repeatedly calling him ‘an idiot’ and ‘thick’. 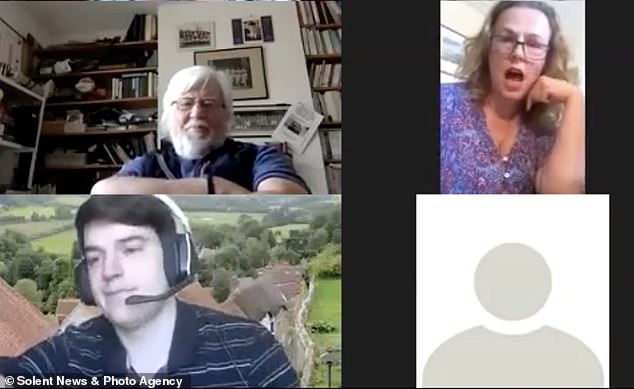 Other councillors were appalled and requested Cllr Tippins was ‘muted’ as it was ‘direct bullying’.

Cllr Tippins, a retired grandmother with a Masters degree, has been accused of months of ‘aggressive’ and ‘bullying’ behaviour and police were even called when she refused to leave one meeting.

On said occasion, on February 10, police arrived at the town hall when an argument erupted and she refused to leave.

The extraordinary row has caused outrage in the town, which is the site of the former Shaftesbury Abbey, which was founded in 888 by King Alfred.

A petition has been launched by Shaftesbury & District Chamber of Commerce calling for Cllr Tippins to resign.

Chairman of the Chamber of Commerce, Virginia Edwyn Jones said: ‘It is beyond the understanding of any of us how, in this time of national and international crisis, the best efforts of our Town Council should be undermined for what at best seem reasons of ill-judged officiousness and at worst, appear positively vindictive.

‘No one should go to work knowing that they will be bullied.

‘No one should volunteer their time for the benefit of their community, to then be abused or to have false and hateful accusations thrown at them via social media.’

In total, 24 items were on the meeting’s agenda detailing the reasons for the motion, describing Cllr Tippins’ behaviour as ‘improper’, ‘unprofessional’, ‘aggressive’ and ‘bullying’. 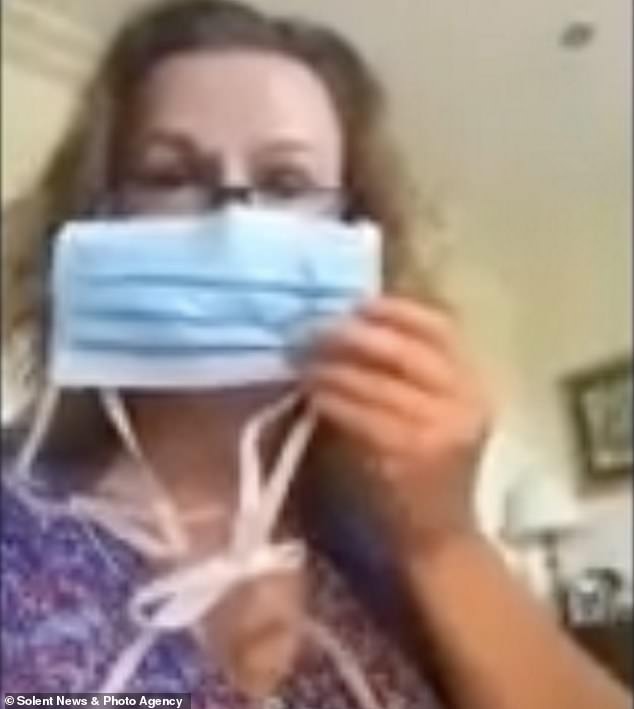 Cllr Tippins, who was accused of ‘betraying the public’, forcefully argued the purchase was something that should be dictated by central government.

The motion was put forward by Cllr Andy Hollingshead, who said that Cllr Tippins was previously ‘forced off the council’ in 2016 before her re-election last year.

Cllr Peter Yeo, the only other councillor against the motion, spoke on behalf of Cllr Tippins, describing the allegations as ‘improper, unfounded and malicious’.

A spokeswoman for Dorset Police today said: ‘Dorset Police was called at 8.26am on Monday 10 February 2020 to a report of a breach of the peace during a meeting at The Town Hall on High Street in Shaftesbury.

‘It was reported that two people refused to leave. Officers attended the incident. No arrests were made. It was deemed that it was a civil matter and no further police investigation was required.’

Consultant and nurse are latest NHS workers to die from coronavirus

Pensioner, 68, grabs crotch of paramedic treating her for a fall