A CRASHED £240,000 Ferrari "driver" explodes as a joking passerby shouts "you can't park that there mate."

The viral video shows the super car ploughed into a hedge after seemingly spinning off the road. 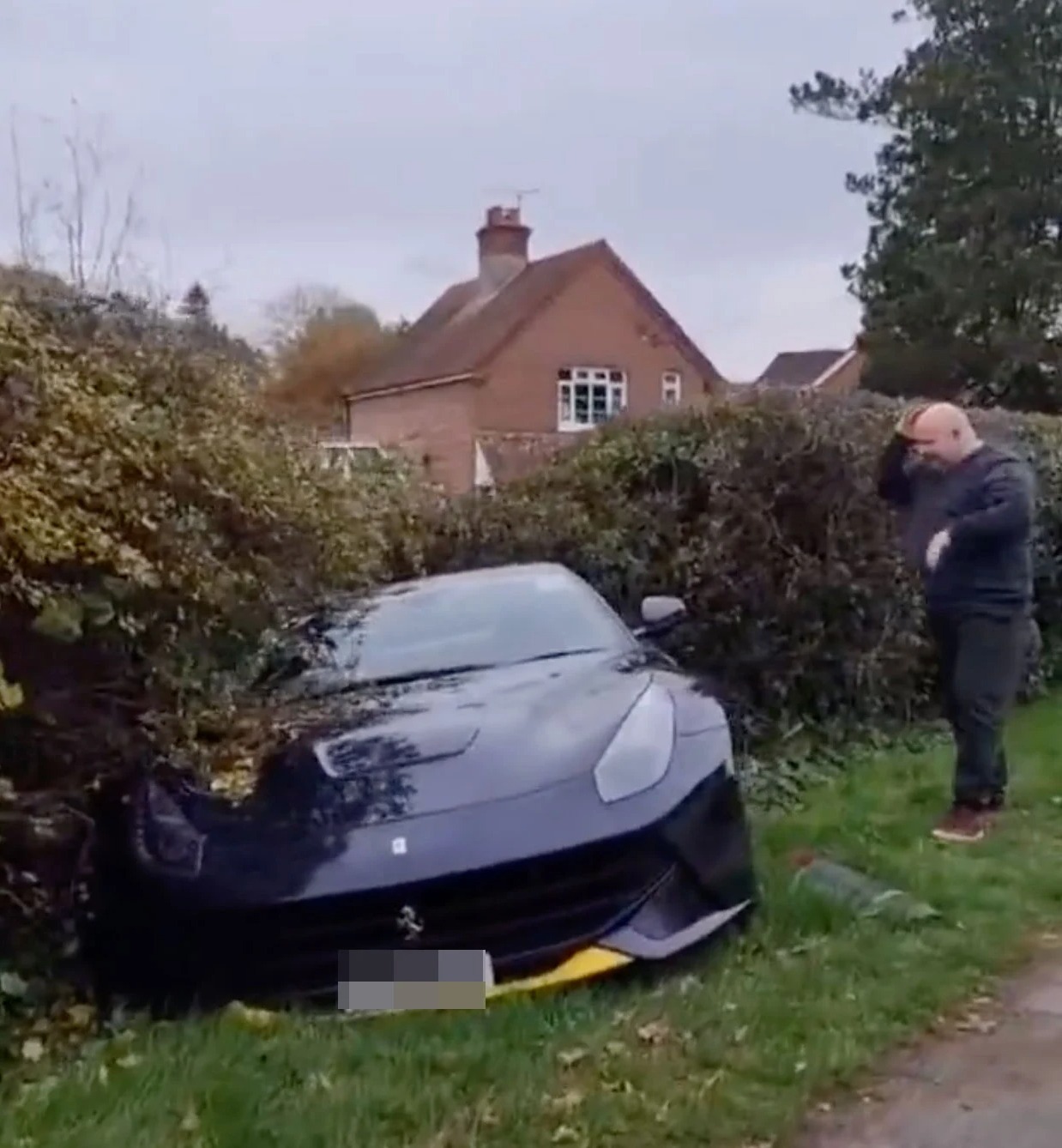 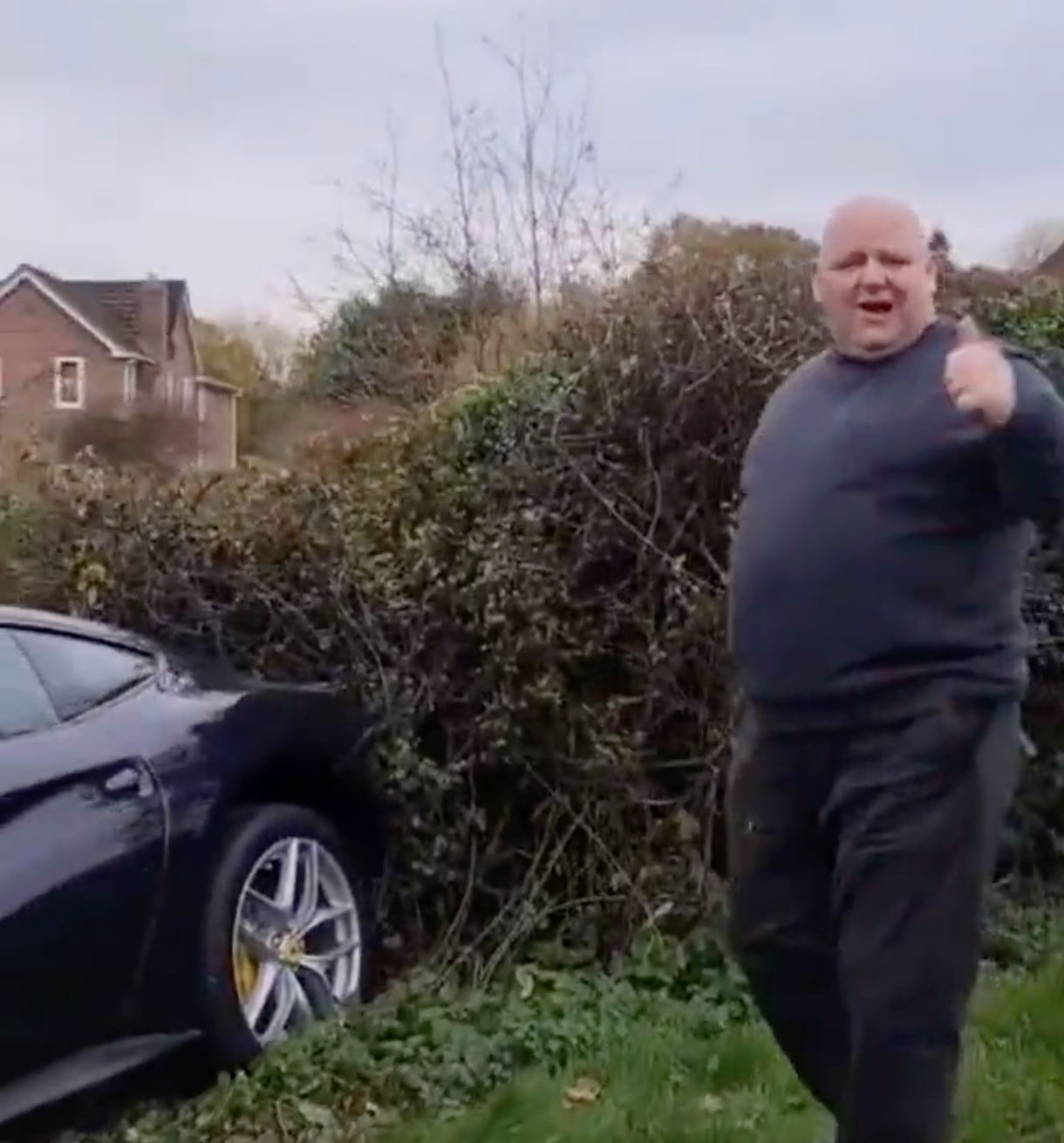 The man standing next to the crashed Ferarri appears distraught with his hands on his head as the cameraman walks past.

As he passes the accident, he quips: "You can't park that there, mate."

To which the supposed driver shouts back: "F**k off!"

The video has swirled around on social media garnering thousands of likes and shares.

But internet sleuths questioned whether the man in the video was in fact the driver and if the crash had even crashed, or the scene had actually all been staged.

They scruntinised the road for skid marks, the car for scratches and also said that the angle of the crash would mean the "driver" wouldn't be able to get out from the driver's seat.

The car, which when it was made was pipped as "the fastest road-going Ferrari ever made", makes 60mph in just 3.1 seconds.

It also reaches up to speeds of 211mph – making it no surprise if it did swerve off into a ditch on a country road.

One said: "There’s no way he got out that car, not even if it was left hand drive.'

Another agreed: "No skid marks, leaves have gently fallen on the car bonnet and not scattered everywhere. Sill is so low yet not a scratch on it and still intact."

It comes as a similar accident where an Instagram influencer wrecker her£270k Lamborghini Aventador in a smash.

The Instagram model is understood to have not been in the car at the time of the collision, but will no doubt be upset by the damage to her expensive car.

It appears as though the motor was hit from the rear while stationary and in a parking space in the capital yesterday.

She has since posted several cryptic messages on her Instagram referring to the incident.

Daria posted a gif of a hourglass with the words "I hope karma slaps you in the face before I do" to her Instagram story.

After that she appealed for information about a blue Vauxhall Astra, offering a cash reward for any information.

And a dangerous driverleft a £165,000 McLaren smashed up as he narrowly avoided injuring a six-month old baby.

The supercar tried to overtake another on a country lane with a family onboard, but minor injuries were believed to have been sustained in the crash.

The driver of the luxury car has been reported for careless driving following the country lane smash.

Beyoncé, Kerry Washington and More Remember George Floyd on What Would've Been His 47th Birthday

The 10 questions Cuomo must answer: Goodwin

Winner of Bristol half Marathon disqualified after running wrong race