A CRUEL couple who left two dogs in a hot car during a 24C heatwave have been caught on CCTV allegedly stealing cash out of a staff tip jar at a café moments earlier.

Staff at Carats Café and Bar in Southwick, near Brighton, shared the clip in a bid to identify the couple, who are not believed to be from the area. 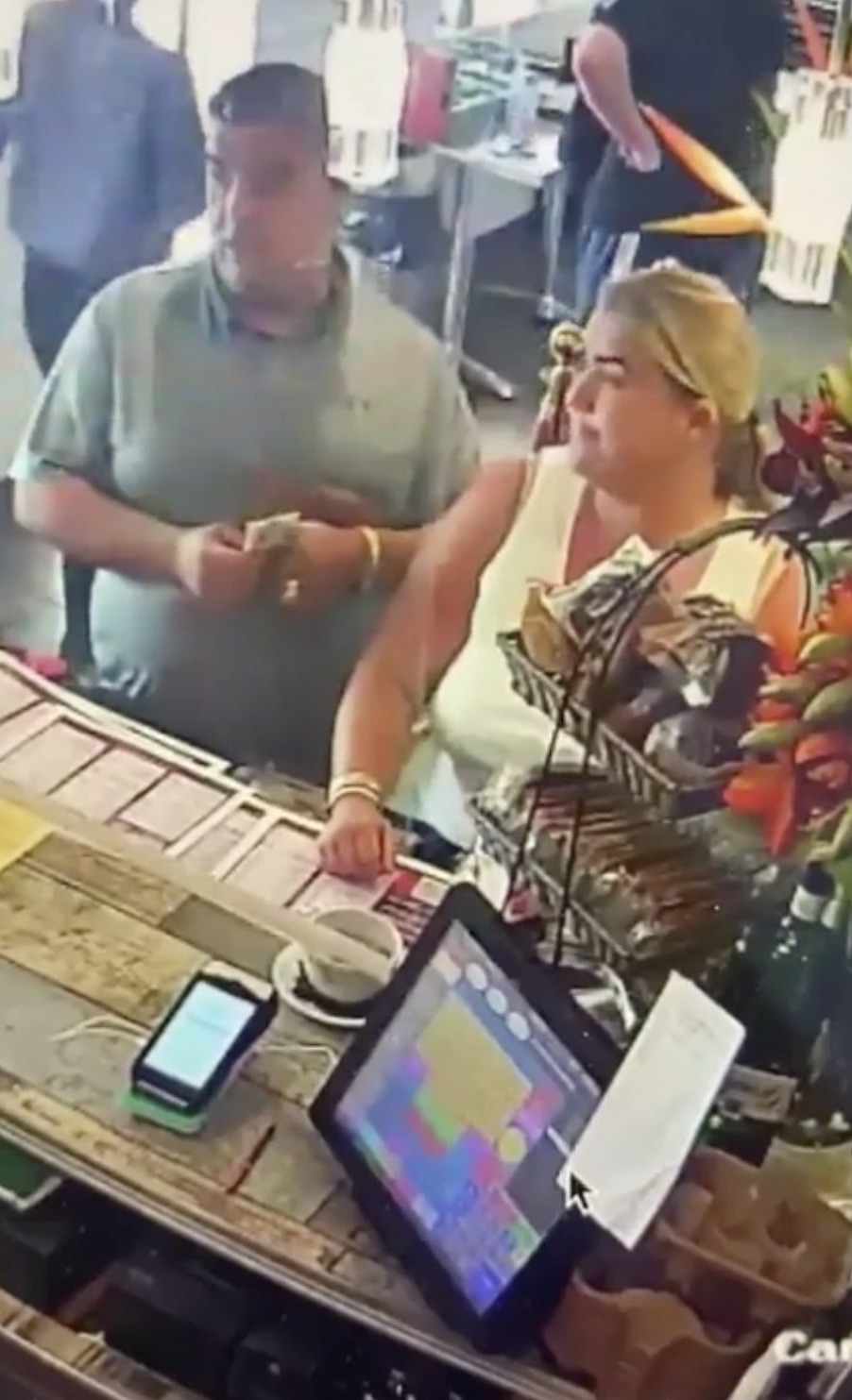 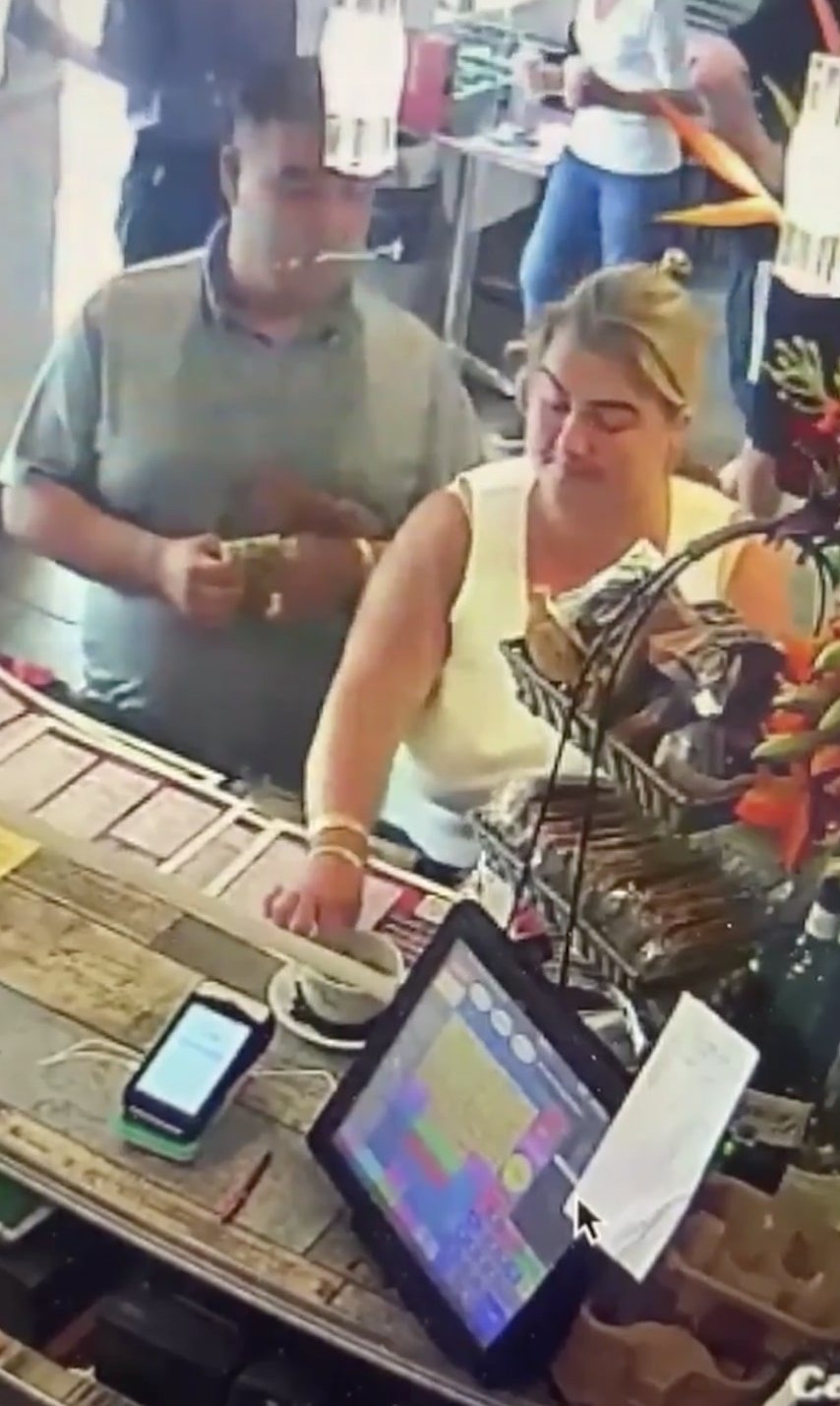 In the video, the couple can be seen standing in front of the counter and checking the area around them.

At some point, the woman appears to put her hand in the tip jar and seems to take some coins from it as the man looks at her.

Staff at the family-run café claimed the pair demanded a refund on the two breakfasts they had eaten, claiming they were not satisfied with it.

The couple allegedly took some drinks from the fridge as well, but did not pay for them, according to staff at the shop.

Café manager Zoe Kibble told MailOnline: "They came to the till and ordered two breakfasts and while the member of staff was distracted, they just opened the fridge next to the counter and helped themselves."

Ms Kibble estimates the couple cost the café £100, including the two breakfasts, the drinks and the tips.

She added: "We take on young people and it's going to have a knock on their confidence.

"They've worked hard for their tips on a really busy, hot weekend so for them to be told their food isn't good enough and have their tips taken from them is just not ok."

The Sun Online has contacted Sussex Police for comment. 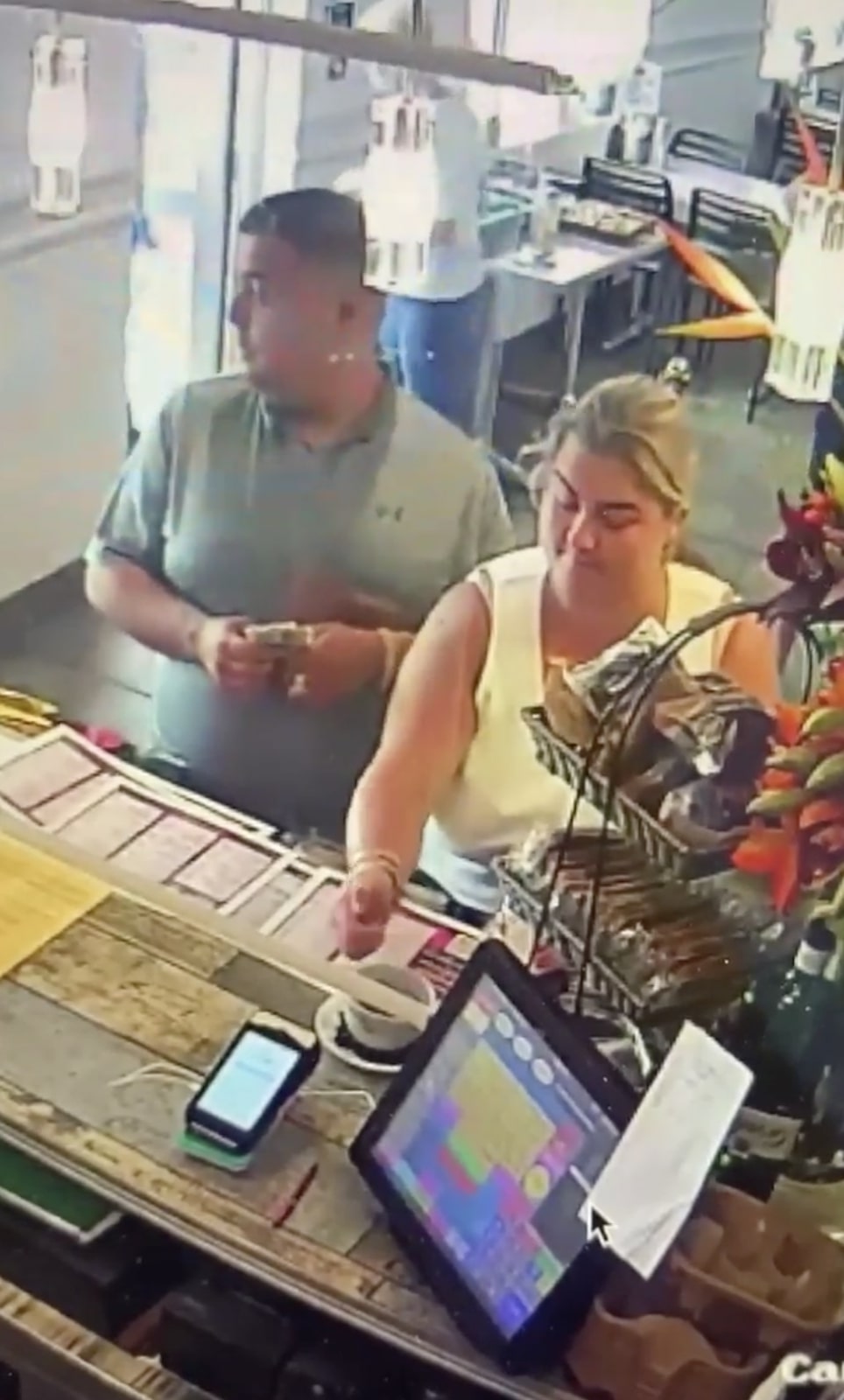 The incident came after cops rescued a beagle and another dog from the couple's roasting hot car – moments before the owner complained they had broken her window.

The clip begins with one of the officers forcing his baton through the top of a back window before smashing it open in the surging heat.

As the car alarm goes off, the owners can be seen rushing towards it, pleading with the cops involved. 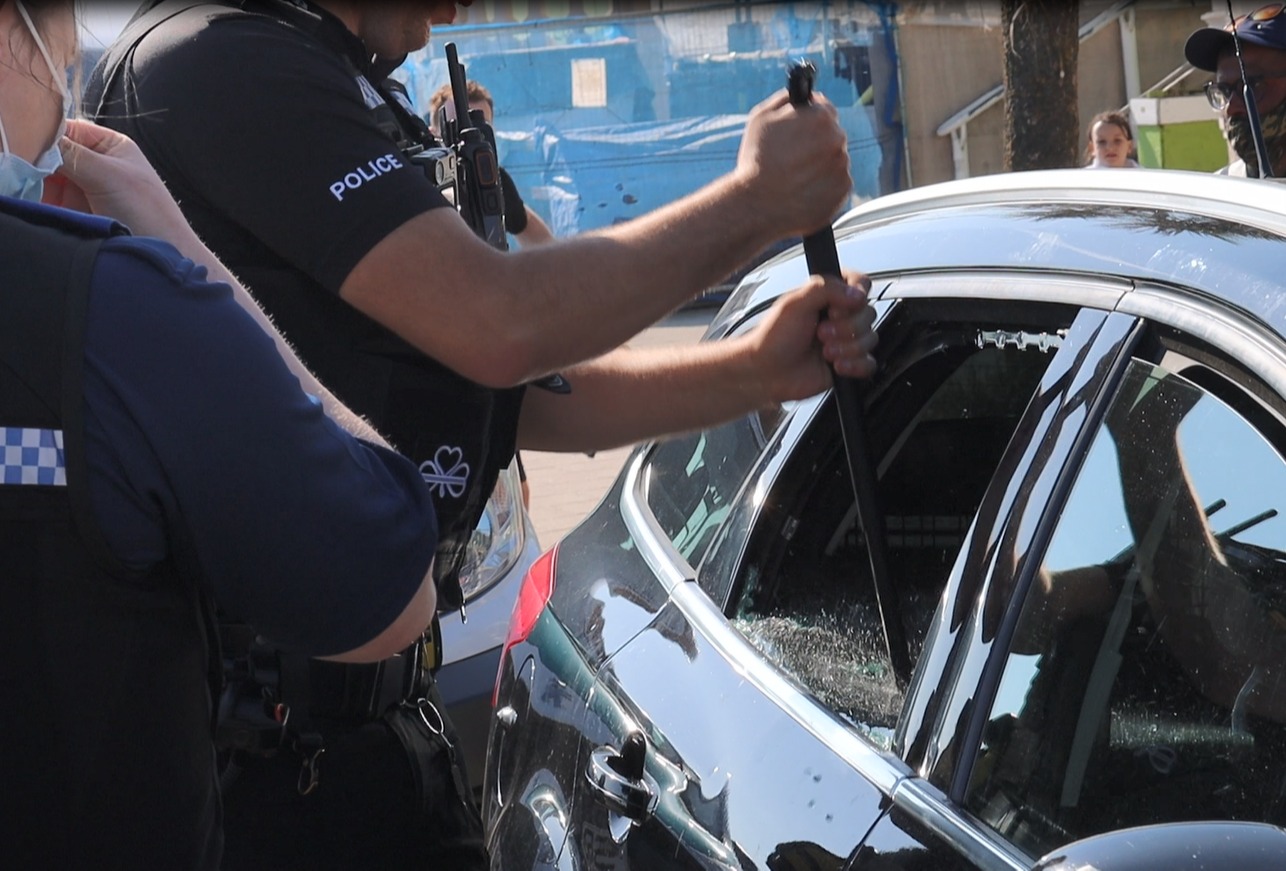 A woman can be heard saying: "You broke my window out", as she and her family stand in horror.

An officer responds: "It's a hot day. You shouldn't be leaving the dog in the car in this weather."

Dozens of beachgoers could be seen watching the panic unfold as temperatures surged to 29C in parts of the UK at the weekend.

But one local, who filmed the action, said the owners appeared to be unaware the heat could be deadly for their pooches. 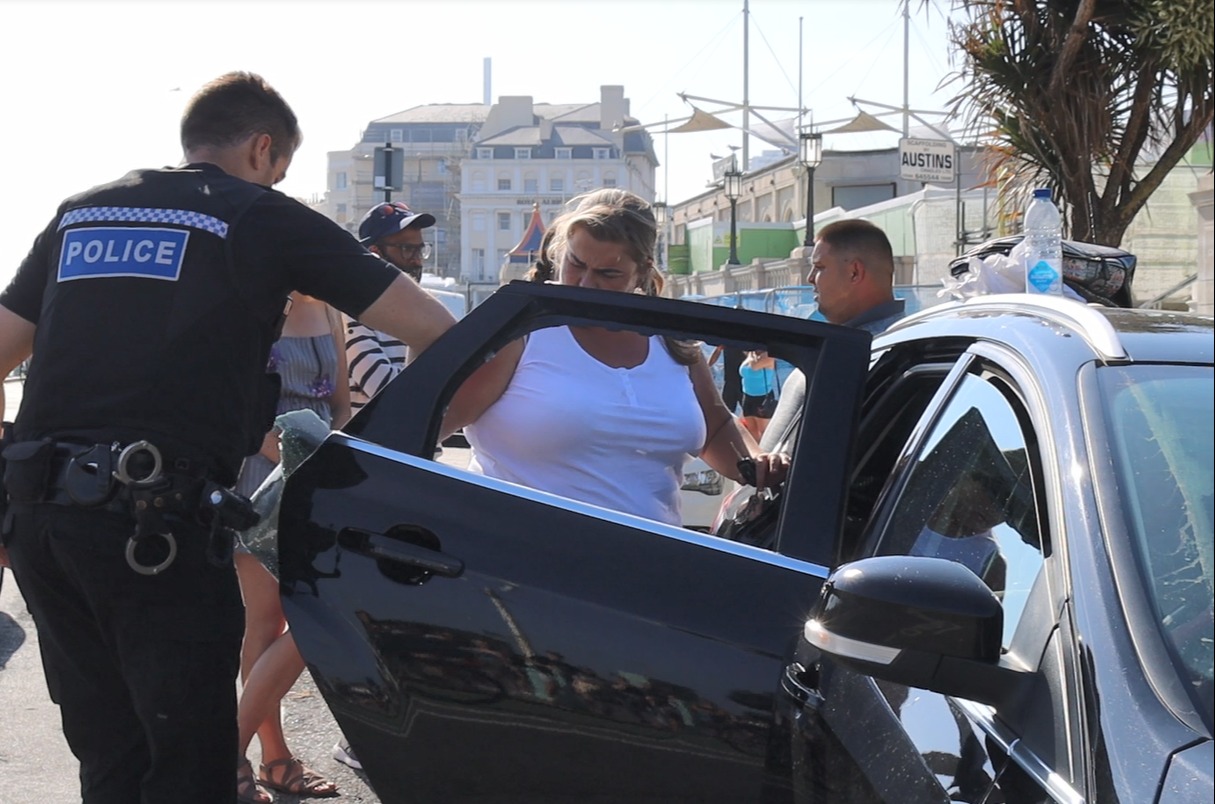 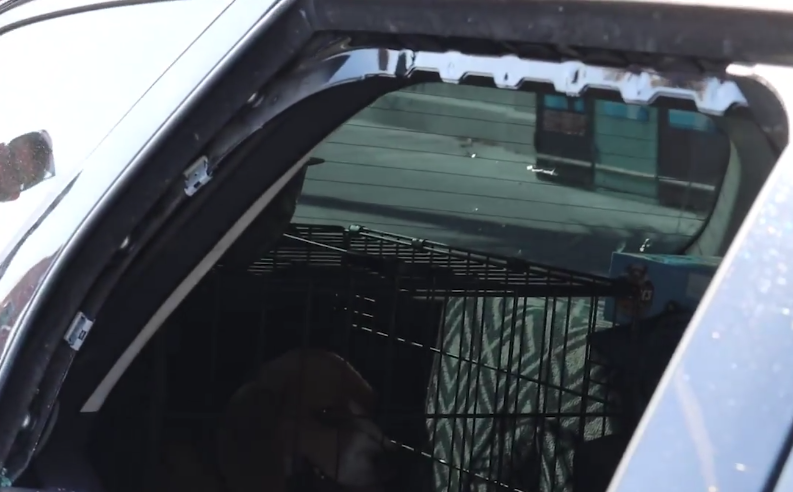 "Where they had parked there is just no shade," the onlooker told The Sun Online.

"It’s directly on the seafront in 25C weather outside – I've got no idea what it was inside the car.”

The witness said he saw one of the dogs panting in the car, from a "solid black cage" in the back.

But its owners were fuming when they found cops had broken in.

"At first it was 'what the f*** are you doing, why did you break my car window? I was only gone for 10 minutes'," the witness said.

"The bloke obviously thought he was completely in the right. He didn’t really seem to have much empathy.” 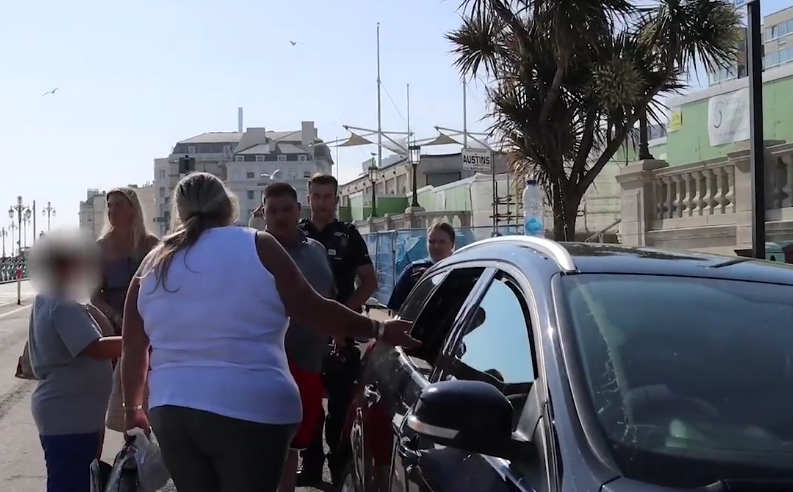 According to the RSPCA, cars can become "as hot as an oven" very quickly – with temperatures of 22C outside, soaring to 47C in a car within the space of an hour.

And cops urge anyone who sees a dog in a scorching vehicle to dial 999.

A police spokesperson told The Sun Online: "Sussex Police were called about two dogs left locked inside a car in the heat of the day yesterday on Madeira Drive, Brighton.

"Police officers attended and tried to get a contact number for the owners of the car but were unable.

"Officers had no choice but to smash the side window to gain access and a kind member of the public donated a bottle of water.

"The owners were given strong words of advice on returning to the car a short time later.

"The dogs, who were much improved after fresh air and water, were left with the owners. Dog owners should never leave a dog alone in a car on a warm day. If you see a dog in distress in a hot car, dial 999. "