Emily Thornberry faces a race against time today to secure enough support to make it into the final stage of the Labour leadership contest with nominations due to close at midnight.

Sir Keir Starmer, Lisa Nandy and Rebecca Long-Bailey are already guaranteed a place on the ballot paper in the battle to replace Jeremy Corbyn after they all secured the support of major unions.

But Ms Thornberry has failed to win big union backing which means she is reliant on securing the backing of constituency Labour parties to make it through.

In order to progress the shadow foreign secretary will need to secure the support of 33 CLPs.

As of this morning she is thought to have 30 in the bag which means she is within touching distance of the final round and needs just three more to advance. 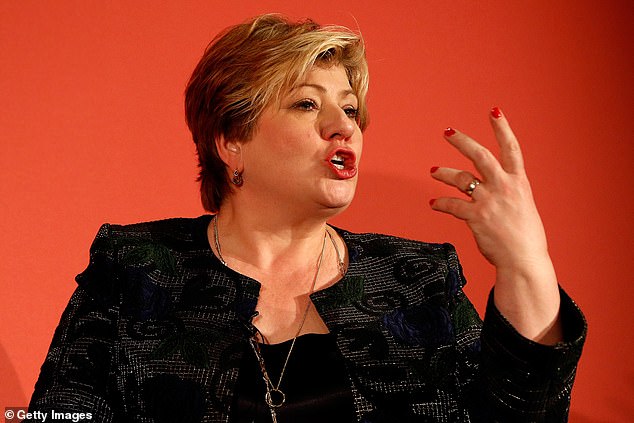 Emily Thornberry, pictured at a Labour leadership event on February 8, is scrambling to make it through to the final stage of the contest 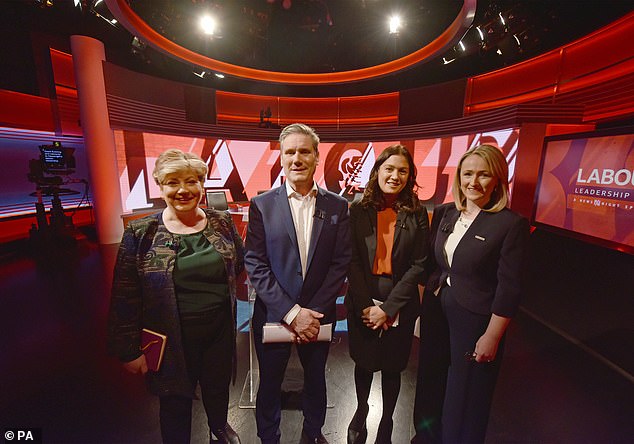 Ms Thornberry is hoping to join Sir Keir Starmer, Lisa Nandy and Rebecca Long-Bailey in the final round

By comparison, Sir Keir has the support of 370 CLPs, Ms Long-Bailey has the backing of 159 and Ms Nandy has 71.

All of the candidates who secure the required support will be put to a ballot of party members between February 21 and April 2.

Mr Corbyn’s replacement will then be announced at a special event on April 4.

Sir Keir is currently viewed as the prohibitive favourite to win the contest with Ms Long-Bailey widely expected to finish in second place.

Both Ms Nandy and Ms Thornberry face an uphill battle to make a major impression on the race.

The nominations deadline comes as Ms Long-Bailey prepares to use a speech this evening to claim that Labour will not be able to win the next election if it ditches the hard-left policies advocated by Mr Corbyn.

Labour suffered its worst election defeat since 1935 when it lost 59 seats in the December poll, a result that ushered in the first Conservative landslide since the 1980s. 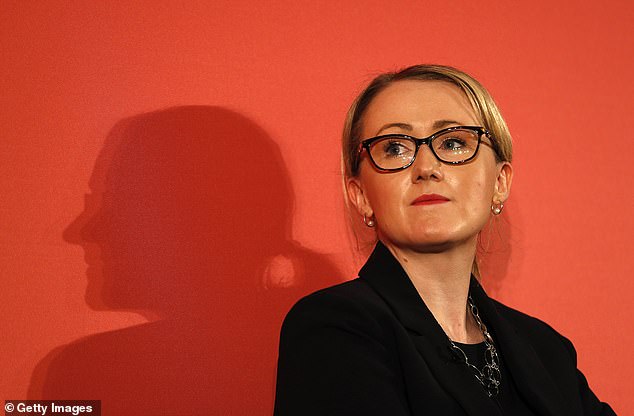 Rebecca Long-Bailey, pictured at a leadership event on February 8, will use a speech this evening to urge Labour not to ditch Jeremy Corbyn’s policies

But Ms Long-Bailey, Labour’s shadow business secretary, said the party must not row back from the ‘popular’ policies found in its manifesto but instead learn to explain them better.

She is expected to say: ‘I wouldn’t blame you for looking for an easy option to win next time.

‘Give up on something here, be less forthright there and we can win, you might hope.

‘But believe me, the path of despair is also the path to defeat.

‘Retreating from popular policies that provide answers to the crises facing our country is no route to victory.’

Amid cries of 'traitor,' Canada's Trudeau set for ugly election