An amateur wildlife photographer has captured the rare moment a leopard used a baby vervet monkey as bait in an attempt to lure in larger adults.

Thomas Retterath, from Germany, documented the scenes, in Botswana’s Okavango Delta, as the big cat toyed with the small primate.

No adult monkeys took the bait, and by the time Thomas and his tour group had to leave for their flight, the baby monkey was still alive and in the care of the leopard.

The photographer explained that instead of killing the baby monkey once it was captured, the leopard toyed with it, occasionally letting it go only to retrieve it again, comparing the way it played with the monkey to when a house cat toys with a mouse.

‘She bit down just so hard that the monkey was not hurt. She took it in her mouth, as if she were transporting her own offspring,’ Retterath recalled. ‘The cat apparently used the tiny one as bait in the intention that one of the adults would become careless and start a rescue operation.

‘We watched this spectacle for 30 minutes. None of the monkeys got cocky and we left the crime scene, because we had to get to our bush flight. The cat had not killed the monkey by then,’ he said. 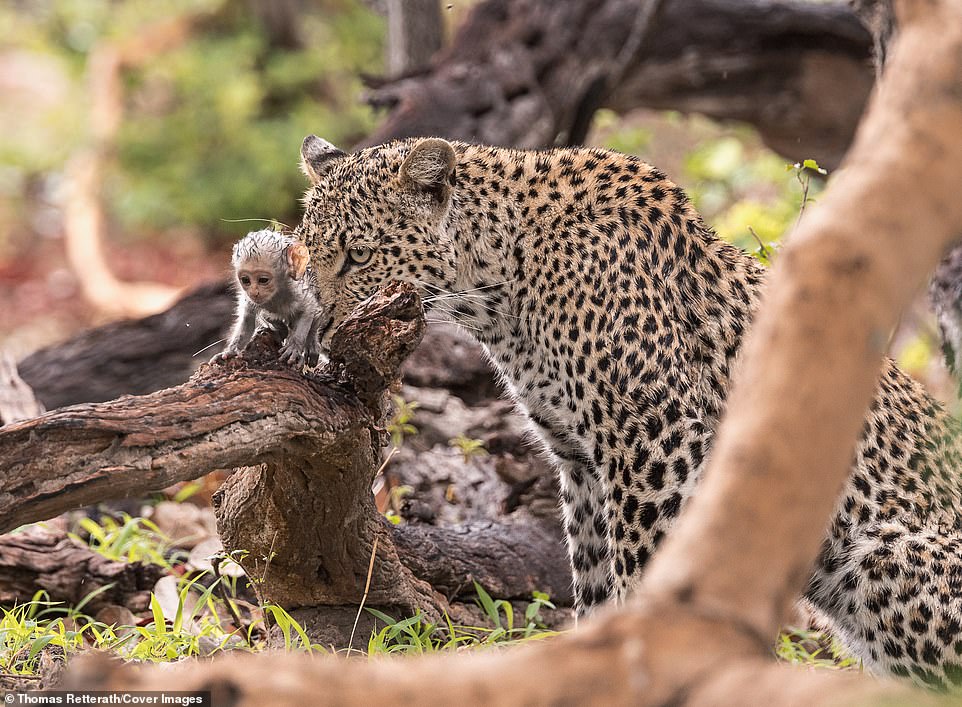 Amateur wildlife photographer Thomas Retterath, from Germany, captured the moment a leopard used a cute baby vervet monkey as bait in the Okavango Delta in Botswana. Pictured: The leopard crouches behind the baby monkey, that appears unaware of the potential danger that it is in. The leopard’s spots camouflage it against the background, hiding from prey 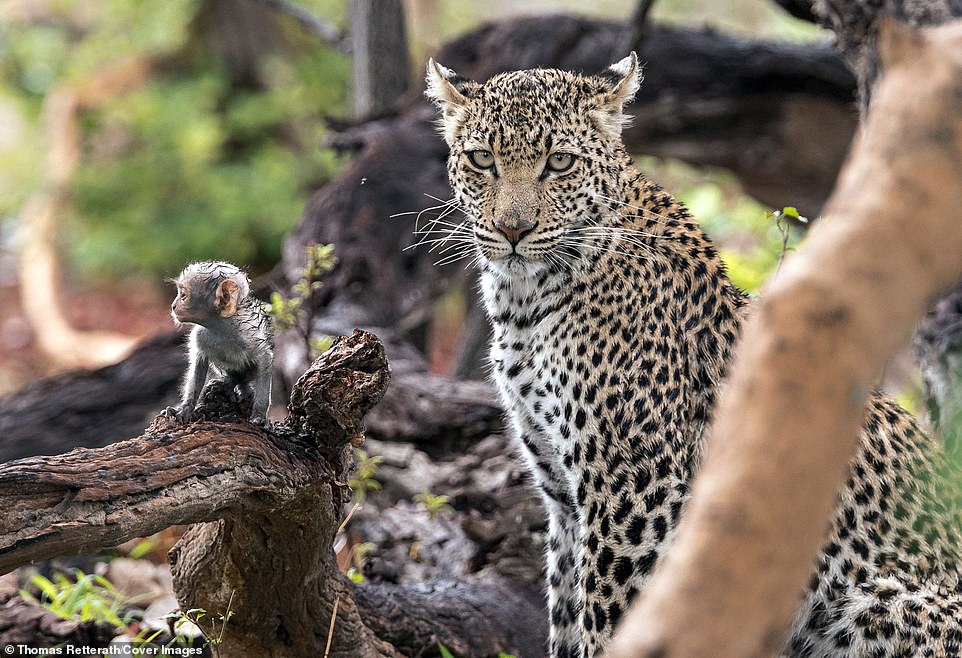 The leopard was trying to draw in other, larger monkeys with their baby, in the hope they would stage a daring rescue attempt. During his time observing the leopard, Retterath said that no monkeys took the bait. Pictured: The leopard appears to spot the photographer, staring directly at him as he takes snaps from a distance 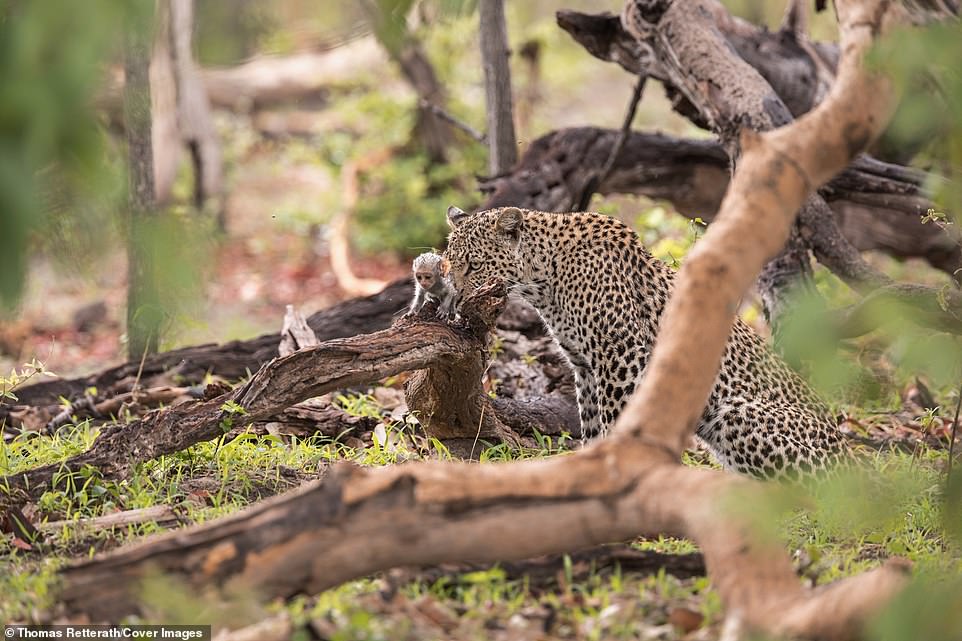 Photographer Retterath explained: ‘It had rained that morning and the safari had been very uneventful. Suddenly our guide heard nagging and shouting from monkeys in the bush.’ Leopards in the wild are a rare sighting 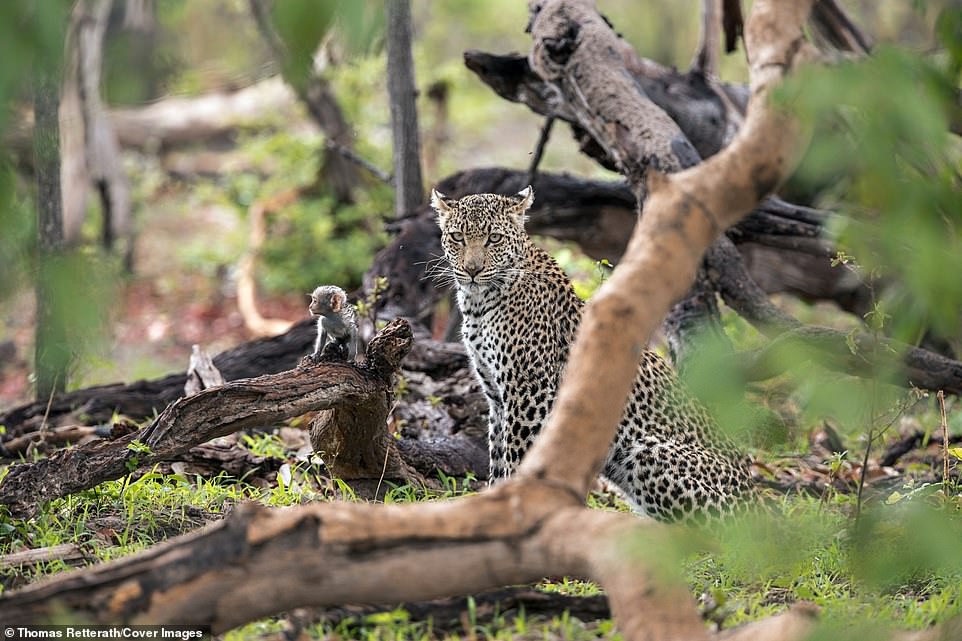 Spotted: A leopard’s camouflage and their tendency to keep hidden while stalking prey makes sightings of them in the wild a rare event. Some leopard’s are considered vulnerable, with some variants classed as extremely endangered, by wildlife conservation groups. Their coats make them a prime target for hunters who covet their spotted fur 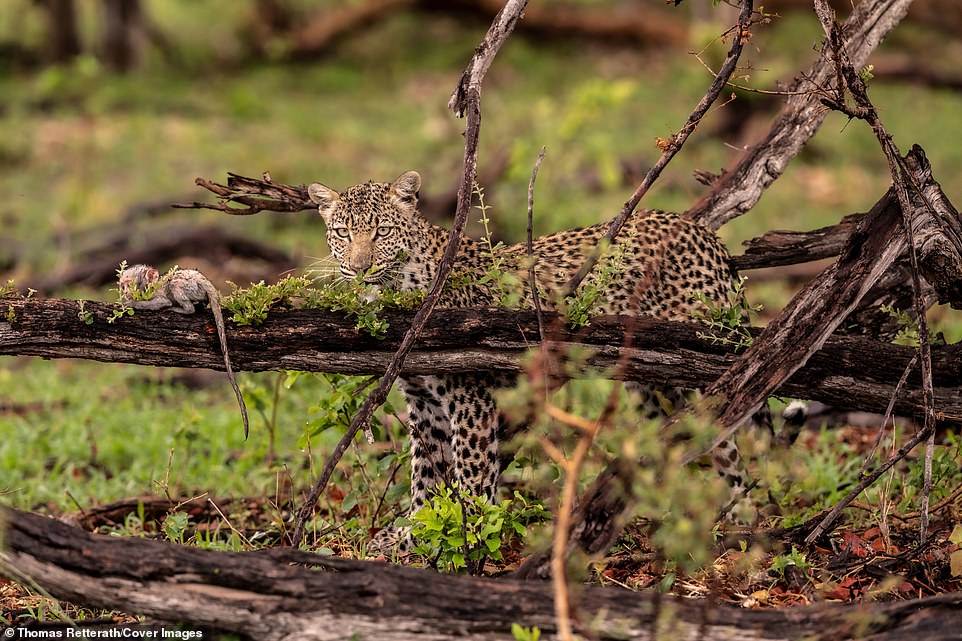 ‘Instead of killing the baby quickly, the cat played with him. The cat occasionally let go of the little one, only to bully him again a short time later,’ Retterath said. ‘The behaviour was very much like when a house cat catches a mouse.’ Pictured: The Leopard watches as the monkey plays on a fallen branch, patiently waiting for potential prey 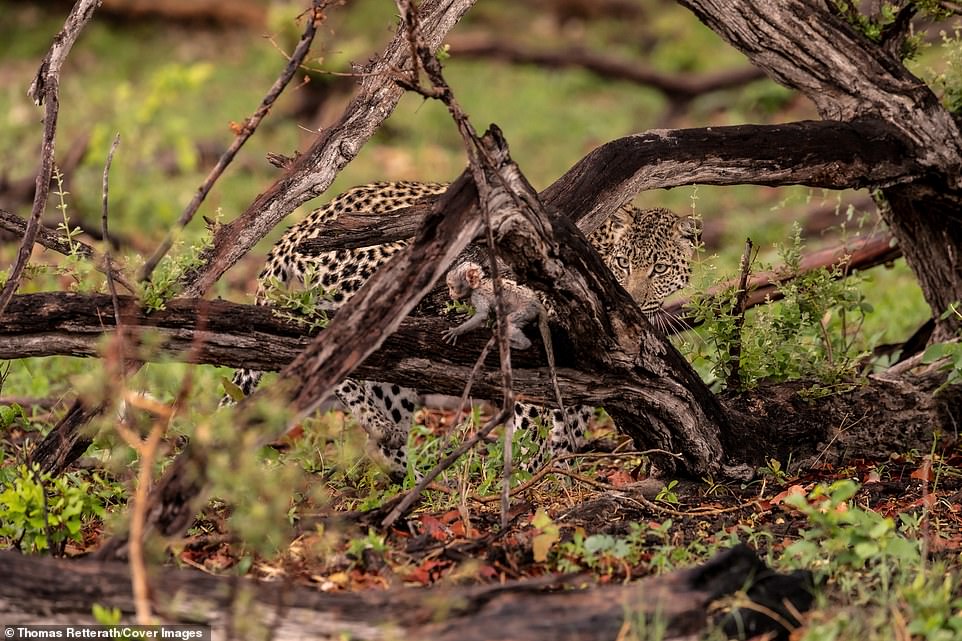 Leopards are often confused with the similar looking Jaguar, coming from the same genus, but they are distinguishable by their smaller frame, smaller ‘rosettes’ – or spots – which are more densely packed 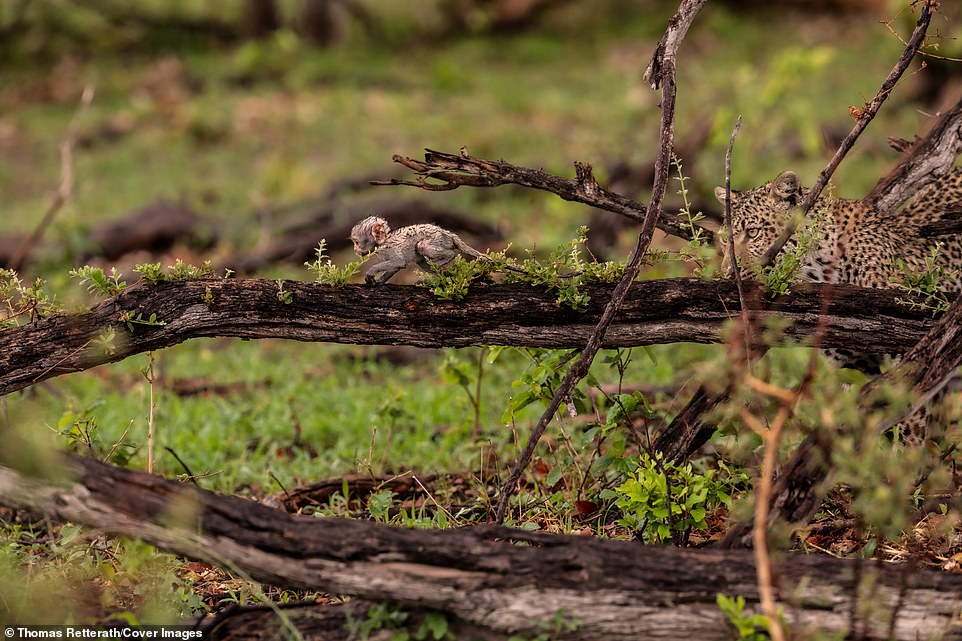 Retterath said that he watched the jaguar for 30 minutes, but during that time ‘none of the monkeys got cocky’. The group left the ‘crime scene’ in order to catch their flight home. ‘The cat had not killed the monkey by then,’ he said. Pictured: The money appears to make a break for it, but the leopard stalks behind it as the baby crawls along the branch

Squirrel in Colorado tests positive for the bubonic plague