Home » World News » DAILY MAIL COMMENT: Back Boris Johnson or get a coalition of clowns

DAILY MAIL COMMENT: Back Boris Johnson or we’ll get a coalition of clowns

Ever since Russia launched its evil war in Ukraine, Boris Johnson has been at the forefront of the world’s response.

While EU leaders dawdled, we trained Ukranian fighters to defend their country. Thanks to missiles that we provided, countless Russian tanks now lie twisted, smouldering wrecks.

But while Vladimir Putin’s rockets rained down on Kyiv, back in Westminster the Prime Minister’s rebellious backbenchers continued to indulge in navel gazing.

Having failed to dislodge Mr Johnson three weeks ago, they’re now seeking to tinker with party rules which will allow them to hold another no-confidence vote in the coming weeks.

Meanwhile, six Red Wall MPs are said to be considering defecting to Labour in a shameless bid to cling on to their seats. 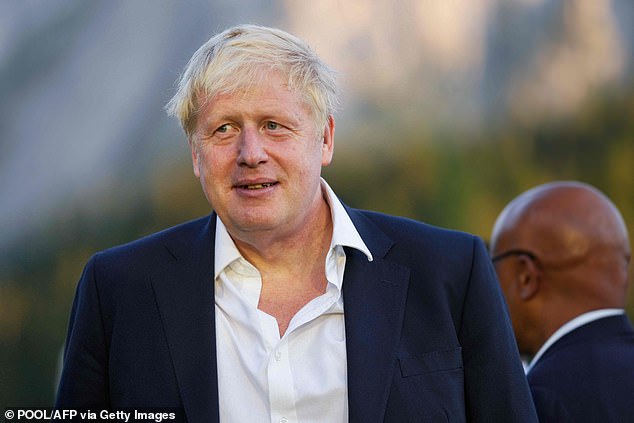 The consequences of all this unseemly in-fighting for the Conservatives are set to be considerable.

Such a system would not only consign the Conservatives to the electoral wilderness. It would plunge Britain into the quagmire of European-style coalitions with Labour propped up not just by the Lib Dems and the SNP (though that thought alone is terrifying enough) but would inevitably come to involve the political ingenues from the Greens and Plaid Cymru. Those Conservative MPs seeking to remove Mr Johnson should pause to consider that appalling prospect.

Then ask themselves whether it is really a price worth paying.

The future of the monarchy depends upon two simple things: Its probity and its ability to remain above the political fray.

The Prince of Wales’s decision to accept £2.5million in cash from a controversial Qatari politician for one of his charities throws both those qualities into question.

Leaving aside why one of the donations was handed to Charles in carrier bags stuffed with €500 notes – though such a sordid image is a terrible look for a future King.

Questions will inevitably be raised as to how the Prince’s charitable fund secured such generous sums of money.

Clarence House insist the donations were entirely above board.

Perhaps so, but it displays a worrying lack of judgment.

If Charles is to be a successful monarch, he will need much wiser counsel.

Under the cover of the cost of living squeeze, another crisis is ruining lives: The pernicious crime of fraud.

As our investigation today reveals, Britain has become a conman’s paradise, with 40 million adults targeted by repugnant swindlers this year as the financial crunch begins to bite.

But with police dedicating just 2 per cent of their resources to tackling this scourge, perhaps we should not be surprised.

Which is why we’re launching our Stop the Scammers campaign with a five-point manifesto on how the Government, police and internet giants can together help stamp out this rapidly increasing menace.

These crimes often have a deeply traumatic impact on victims – often the elderly and vulnerable.

It’s high time we started treating them with the seriousness and severity they deserve.