DEA discovers 2,000ft smuggling tunnel between Tijuana and San Diego and 4,000 pounds of drugs worth $29million

A 2,000-foot underground tunnel connecting Tijuana, Mexico, and San Diego, and a massive haul of drugs worth $29.6million was discovered, the Drug Enforcement Agency revealed on Tuesday.

The DEA said agents on the San Diego Tunnel Task Force made the tunnel discovery March 19 before reaching out to Mexican authorities for additional support.

The tunnel was built by a transnational cartel and extended from Tijuana, Mexico, to the Otay Mesa area of San Diego. 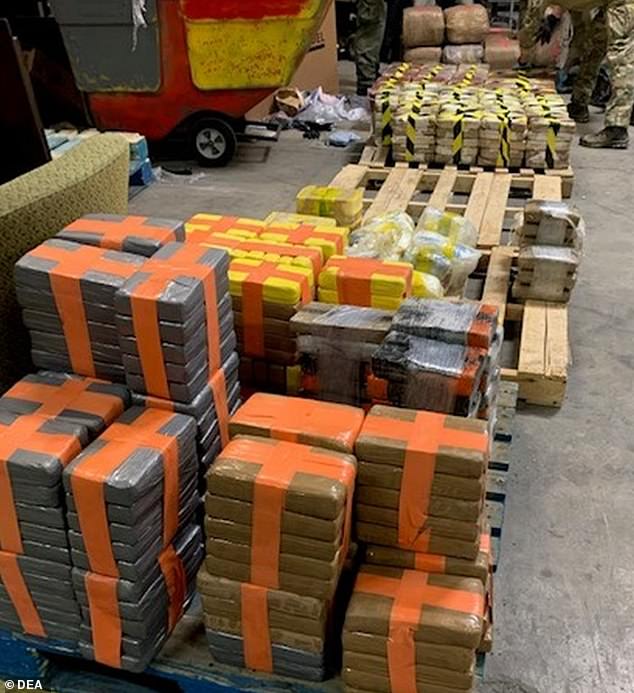 The DEA announced Monday it seized more than 4,000 pounds of cocaine, marijuana, heroin, methamphetamine and fentanyl that were shipped across a 2,000ft cross-border tunnel is discovered March 19 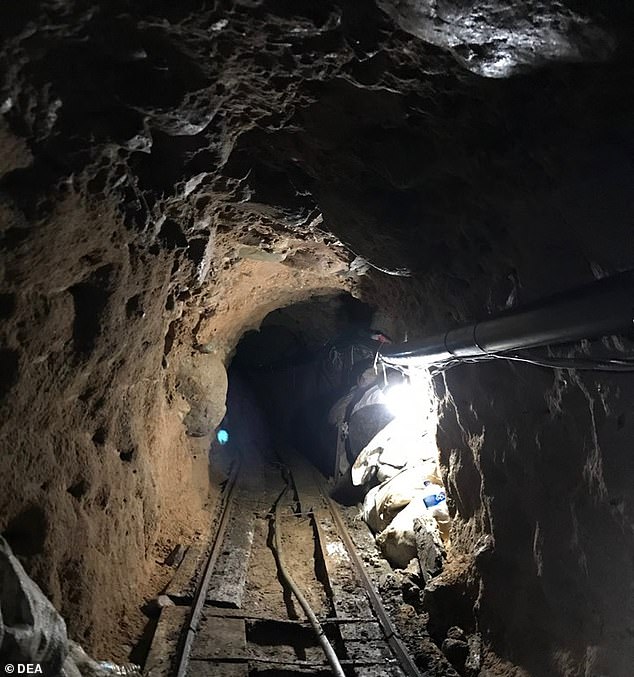 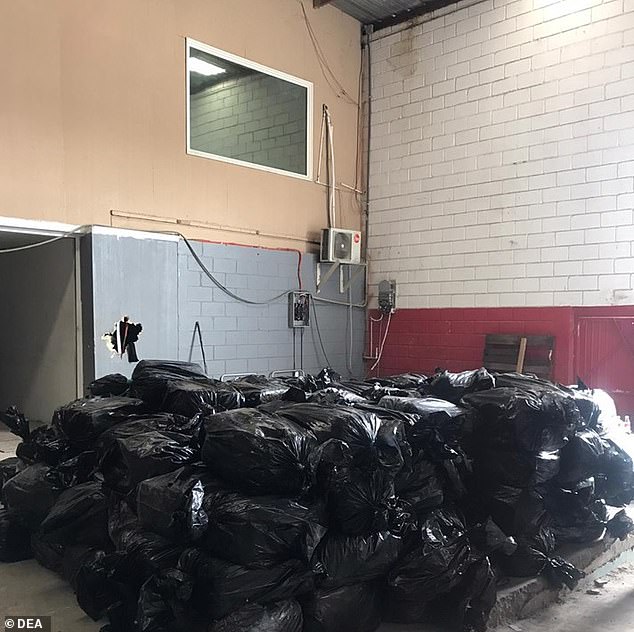 The confiscated drugs have an estimated street value of $29.6 million, according to the DEA

Federal investigators said the underground passageway is at least 31 feet underground and almost three feet wide throughout its trajectory.

It is the first time in San Diego’s history that five different types of narcotics were found inside a tunnel. 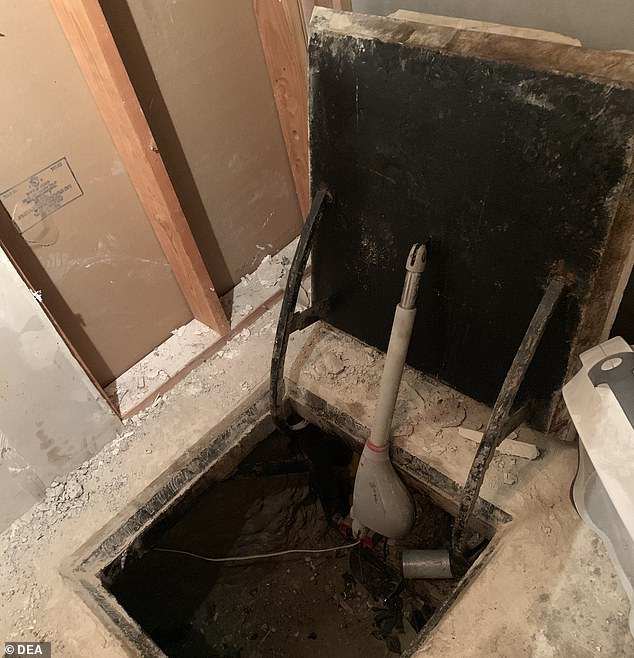 A hatch leading to a cross-border tunnel connecting two warehouse operated by a cartel to ferry drugs from Tijuana, Mexico, to San Diego is pictured 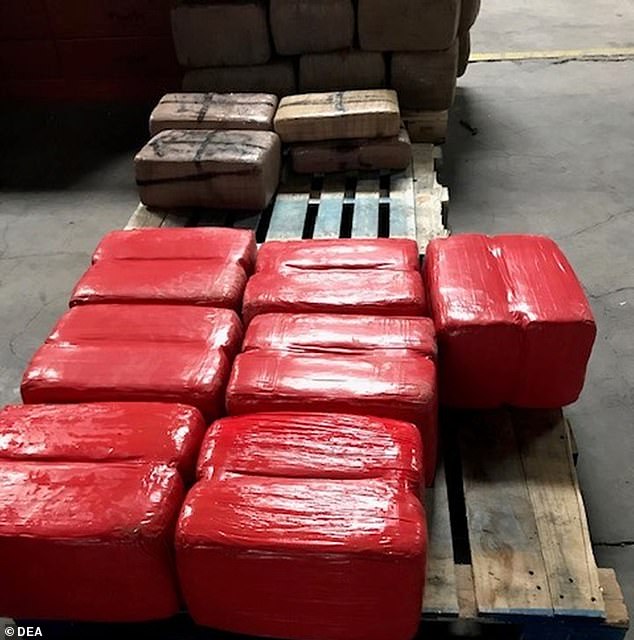 ‘I hope this sends a clear message that despite the ongoing public health crisis, HSI and our law enforcement partners will remain resilient and continue to pursue criminal organizations responsible for the cross-border smuggling of narcotics into the United States.’

The DEA estimated that the tunnel was built several months ago. The tunnel is equipped with fortified walls, ventilation, lights and a rail system, which allowed the smugglers to easily ferry the drugs through the Mexico-United States border. 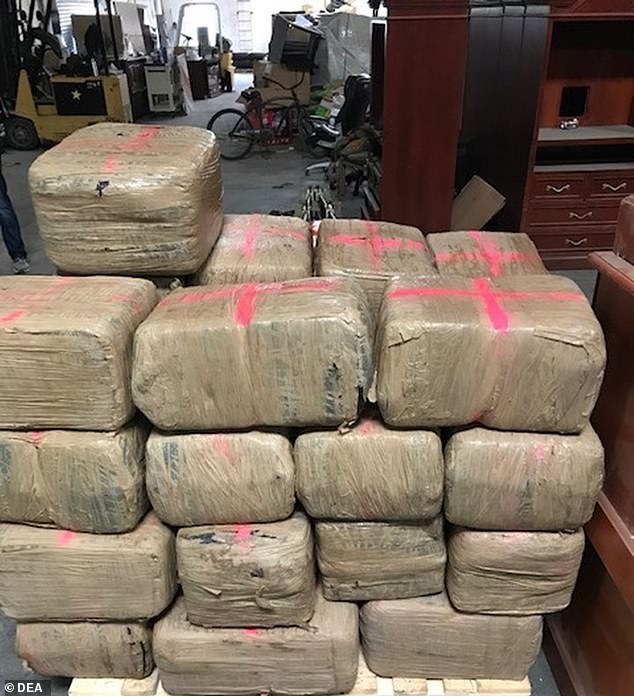 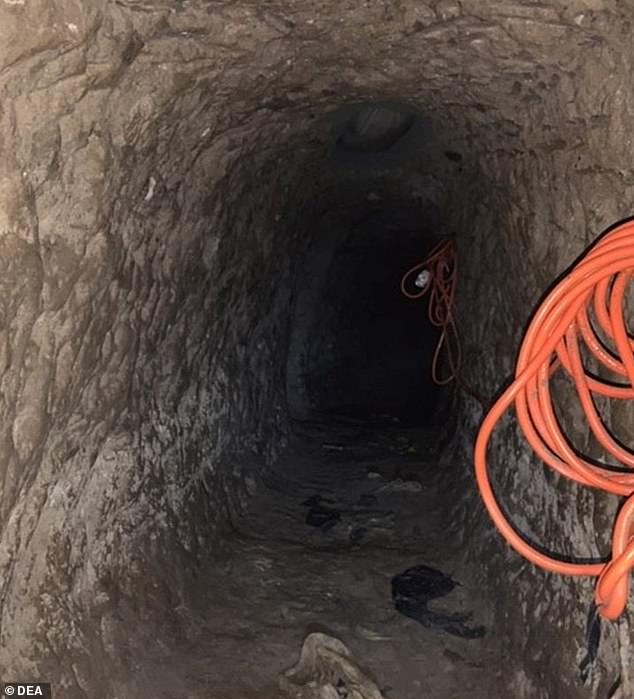 The clandestine narco tunnel was built 31 feet below the surface and extended 2,000 feet

The agency said it received support from Mexico’s Attorney General and the Secretariat of National Defense to find the tunnel’s entrance in Tijuana before a federal judge in California approved a search warrant for the San Diego warehouse, the location of clandestine passageway’s exit in the United States.

‘This time, we seized a jaw-dropping $30 million worth of dangerous drugs that aren’t going to reach the streets… This takedown is even more significant in the face of a global pandemic, where stopping the movement of unauthorized people and packages across international borders is of utmost importance.’