Three huge snakes were found dumped near a loch near Glasgow, causing an animal welfare charity to issue an appeal for information ahead of their investigation into the incident.

The three dead boa constrictors were found next to stacks of rubbish at a fly-tipping spot near Carbeth Loch in Blanefield, north of Glasgow.

The welfare charity called the discovery ‘very concerning’ as they appeal to the public for help in their investigation. 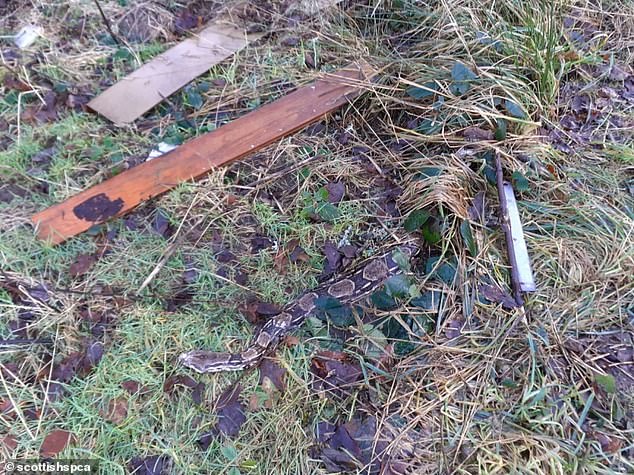 The three dead boa constrictors were found next to stacks of rubbish at a fly-tipping spot near Carbeth Loch in Blanefield, north of Glasgow

Boa constrictors are a species of large, non-venomous, snake. They are usually found in the wild in warmer climates around South America and the Caribbean.

Due to their long and heavy bodies, they can wrap themselves around their prey, crushing them to death.

It is not uncommon for them to be kept as exotic pets, but they require large vivarium tanks as some can grow up to 12ft (3.7metres).

The Scottish SPCA said they were alert to the incident after the discovery.

SPCS inspector Mairi Wright said: ”They were lying close together, next to bags of rubbish at a fly-tipping spot. 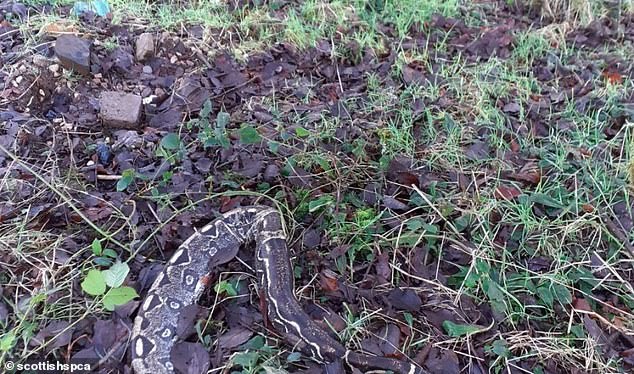 ‘We are unsure of the cause of death for these reptiles, but the circumstances they were found in are very concerning.

She added: ‘We are keen to ascertain what happened to these snakes and how they came to be there.

‘If anyone recognises these reptiles, please contact our confidential animal helpline on 03000 999 999.’