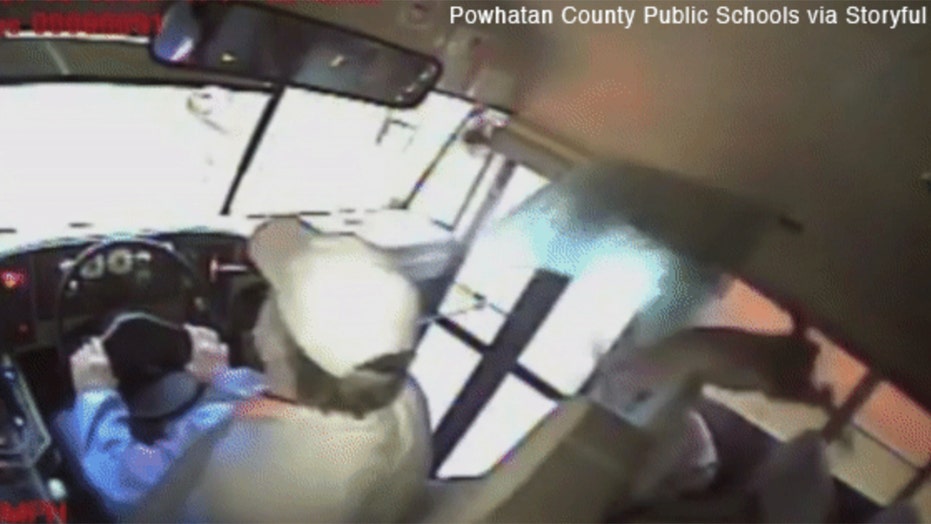 The buck did not stop here.

But a small deer shot through a Virginia school bus’s front window Thursday morning – slamming into a sleeping student in the front seat before scrambling to its feet and sprinting back outside, video shows.

Grainy surveillance video recorded on a Powhatan County, Va., bus shows the animal leap in through the moving vehicle’s windshield. The startled student sits up and looks around as the deer scrambles about frantically before tumbling into the aisle.

Even with the camera recording the back of his head, the driver looked visibly surprised. But after assessing the situation, he opened the door, the deer ran off the bus, and he coolly resumed driving.

WHERE ARE SCHOOLS REOPENING FROM CORONAVIRUS CLOSRES? SEE THE MAP

Amid a series of profanities, passengers can be heard asking, “What the hell?” and wondering aloud what had just happened.

No one was hurt, assistant superintendent Larry Johns told the Richmond Times-Dispatch newspaper, and the deer appeared to be OK as well, sprinting away across a nearby field.

The driver had avoided hitting a different dear moments before the crash, a local official told the newspaper, but the second one leapt out and surprised him.

“The deer jumped up at about the time the bus hit it,” he told the paper.

FTSE 100 opens up as investors welcome easing of lockdown