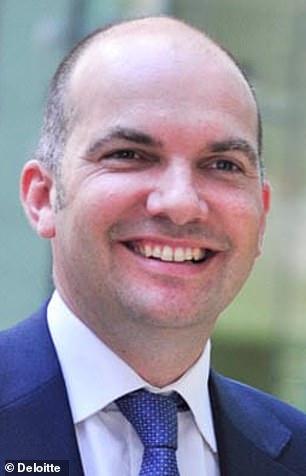 Stephen Cahill has been allowed to retire from Deloitte in a move staff said ‘does not feel moral’ after an alleged racist, sexist and bullying rant

A senior Deloitte partner is leaving the firm months after an alleged 30-minute drunken meltdown at Ascot races that was sexist, racist and bullying in tone and offended ‘every collective group’ of minorities.

Stephen Cahill’s profile on the accountancy giant’s website was deleted this week as staff were told he was retiring from running the firm’s ‘executive compensation practice’.

Cahill, who is likely to have earned more than £1million-a-year, was accused of making sexist, racist and bullying remarks during a half-hour booze-fueled tirade at Ascot racecourse on June 14 this year.

This week his colleagues were told he was retiring after 14 years at Deloitte.

One insider told MailOnline they were ‘shocked’ he had been allowed to retire given the former boss of Deloitte UK, David Sproul, had previously made clear the firm would fire anyone involved in ‘inappropriate behaviour’.

The now-former Deloitte partner had been at the horses with a group of friends when he decided to join around 30 colleagues from his department who were there for a company social event.

A witness told the Financial Times that Cahill had been drinking heavily before launching into a rant that was sexist, racist and bullying and left some people there ‘completely deflated’.

There was also an offensive remark about an employee from an ethnic minority, it is alleged, with a witnesses accusing him of offending ‘every collective group [of minorities]’ with the rant. 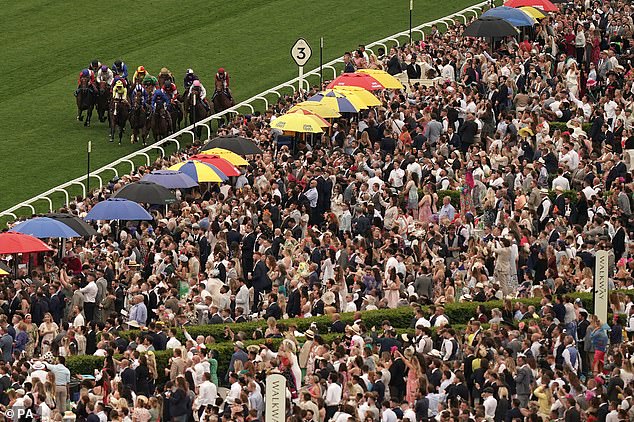 A witness to the rant told the FT: ‘Badging it as a retirement is not appropriate. Big companies have so much education and training on what is appropriate and taking a zero-tolerance approach . . . This does not feel like “zero tolerance”.’

The other witness said they spoke to the press having been appalled by Deloitte’s handling of the matter. ‘This does not feel moral’, they said.

A company spokesman said: ‘Stephen Cahill is retiring from Deloitte. We don’t have any comment on Stephen’s retirement’.

The Deloitte row is one of a number of recent scandals involving senior staff, often fuelled by booze on company trips.

Last year a partner at Ernst & Young resigned his position after he was reprimanded for telling a female trainee ‘I am going to f**k you’ on a company ski trip.

Neil Hutt, a partner of 16 years with Ernst & Young, was found to have behaved in an ‘obscene and aggressive’ fashion when he made the remark to a junior colleague, a disciplinary by the sector’s governing body found. 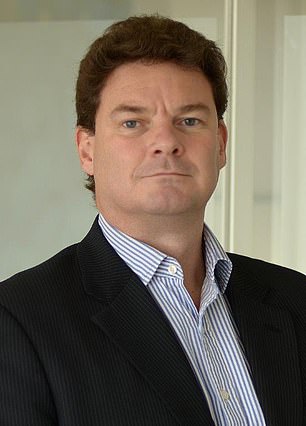 Neil Hutt, a partner of 16 years at Ernst & Young resigned after being reprimanded for making obscene remarks to a colleague

But despite the finding, the Institute of Chartered Accountants in England and Wales determined that he would not be struck off as there was no risk of repeated behaviour.

However, since the panel’s report was made public, Mr Hutt has resigned from the company with immediate affect.

In an email seen by MailOnline and sent to the company’s employees, Ernst & Young’s UK Chair Hywell Ball said he was upset that employees’ trust in the firm ‘had been damaged’.

He insisted that the leadership team is committed, to creating a workplace where ‘everyone feels safe and belongs’ but admitted this incident showed they still have ‘a long way to go’.

A spokesman for Ernst & Young said: ‘We can confirm that Neil Hutt has offered his resignation from EY UK LLP, which has been accepted and takes place with immediate effect.’

Neil Hutt was reprimanded and handed a financial penalty by the company after the incident in 2019.

The female trainee was left ‘shocked and disappointed’ following the 51-year-old’s remarks on an annual EY ski trip for partners and staff, the panel was told.

Following an investigation in which he said he had ‘taken a joke too far’ the partner was fined £75,000 by the firm but kept his job after agreeing to attend diversity and inclusiveness training.

In August a PwC auditor launched a £200,000 lawsuit against the firm after he suffered a severe head injury after ‘excessive’ pub golf drinking game on a work night out.

Michael Brockie is suing his employer after he was left in a coma when he fell on the night out in Reading in April 2019.

The 28-year-old ended up having part of his skull removed by doctors and spent six months off work recovering, although it is claimed he still has ‘persistent cognitive symptoms’.

In his claim to the High Court, lawyers for the auditor say PwC should be held liable for the negligence of Simon Fradgley, the manager in the Reading office audit department who organised the event.

It is alleged Mr Fradgley ‘failed to take reasonable care for the safety of co-workers’ and pressured people into attending the event, which saw staff told to visit nine bars and pubs in the town.

The Financial Times reports court papers say those who attended were told to down pints in as few mouthfuls as possible – with the lowest scores being the winners – and it ‘encouraged excessive consumption of alcohol’. 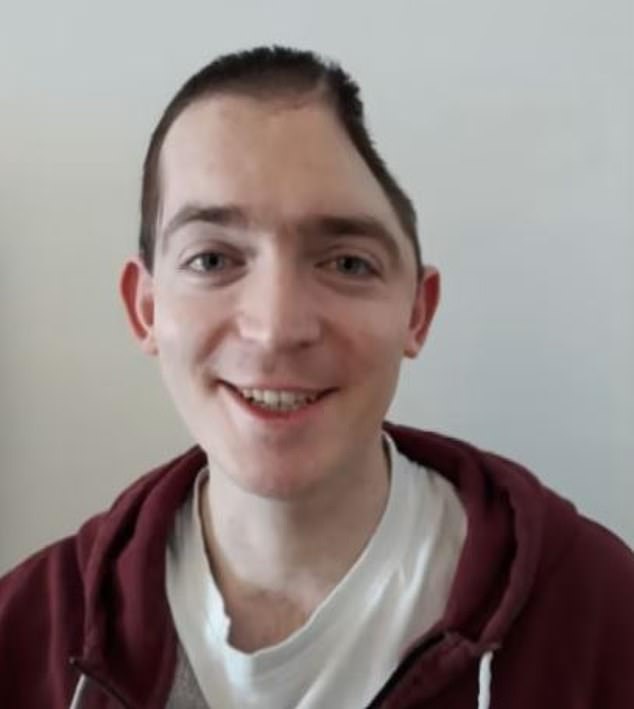 Michael Brockie (pictured), an auditor at PwC, had part of his skull removed after suffering a brain injury on a work night out 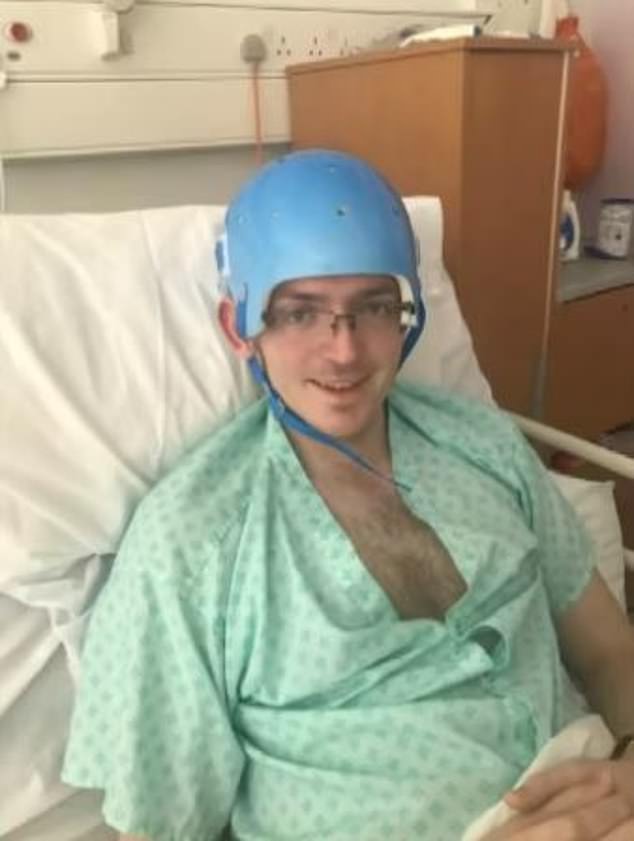 Mr Brockie, who had been working as a senior associate – a role that pays on average £41,000-a-year – for the firm at the time, was found lying in the street after falling down.

He would spend months recovering from a ‘moderate-severe brain injury’ before going back to work part-time in October 2019.