THIS is the disgusting moment a man takes a poo outside a Marks and Spencer’s store in Oxford Street in broad daylight.

A clip shows the man pulling down his trousers and defecating on the busy Central London street in front of horrified shoppers. 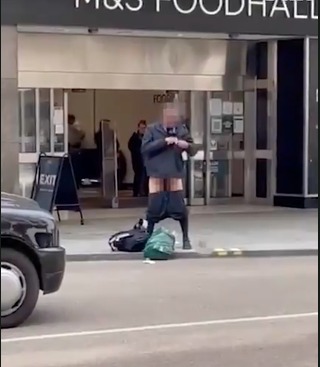 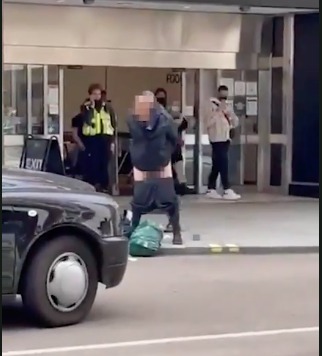 During the footage, the man can be seen with his trousers half-way down, as a disgusted onlooker is heard saying: “This guy has just s*** on the floor.”

The man later takes tissues out of his coat pocket and wipes his backside – right in front of shoppers filing out of M&S.

A member of the public is heard saying: “That’s disgusting”.

The man then pulls up his trousers and walks away as if nothing has happened.

He is pursued down the street by a security guard from the M&S store who appears to be reporting him over the phone.

The footage was uploaded to Twitter on May 1, when the incident is alleged to have happened.

The caption alongside the video reads: “So on Oxford street today, a man decided he’d take a big s*** on the floor and just leave it there… no f**** given.

The Sun Online has approached Marks and Spencer’s and the Metropolitan Police for comment. 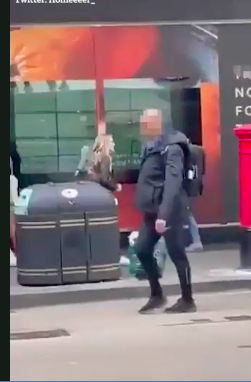