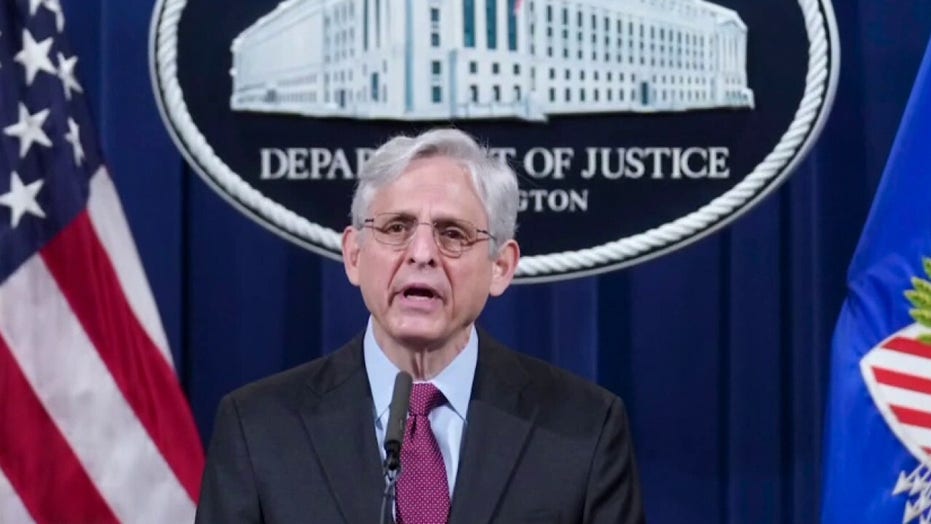 AG Garland signals feds will step in to reform police

Federal law enforcement officers are prohibited from the use of “chokeholds” and “carotid restraints” in most instances, and instances in which agents can perform “no-knock” or unannounced entries have been limited, the U.S. Justice Department announced Tuesday.

Newly established department-wide policies “explicitly” ban officers from using such restraints, unless deadly force has been authorized – “when the officer has a reasonable belief that the subject of such force poses an imminent danger of death or serious physical injury to the officer or to another person,” the department said in a Tuesday press release.

The changes apply to federal agents who work under the Department of Justice, or, in some cases, to local police departments who work with the DOJ through a joint task force.

The new DOJ policy also decreases the circumstances in which “no knock” entries are permitted, but allows for such entries when an agent “has reasonable grounds to believe that knocking and announcing the agent’s presence would create an imminent threat of physical violence to the agent and/or another person,” the DOJ said.

“As members of federal law enforcement, we have a shared obligation to lead by example in a way that engenders the trust and confidence of the communities we serve,” Deputy Attorney General Monaco said in a prepared statement. “It is essential that law enforcement across the Department of Justice adhere to a single set of standards when it comes to ‘chokeholds,’ ‘carotid restraints’ and ‘no-knock’ entries. This new policy does just that and limits the circumstances in which these techniques can be used.”

This is a developing news story. Please check back for updates.

Nun begs Myanmar police to stop but killing continues around her

Navalny taken to Germany for treatment after suspected tea poisoning