Don Lemon had a bittersweet onscreen goodbye as he prepares to switch to a new time slot.

The CNN anchor, 56, reflected on his last eight years in prime-time news as he gave an emotional speech Friday on the final episode of Don Lemon Tonight, before he joins CNN's morning show as a co-anchor alongside Kaitlan Collins and Poppy Harlow.

"Not goodbye, but certainly the end of an era as we sign off this last broadcast of Don Lemon Tonight, more than eight years, thousands of hours of live TV, historic moments and tough conversations," Lemon said. "A lot happened between 10 and midnight, or later."

He watched on as clips played of him covering the legalization of same-sex marriage, the Stoneman Douglas High School shooting, the January 6 Capitol attack, Russia's invasion of Ukraine and other big moments, as well as interviews with Morgan Freeman, Mike Tyson, Spike Lee, LeBron James and former President Donald Trump.

"This is it, the final Don Lemon Tonight. It's a bittersweet moment for me, but it's not going to be a sad moment. I'm not going to be sad about it," he said. "I'm just going to miss working with all of the great people who really work their butts off every single day to put this show on the air. So tonight, this isn't about me, this is about you guys who are in the control room and in this studio. This is about you."

Never miss a story — sign up for PEOPLE's free daily newsletter to stay up to date on the best of what PEOPLE has to offer, from juicy celebrity news to compelling human interest stories.

Lemon thanked his colleagues for having his back in tough situations, as well as when his older sister suddenly died in 2018. "I am immensely grateful to all of you. You will always be my family. We were all in this together," he continued. 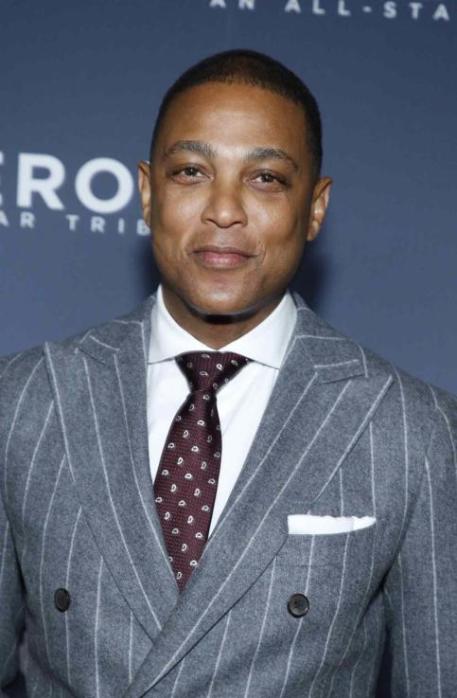 The This Is the Fire author admitted there were some parts of the show he won't miss. "I'm not gonna miss the brain-fog from these hours, getting off at midnight, nor the late night meals, which gave me dad bod. All of us, we gained and lost so much weight together," Lemon joked.

Lemon concluded with a message for his loyal viewers: "I know I was not always perfect because no one is perfect. There are immense pressures that come with this job, and in particular, this time slot at 10 p.m., when people are going to bed. So sometimes, all I could do — I'm gonna be honest with you — is just smile and just get to the commercial break sometimes.

"Sometimes it was exhausting because some of the things that we discuss here are so personal and so consuming — all-consuming. So, I hope I made you proud, and I thank you for tuning in all these years, and I hope that you're going to join me in the morning. So, I will simply say, goodnight and I will see you soon," Lemon concluded.

RELATED VIDEO: CNN's Don Lemon Says a Breakup Helped Him Come Out to His Mom 15 Years Before Going Public

Lemon began working at CNN as a correspondent in 2006, before he joined CNN Tonight as a host in 2014. Last May, he debuted on his own showDon Lemon Tonight.

As he moves to mornings, Alisyn Camerota and Laura Coates will take over Lemon's prime-time slot, from 10 p.m. to midnight ET.

Mike Trout to miss up to 2 months with calf injury