Donald Trump blasted former National Security Advisor John Bolton on Wednesday, mocking him as ‘Mr. tough guy’ and denouncing him as a reckless foreign policy hawk who crossed swords with his colleagues and offended foreign leaders.

The president fired Bolton on Tuesday, following a series of clashes over U.S. policy in Iran, Russia and Afghanistan. But it was his advocacy in April of a ‘Libya model’ for dealing with North Korean denuclearization that Trump highlighted as the final straw.

The U.S. persuaded Libyan strongman Muammar Gaddafi to abandon his nuclear and chemical weapons ambitions more than 15 years ago in exchange for relief from crippling economic sanctions.

Gaddafi renounced weapons of mass destruction in 2003. Eight years later he was dead, toppled by his domestic enemies in a vicious civil war.

‘We were set back very badly when John Bolton talked about the Libyan model,’ Trump told reporters Wednesday in the Oval Office. ‘And he made a mistake and as soon as he mentioned that. The Libyan model! What a disaster.’ 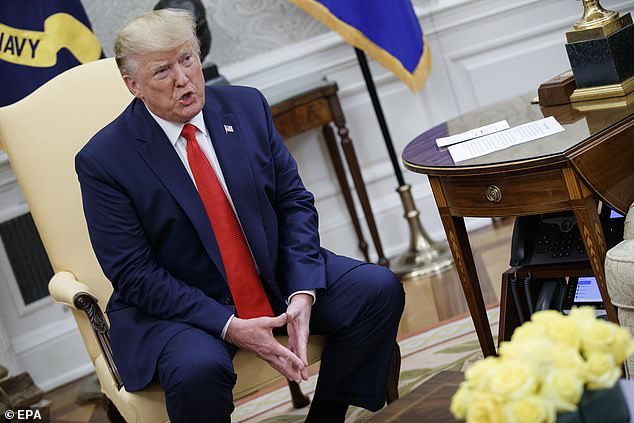 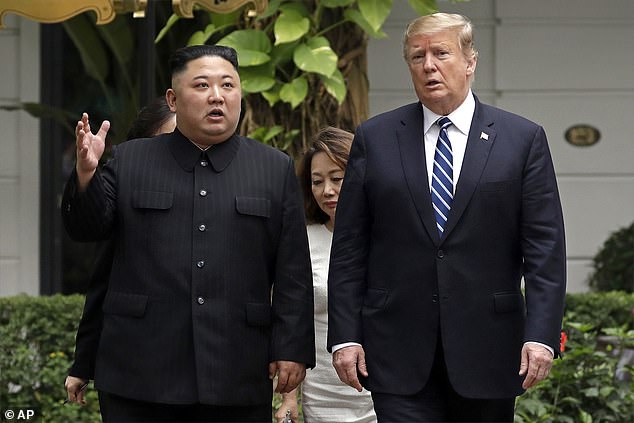 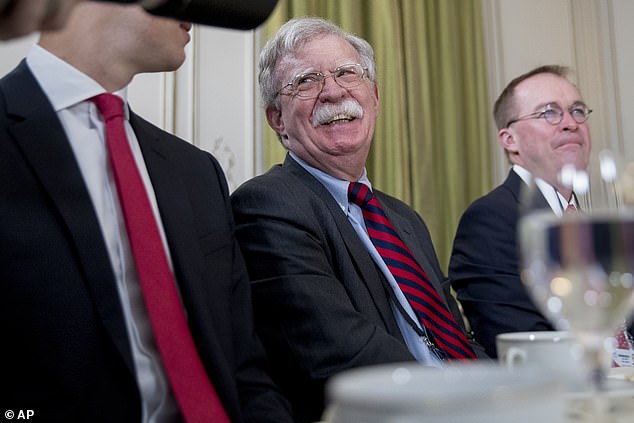 Previously, North Korean officials labeled Bolton as a ‘war maniac,’ and some attribute the demise of Trump and Kim’s second summit in Vietnam in February to Bolton

‘I don’t blame Kim Jong-un for what he said after that. And he wanted nothing to do with John Bolton,’ the president added.

‘That was not a good statement to make. You just take a look at what happened with Gaddafi,’ he said.

The president said the famously brush-moustachioed neoconservative also refused to get behind his uncompromising policy of trade pressure on China.

‘John wasn’t in line with what we were doing. And actually in some cases he thought it was too tough,’ he explained.

Sources told CNN on Tuesday that another reason Trump parted ways with Bolton was a belief that he tried to make him look bad after a planned Taliban peace summit at Camp David disintegrated, by leaking details of the unraveling to reporters.

‘There is a lot that Trump can take. Leaking is not one,’ the source said.

The former U.N. ambassador had been scheduled to participate in that briefing before Trump handed him his pink slip.

‘He wasn’t getting along with people in the administration who I consider very important,’ Trump said Wednesday.

He announced that he has a short list of five candidates for the national security adviser job who ‘want it very much,’ and ‘a lot more than that would like to have it.’

The potential picks are ‘good people I’ve gotten to know over the last three years, and we’ll be announcing somebody next week,’ he said.

Garrett Marquis, Bolton’s top spokesman, Sarah Tinsley, his communications director, and scheduler Christine Samuelian all resigned. The trio have all worked for Bolton for years, including during his brief presidential run in 2016.

Raccoon puts its hands through decking to steal kittens' food