President Donald Trump wants to put his stamp on the nation’s historical memory by signing an order with just hours left in his presidency for a ‘Garden of American Heroes’ that would pull together a hodgepodge of figures including Thomas Jefferson, Kobe Bryant, Grover Cleveland, and Alex Trebek.

The executive order contains no funding nor even information on a location where the garden would be constructed – assuming successor Joe Biden wants to proceed with the project that Trump first revealed as pushback against street protests.

‘The heroes of 1776 have been desecrated, with statues of George Washington, Thomas Jefferson, and Benjamin Franklin vandalized and toppled,’ he said in the order.

He did not mention the events of January 6, when a MAGA mob invaded the Capitol and his supporters smashed windows, broke into the House and Senate chamber, and some climbed statues and posed with statues – covering some in Trump paraphernalia.

There were still more startling images last week, as U.S. National Guard troops brought in to protect the Capitol slept around statues of Abraham Lincoln and other heroes.

The order identifies dozens of specific people in American history and culture who would be honored in the sculpture garden.

It had been trailed in the summer as an anti-woke effort, and in some respects delivered, offering the spectacle of a sculpture garden which would – if ever built – see Andrew Jackson, the president who started the Trail of Tears, represented alongside Sitting Bull Joseph; slave owner – and father of slaves – Thomas Jefferson memorialized alongside Frederick Douglass and Harriet Tubman; and William Buckley, the conservative writer, alongside Ruth Bader Ginsburg.

The oldest of the ‘heroes’ is Christopher Columbus, an Italian in the service of the Spanish king who never set foot on what is now the United States, although he did ‘discover’ Puerto Rico. His statutes became a center of contention in the wake of Black Lives Matters protest last summer with Trump railing against attacks on them. 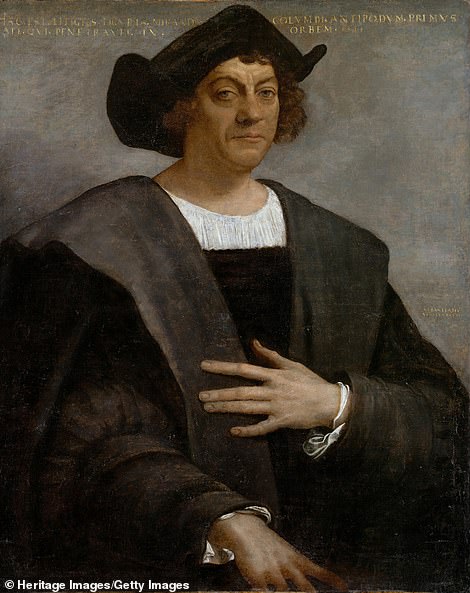 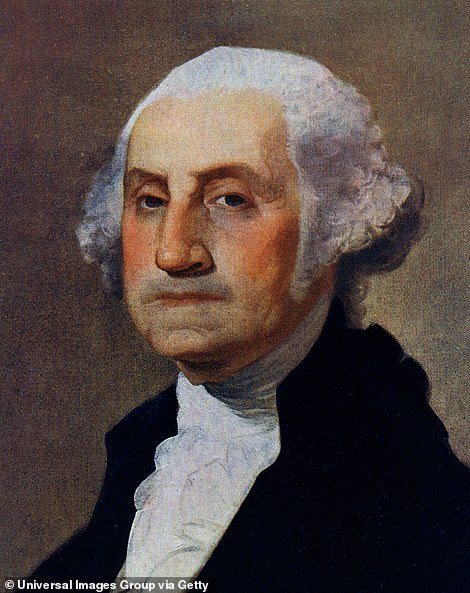 President George Washington, who has the nation’s capital city and a state named after him, would get a sculpture in the garden 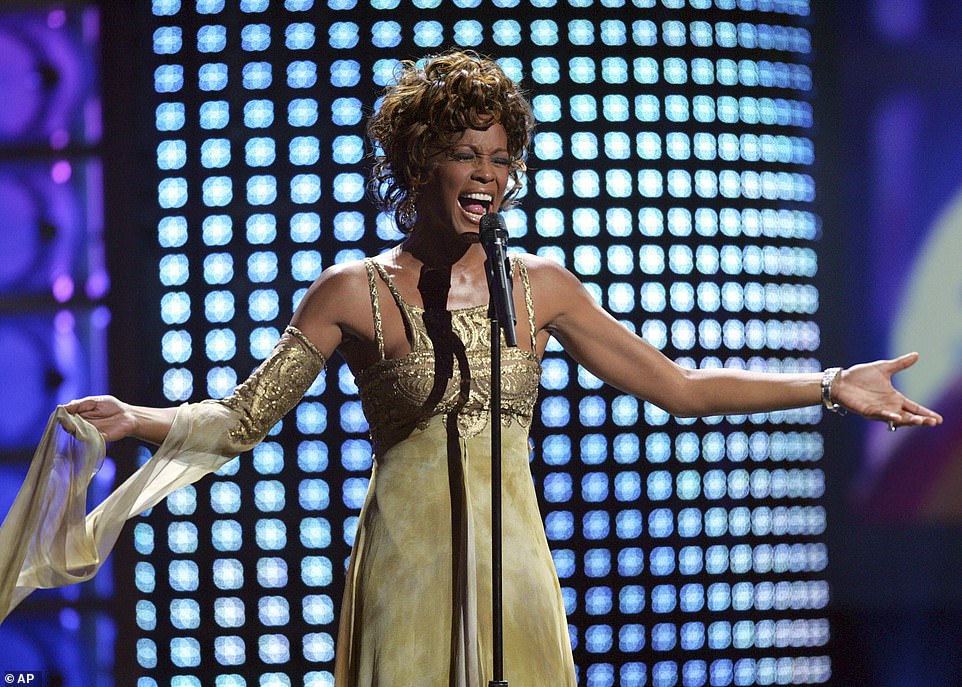 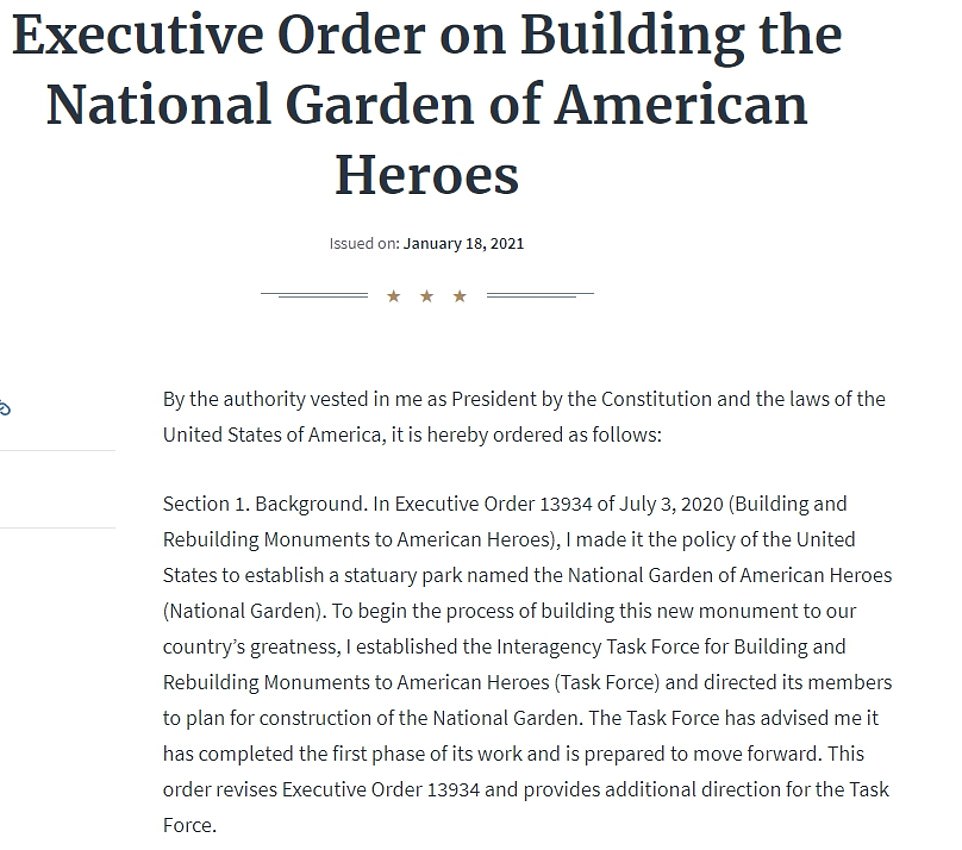 Trump issued the order with just days left in office 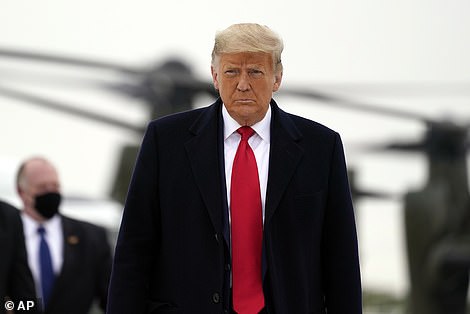 Others died recently, like longtime ‘Jeopardy!’ host Alex Trebek, who passed in November, and basketball great Kobe Bryant, who died tragically in a helicopter accident in May.

Some have a personal connection to the president, like Whitney Houston, who was photographed with him in the 80s.

The list includes some Democrats, including Justice Ruth Bader Ginsburg. Despite her dying wish, Trump and the GOP Senate rushed to confirm Ginsburg’s successor, Justice Amy Coney Bryant, in the final weeks before the election.

It includes John F. Kennedy and Harry Truman, but not Lyndon B. Johnson, Democrats’ other dead post-war president and whose Civil Rights Act was approved of by Martin Luther King Jr. and Rosa Parks, who make the list, and by Robert F. Kennedy, who does not.

Ronald Reagan makes the list, but not Gerald Ford or George H.W. Bush, and while Ginsburg is paired with Antonin Scalia, her ideological opposite and one of her closest friends, the list appears slightly more slanted to the right than the left.

The Biden transition did not respond to a request for comment on whether the new administration would keep or scrap plans for Trump’s hero garden.

Trump’s list includes several significant Americans who owned slaves – in pushback at what Trump and his allies sometimes describe as ‘cancel culture.’ Trump vetoed a Defense bill in part over provisions to rename bases that bear names of confederate generals, but was overridden by Congress.

The list includes Caesar Rodney, a signer of the Declaration of Independence who also inherited and kept his family’s slaves at the plantation he owned.

Trump in September blasted Biden for not opposing the effort by community leaders to take down a statue of Rodney located in his home town of Wilmington.

‘Joe Biden said nothing as to his home state’s history and the fact that it was dismantled dismembered, and a founding father’s statue was removed,’ said Trump in September.

Other names on the list could have been plucked from history books and lists of figures in 20th century popular culture. 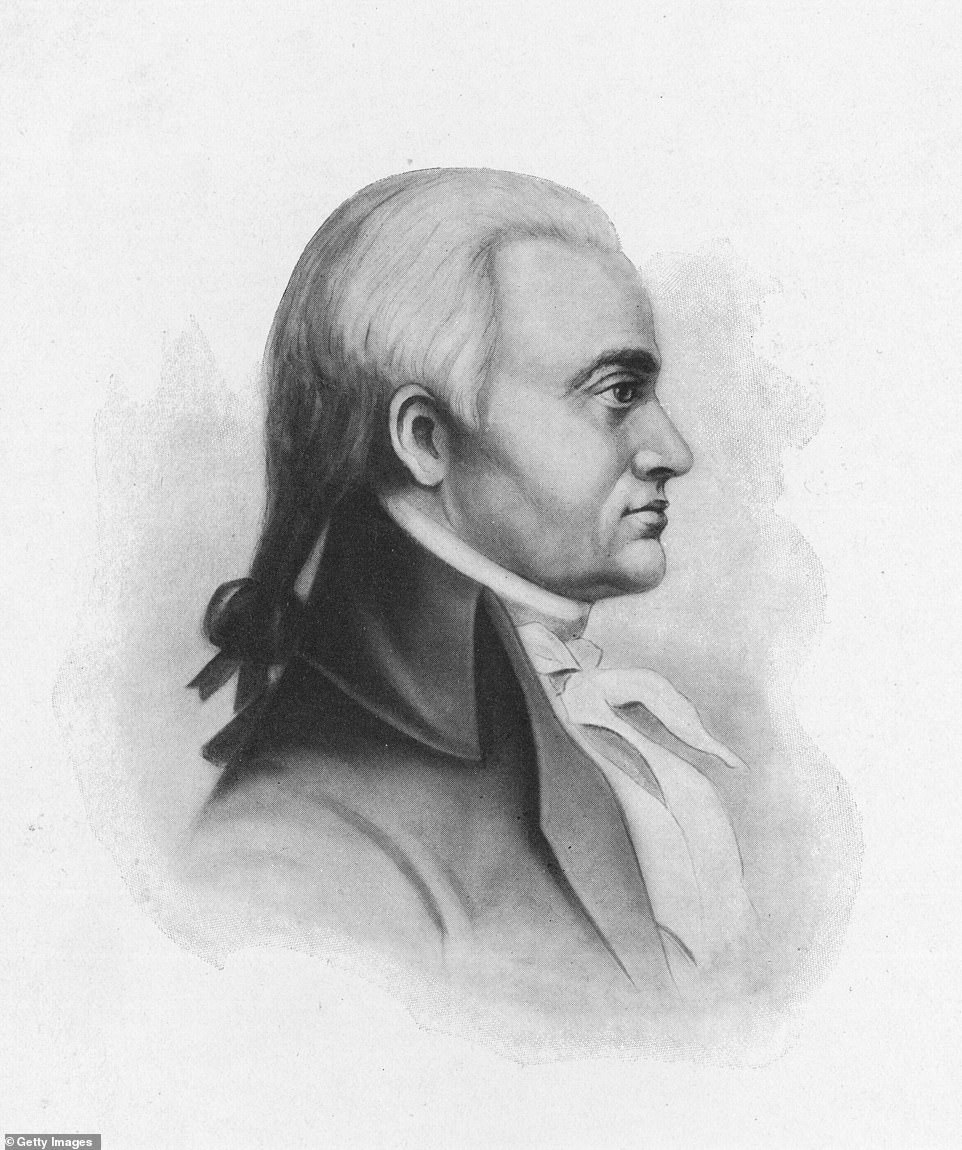 Caesar Rodney (1728-1784) lost his statue in downtown Wilmington, but would get one in the garden envisioned by Trump’s order 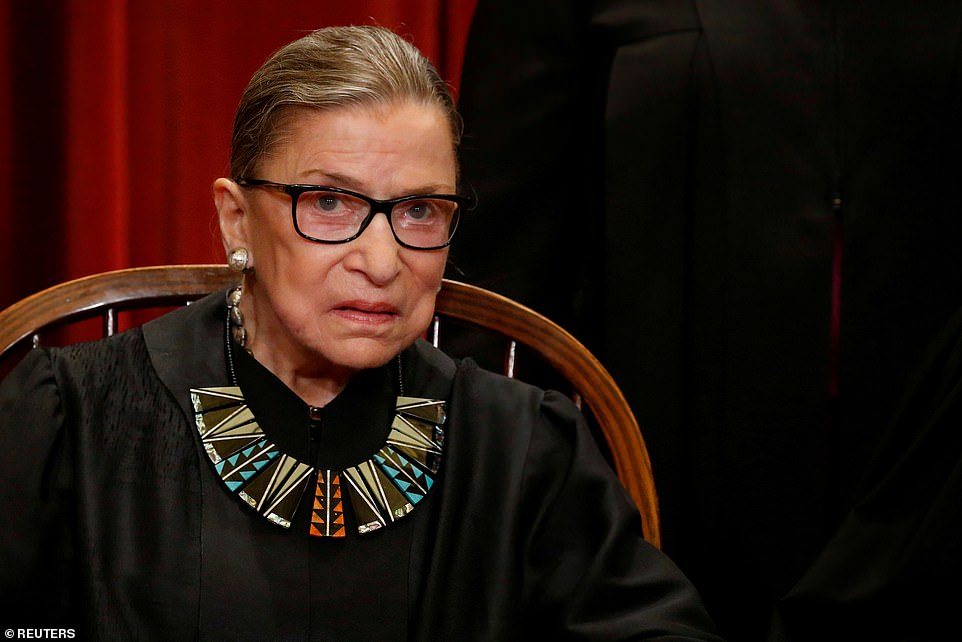 Ruth Bader Ginsburg’s dying wish was to not have Trump fill her seat, but she occupy a place in his garden 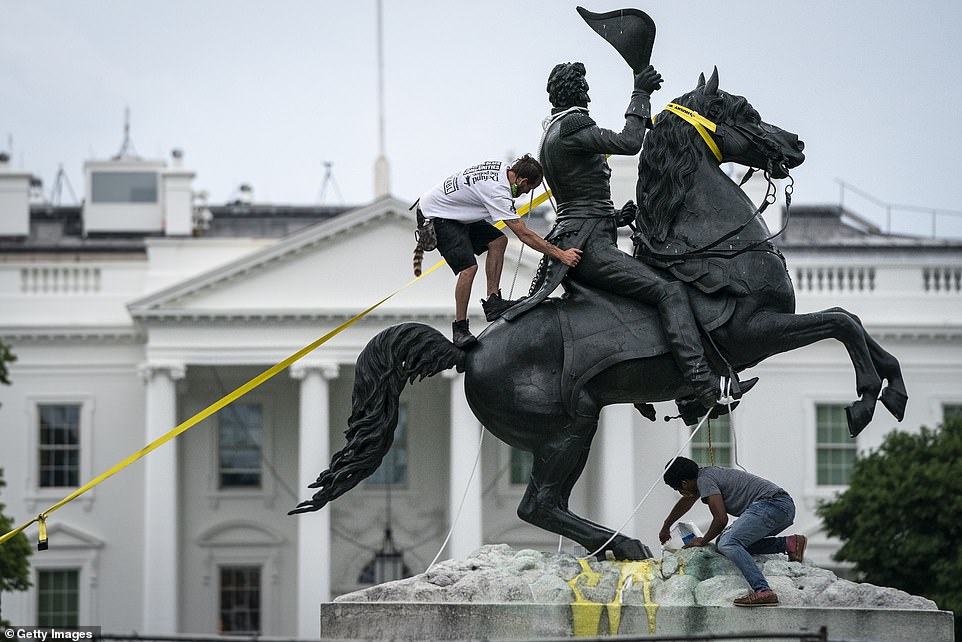 Protesters attempt to pull down the statue of Andrew Jackson in Lafayette Square near the White House on June 22, 2020 in Washington, DC. Protests continue around the country over police brutality, racial injustice and the deaths of African Americans while in police custody 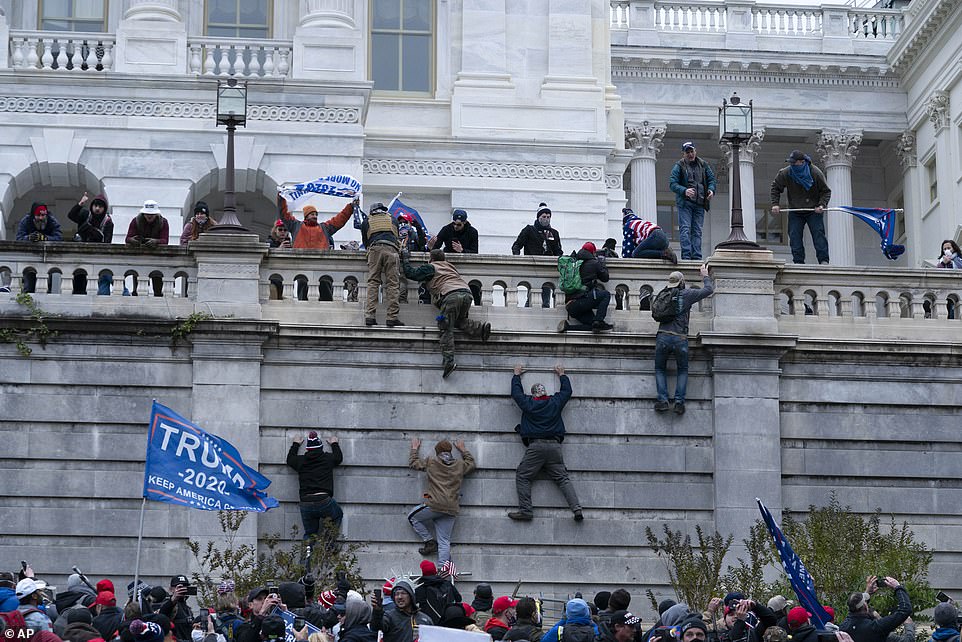 In this Jan. 6, 2021, file photo, supporters of President Donald Trump climb the west wall of the the U.S. Capitol in Washington 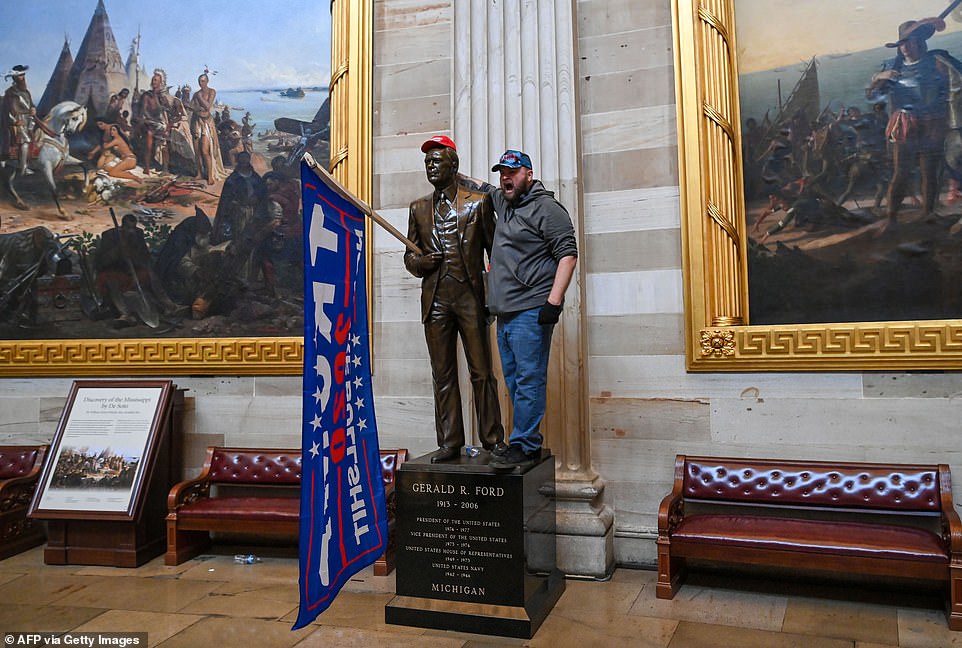 Supporters of US President Donald Trump enter the US Capitol’s Rotunda on January 6, 2021, in Washington, DC. – Demonstrators breeched security and entered the Capitol as Congress debated the a 2020 presidential election Electoral Vote Certification 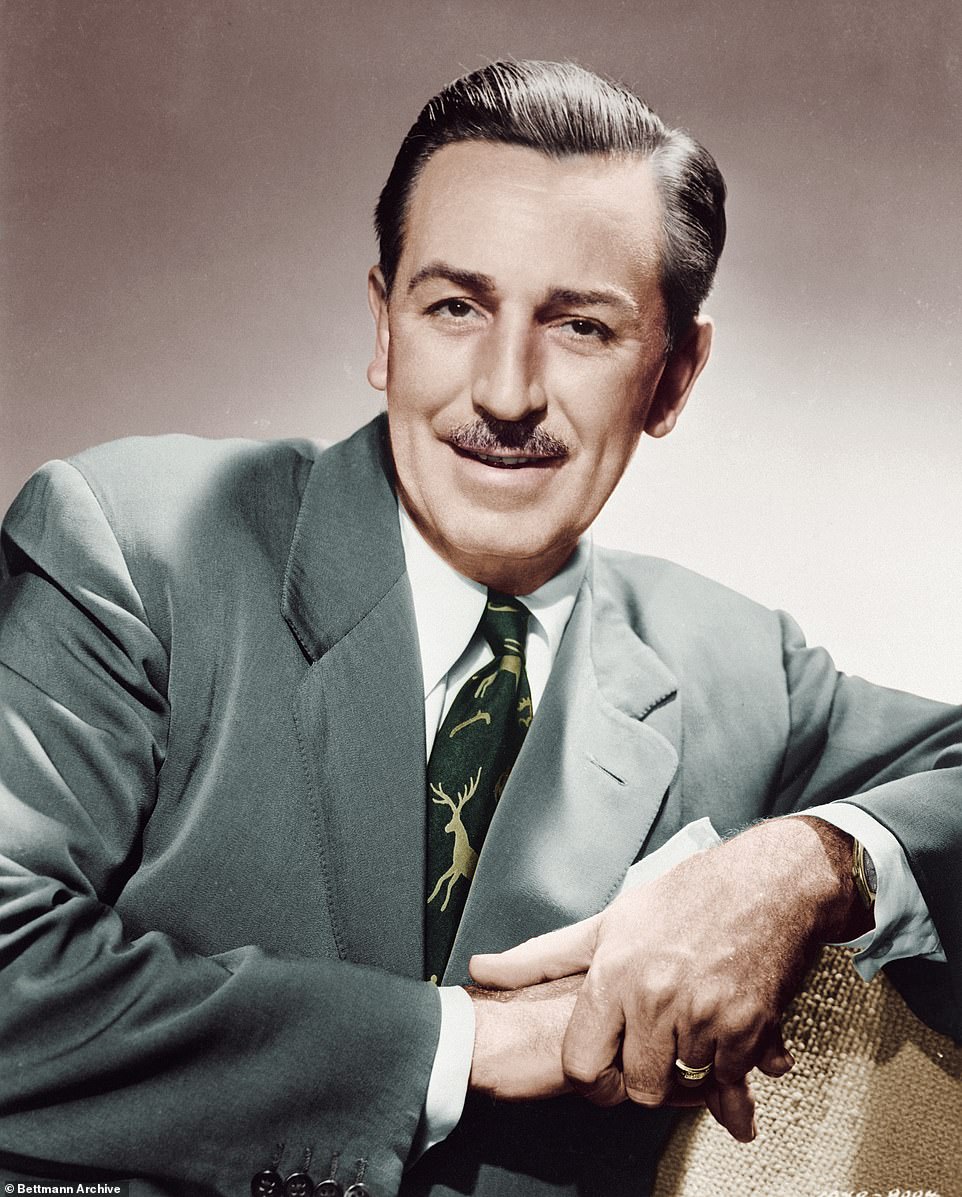 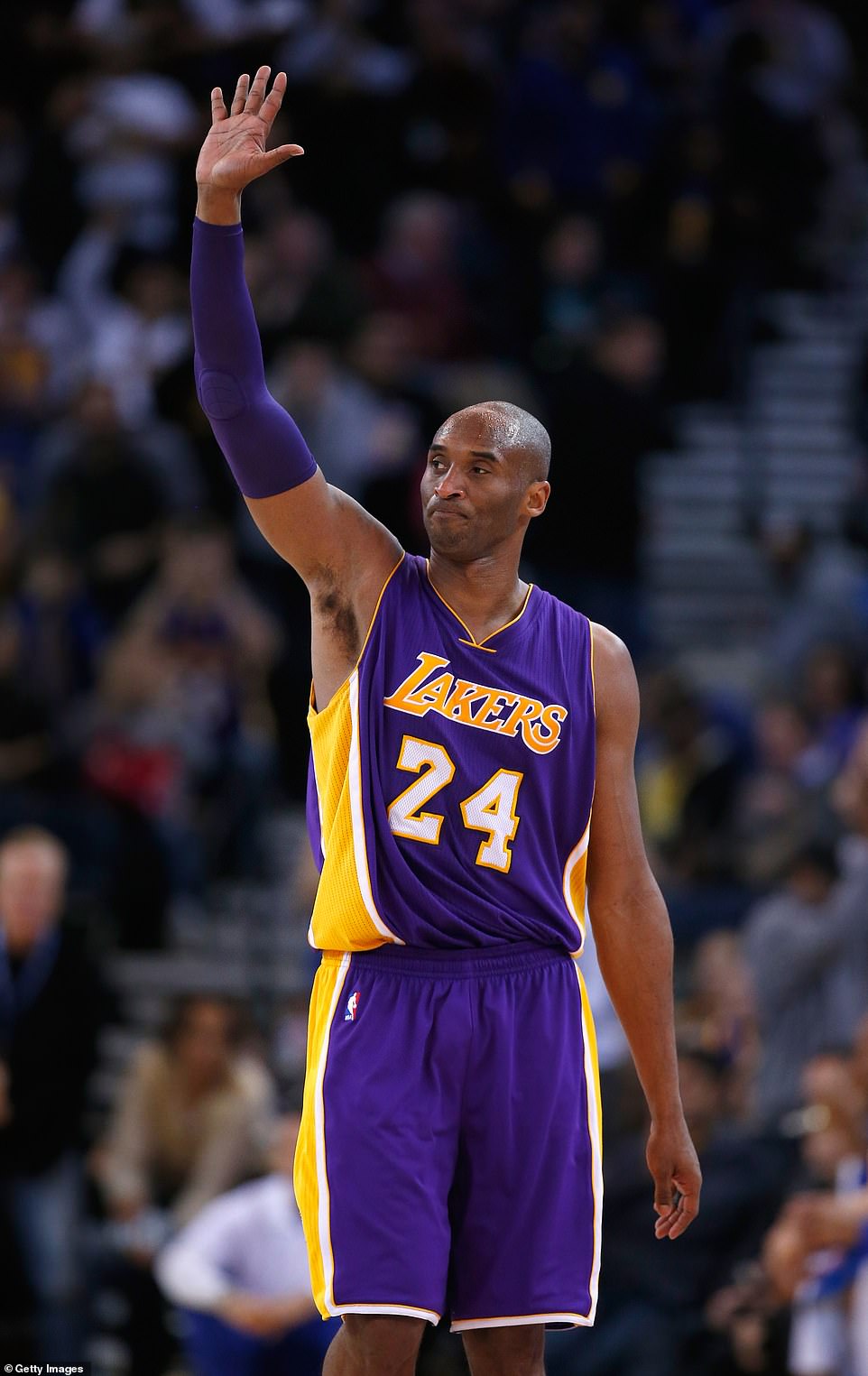 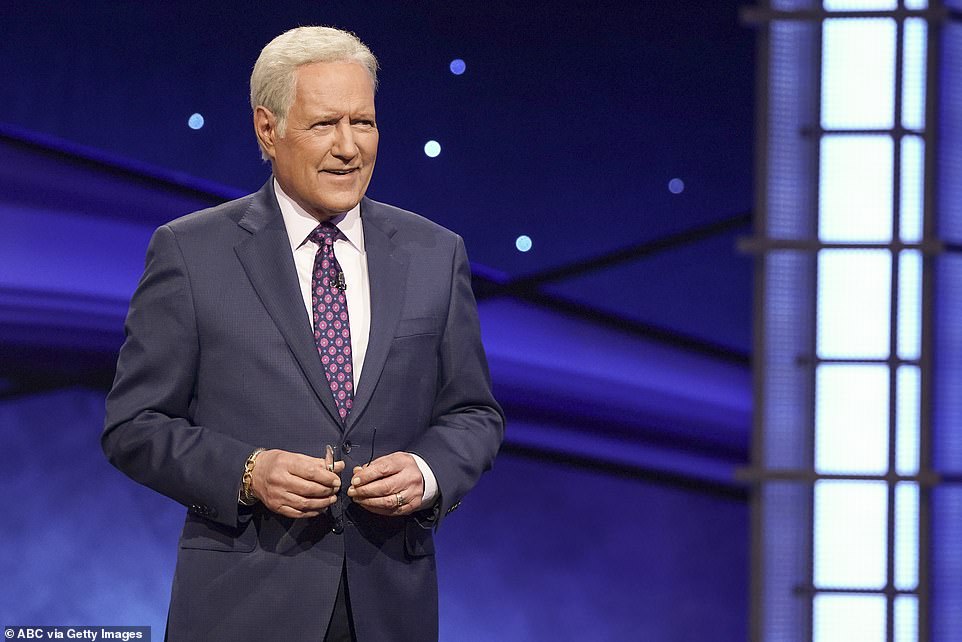 Jeopardy! host Alex Trebek died after a battle with cancer 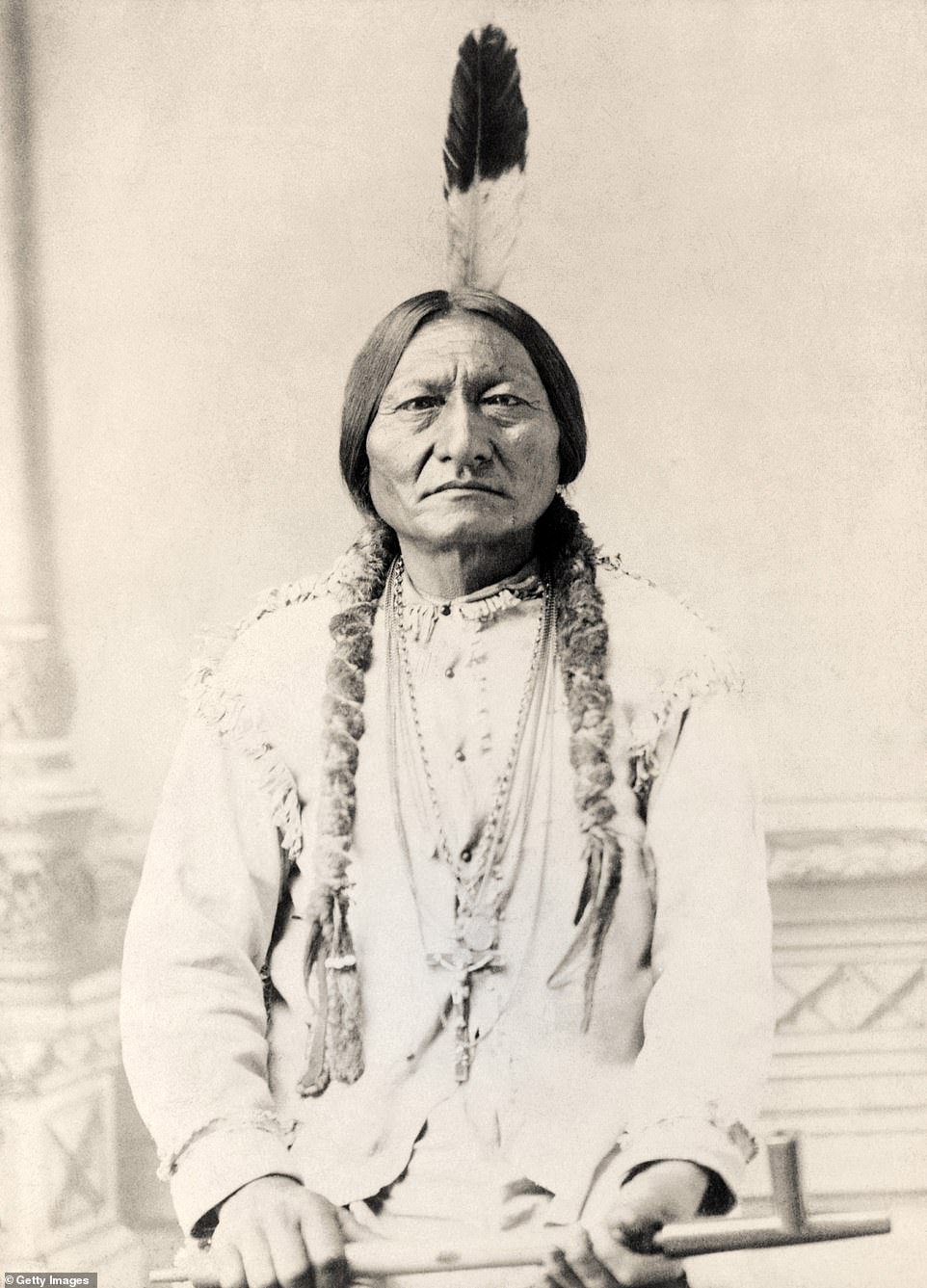 Some names hint at the story of the coronavirus pandemic that rocked Trump’s presidency and the nation. Jonas Salk, considered the father of the modern vaccine; Johns Hopkins, who was revealed to have owned slaves and whose namesake university has cataloged the world’s 2 million deaths from the virus; and Walter Reed, an Army physician who studied disease transmission whose name adorns the military hospital where Trump got treated for the disease.

The language of the White House order states that ‘The National Garden should be composed of statues, including statues …’ meaning those on the list would get in.

‘In short, each individual has been chosen for embodying the American spirit of daring and defiance, excellence and adventure, courage and confidence, loyalty and love.

‘Astounding the world by the sheer power of their example, each one of them has contributed indispensably to America’s noble history, the best chapters of which are still to come,’ it says.