POLICE have launched a probe tonight after a supercar hit a wall on a "straight road" with a 40mph speed limit.

Officers from Surrey Police's roads unit were called to Chertsey Lane in Staines during the evening after the car ploughed into a pole and a brick wall. 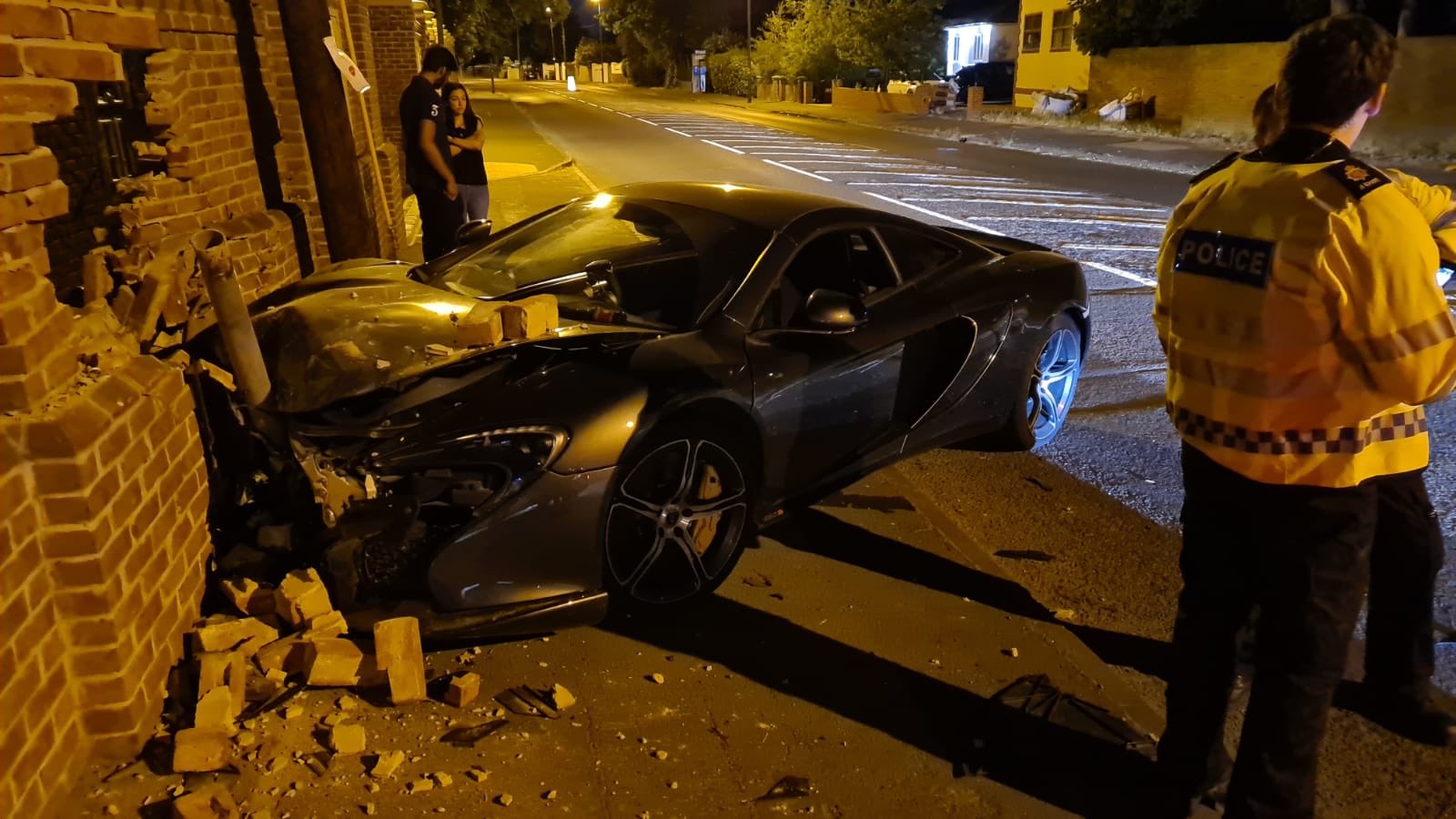 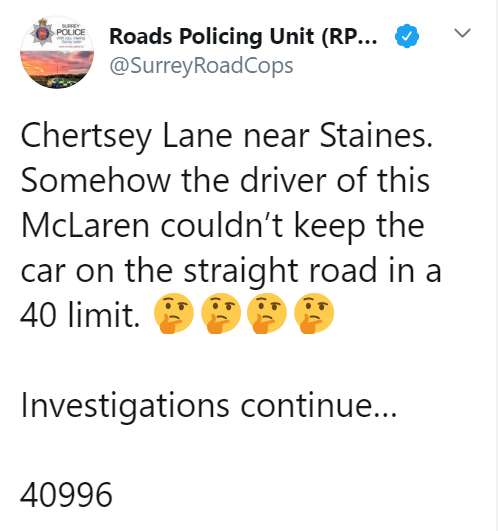 Photos taken from the scene, which is near Thorpe Park, show significant damage to the car.

The bonnet was buckled during the collision, while the bumper has been torn off.

The force said: "Somehow the driver of this McLaren couldn’t keep the car on the straight road in a 40 mile per hour limit.

Tattoo artist confesses 'to killing 32 people since he was 12'

British photographer, 36, dies surfing off Sri Lanka 'after having a seizure' during 5am dip