Home » World News » Editorial: Get the fight over the L.A. mansion tax settled fast. We need the money. 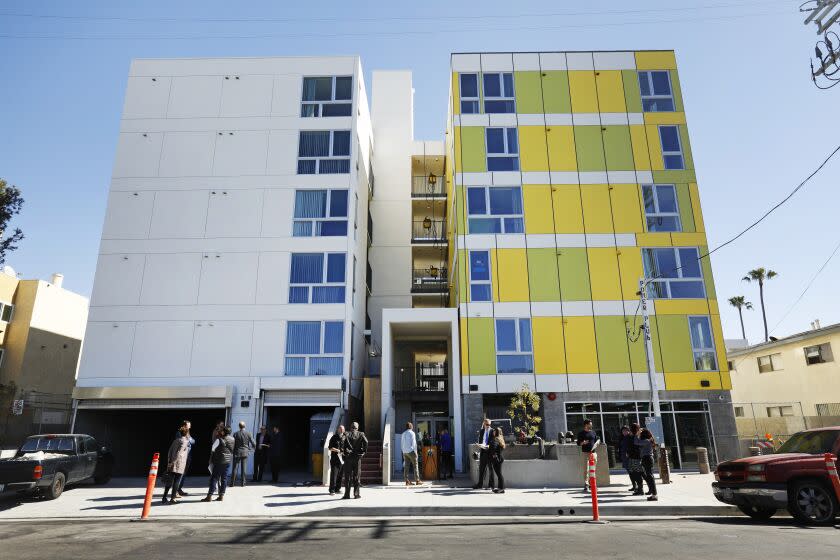 Los Angeles voters backed Measure ULA, a tax on high-value real estate transaction, to pay for affordable housing and homelessness prevention. The public's support hasn't stopped an anti-tax group and apartment landlords from banding together in a lawsuit to stop the tax from going into effect on April 1. The Howard Jarvis Taxpayers Assn. and the Apartment Assn. of Greater Los Angeles — the groups that brought the lawsuit — were opponents of the measure.

Measure ULA affects only a tiny percentage of property sellers but could provide $600 million or more a year that could help solve the housing and homelessness crisis in the city of Los Angeles. Proponents estimated that it could fund 26,000 units of new housing over the next decade and offer thousands of tenants assistance in paying their rent. Nearly 58% of voters approved this measure in November. Clearly, voters wanted to see something big and swift done to create more affordable housing in a city that has fallen behind year after year in producing it. Now it looks as though that money won’t be coming through so swiftly.

The measure will increase the real estate transfer tax by 4% on sales of property of more than $5 million — on top of the city's existing .45% transfer tax. For property sales of $10 million or more, the transfer tax would increase by 5.5%.

The lawsuit contends that the tax is unconstitutional.According to the state Constitution, under Proposition 13, a city or county cannot designatea real estate transfer tax for a special purpose, such as building affordable housing. Courts have ruledthat a transfer tax could, however, be collected for an agency'sgeneral budget. There’s no question that ULA is a special tax that specifically funds housing, tenant protection, homelessness prevention and other things. It doesn’t raise money to just dump into the city’s general coffers.

In fact, that’s the measure's strong selling point. If it is going to raise hundreds of millions of dollars, as expected, its purposes should be specific and transparent — and its oversight committee held accountable. The money raised shouldn’t go into some vast general fund with the hopes that the City Council would set aside some unknown portion of it for homelessness and affordable housing.

ULA campaign co-chair Laura Raymond said in a statement, “The California Supreme Court has made it clear that our power as citizens to place the measure on the ballot is broad, and at least four recent decisions of the Court of Appeal have made it clear that City Charters cannot limit the initiative power to propose special taxes. “

We hope this measure prevails in court. We can’t make a dent in homelessness until we produce more affordable housing and offer assistance so low-income and vulnerable people can pay to keep a roof over their heads.

Mayor Karen Bass, who declared a state of emergency on homelessness, launched the Inside Safe directive to begin moving thousands of homeless people into housing. Her strategy includes tapping ULA funds. There are other city funds she can use and state funds she can seek. However, ULA, as an ongoing source of funding for housing construction and acquisition, was the greatest gift she could get as she came into office. It would be horrible to see it taken away.

Brit woman jailed for joining ISIS says: 'I should have gone on holiday & come back'

'Tiger King 2' trailer arrives, and people can't help but watch: 'Looks like another binge session is in order'