President Joe Biden revealed a loan forgiveness plan in August that will forgive $10,000 of student debt for borrowers earning less than $125,000 per year, and up to $20,000 for Pell Grant recipients.

But another component of the plan is often overlooked, Secretary of Education Miguel Cardona explained during a recent episode of "Influencers with Andy Serwer."

Income-driven repayment plans make student monthly loan payments affordable by basing them off a borrower’s income and family size. While these plans existed before Biden, his debt relief plan would require participants to pay just 5% of their discretionary income rather than the previous 10%. Consequently, the average annual student loan payment will be lowered by more than $1,000 for borrowers.

"You know, student loan forgiveness got a lot of attention, but the income driven repayment process, that to me, I'm more excited about that,” Cardona told Yahoo Finance’s editor-in-chief. “It's cutting student loan payments in half, so that it's more accessible to everyday Americans that want to access higher education.” 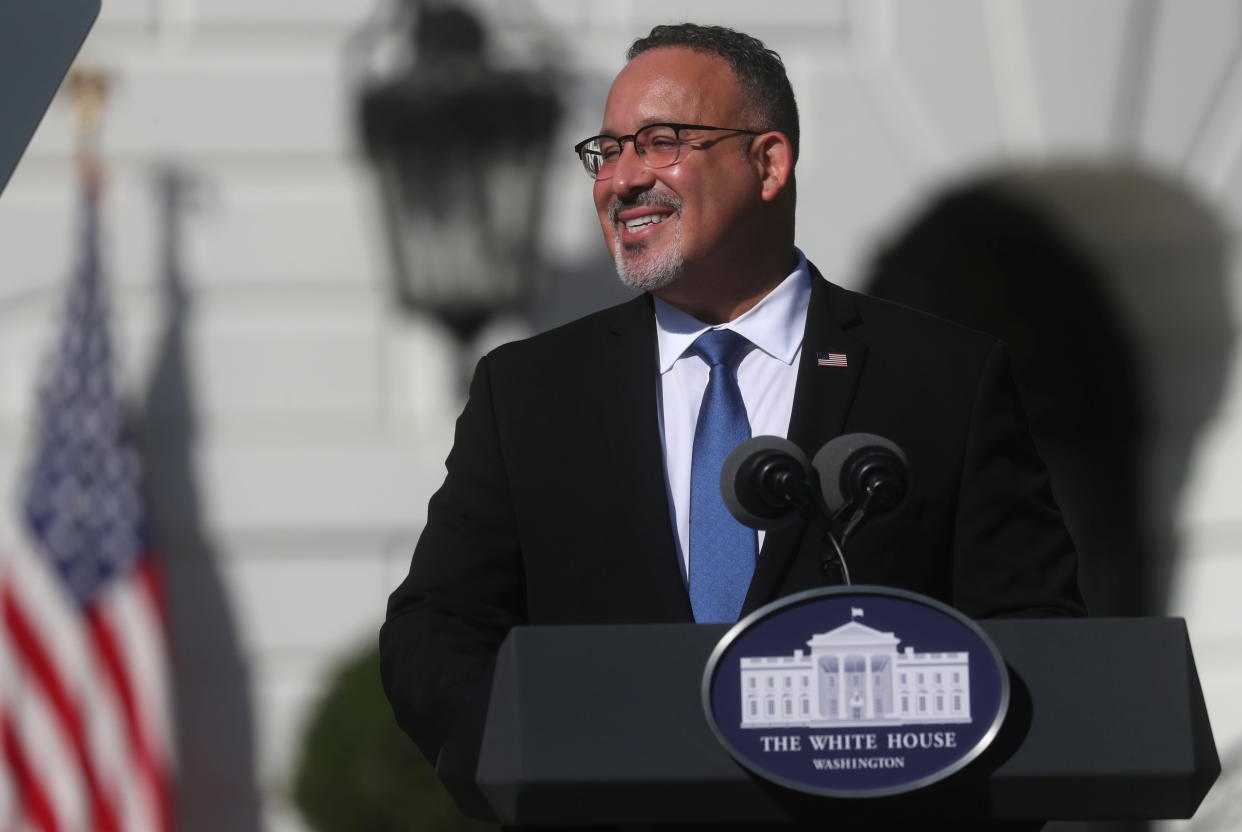 “Going to college shouldn't be a sentence of paying bills for the rest of your life and being drowned in debt,” Cardona asserted.

“It's scary. It's our job now to make it [college] more accessible to them,” Cardona said.

In efforts to hold colleges accountable, Biden plans to increase accountability for American universities. For instance, he recently tweeted that the Department of Education would publish a list of colleges that leave students with unmanageable debt so that students could avoid those programs.

“Let's be frank, if you're going to spend money to go to college, you should be walking out with higher earning potential, so you can take care of those loans,” Cardona remarked. “And if that's not happening at colleges, whether they're private or public, we want to know, and we want to go after that.”

The United States Senate confirmed Cardona as U.S. Secretary of Education in March 2021. Previously, he served as commissioner of the Connecticut State Department of Education from 2019 to 2021. He holds a doctorate in education from the University of Connecticut and started his career as a fourth-grade teacher.

Ballerinas perform on London canalside to audience on opposite bank