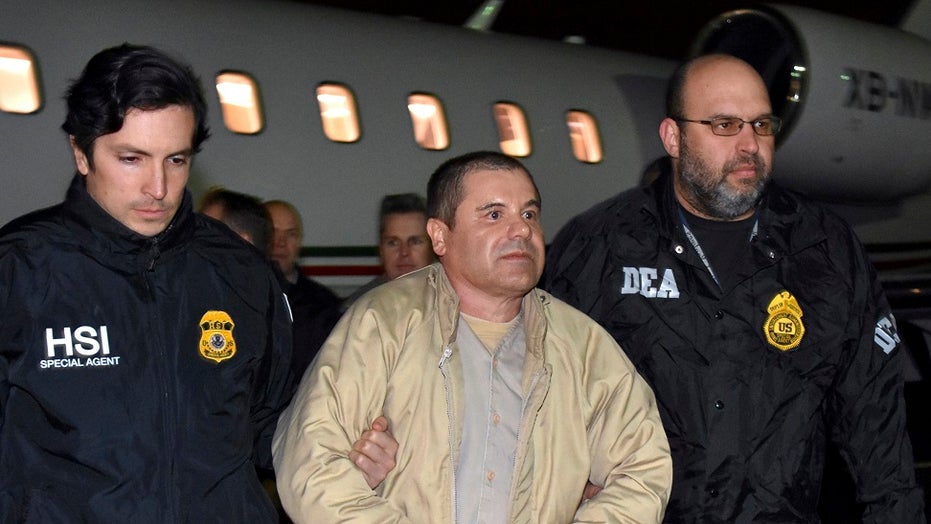 Imprisoned Mexican drug kingpin Joaquín "El Chapo" Guzman said he fathered 23 children and that women are his only addiction during a 2016 interview, according to media reports.

Guzman made the revelations during an interview with Mónica Ramírez Cano, a criminologist who has interviewed some of Mexico's most infamous drug lords, the Daily Mail reported. The interview was conducted after Mexican forces captured Guzman following his second escape from prison.

Ramírez Cano shared a 5-second clip of the interview on social media.

"What are your addictions?" she asked.

"None, my only addiction are the women," he replied, according to the outlet.

Guzman, 63, co-founder of the Sinaloa Cartel, is currently serving a life sentence for his role in leading the notorious drug gang. He is in Administrative Maximum (ADX) Florence, in Florence, Colo., also known as “the Alcatraz of the Rockies."

Guzman has been married four times, with his most recent nuptials in 2007 to former beauty queen Emma Coronel. She gave birth to the couple's twin daughters in 2011.

The former cartel boss made $12.6 billion as cartel leader, the website reported. He reportedly told Ramirez Cano that he opposed kidnapping, a frequent tactic used by criminal groups, saying he considered it to be the worst crime.

Under his leadership, the Sinaloa Cartel became the most powerful drug gang in Mexico, smuggling drugs into the United States through multiple channels while reaping billions in profits and unleashing two decades of murder and mayhem, along with its rivals.

Last week, lawyers for Guzman appealed his conspiracy conviction, arguing that some jurors sought out news accounts about sex abuse allegations against him that were barred from his trial.