Home » Everything has got better since 1971… apart from music

THIS year marks the 50th anniversary of the moment when humankind reached peak music.

In the glorious year of 1971, the Rolling Stones released Sticky Fingers, The Who gave us Who’s Next, and Led Zeppelin issued what became known as Led Zep IV. 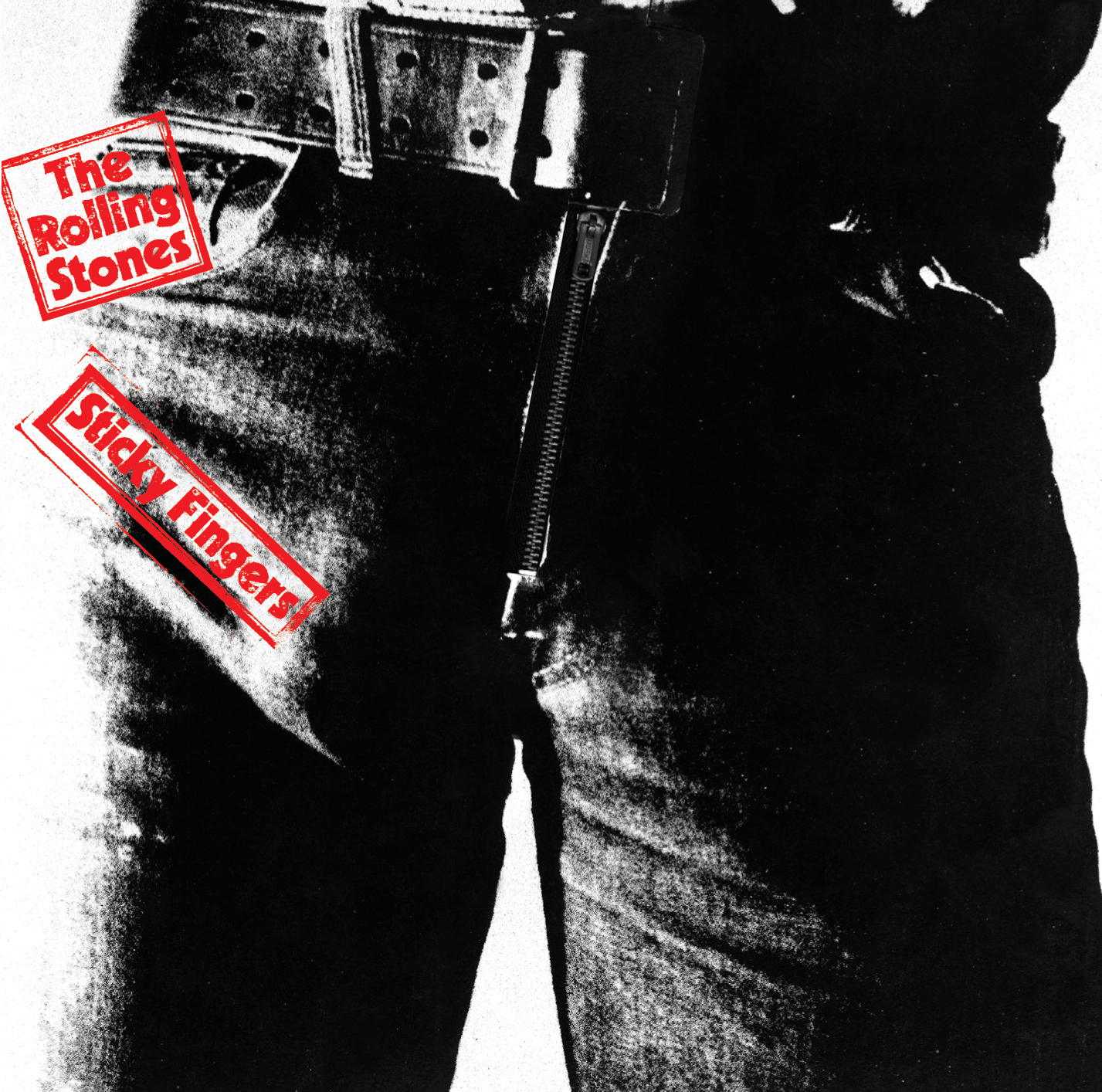 And that was just the tip of the iceberg. In the same year, we had Hunky Dory from David Bowie, Aqualung by Jethro Tull, Every Picture Tells A Story by Rod Stewart, Meddle from Pink Floyd, Electric Warrior from T.Rex and LA Woman from The Doors.

Every time I turned on my crackly little radio in that wondrous year, I was presented with yet another song that I just knew would be an all-time classic.

It was like we were living in a hailstorm of rock.

And I haven’t even got to the Yes Album yet. Or John Lennon, who released Imagine. 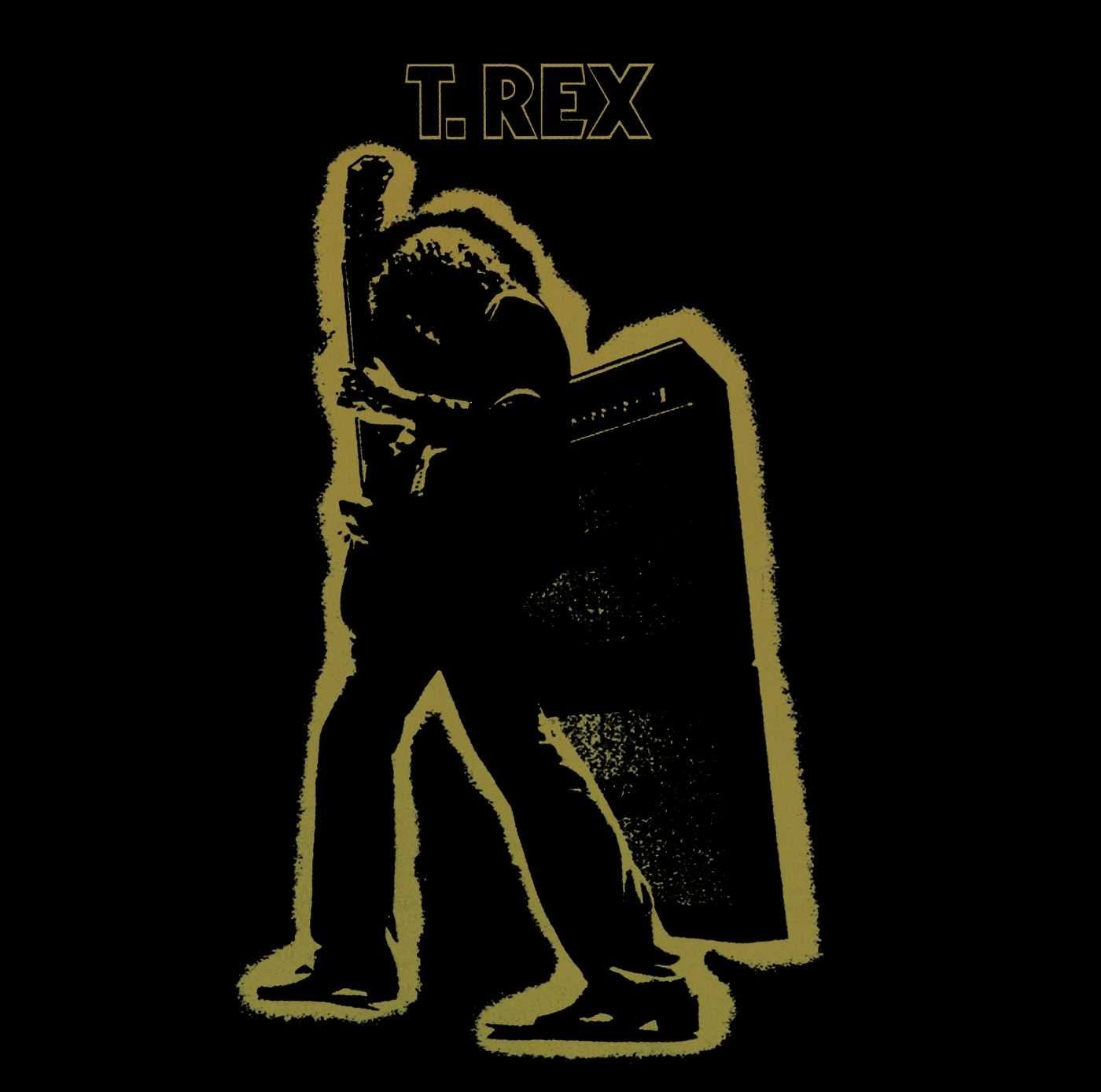 All this stuff is now 50 years old and yet my kids — and yours, I bet — are still listening to it.

And it’s not hard to see why, as the No1 slot last week was occupied by Lil Nas X with a song called Montero (Call Me By Your Name). Other acts to occupy top spots were A1 & J1, Tiesto and Ava Max.

And I can guarantee you this: No one will remember them in 50 years’ time.

I can’t even remember them now, and I only wrote their names down a few seconds ago. 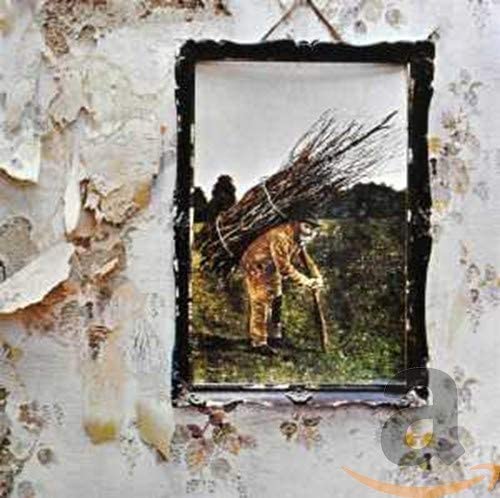 It’s strange, but everything else has got better in the past half a century.

We live longer, happier lives than we did back then.

We spend less time huddled round a brazier on strike. The television is in colour. And our lungs are coated in less soot.

The cars we drive are better and faster and our travel horizons are broader.

We lived in 1971 like we live in lockdown, unable to go further than the end of the road and unable also to go to the pub, because we couldn’t afford it. 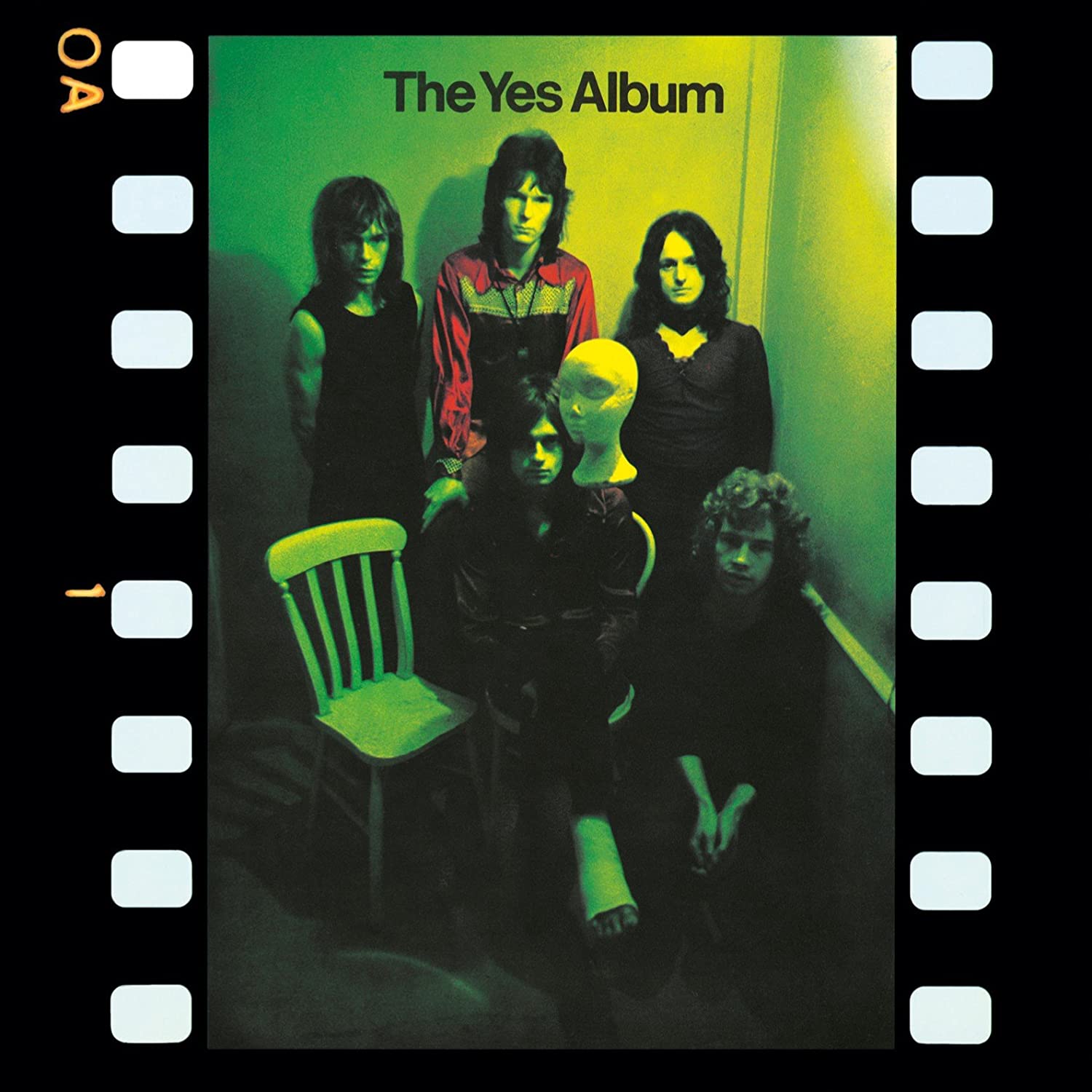 In 1971 our family had a so-called “party” telephone line, which we shared with a neighbour.

Now, having your own mobile is pretty much a human right.

And yet somehow, the music we are making has got so much worse that today it’s just a noise and shouting. 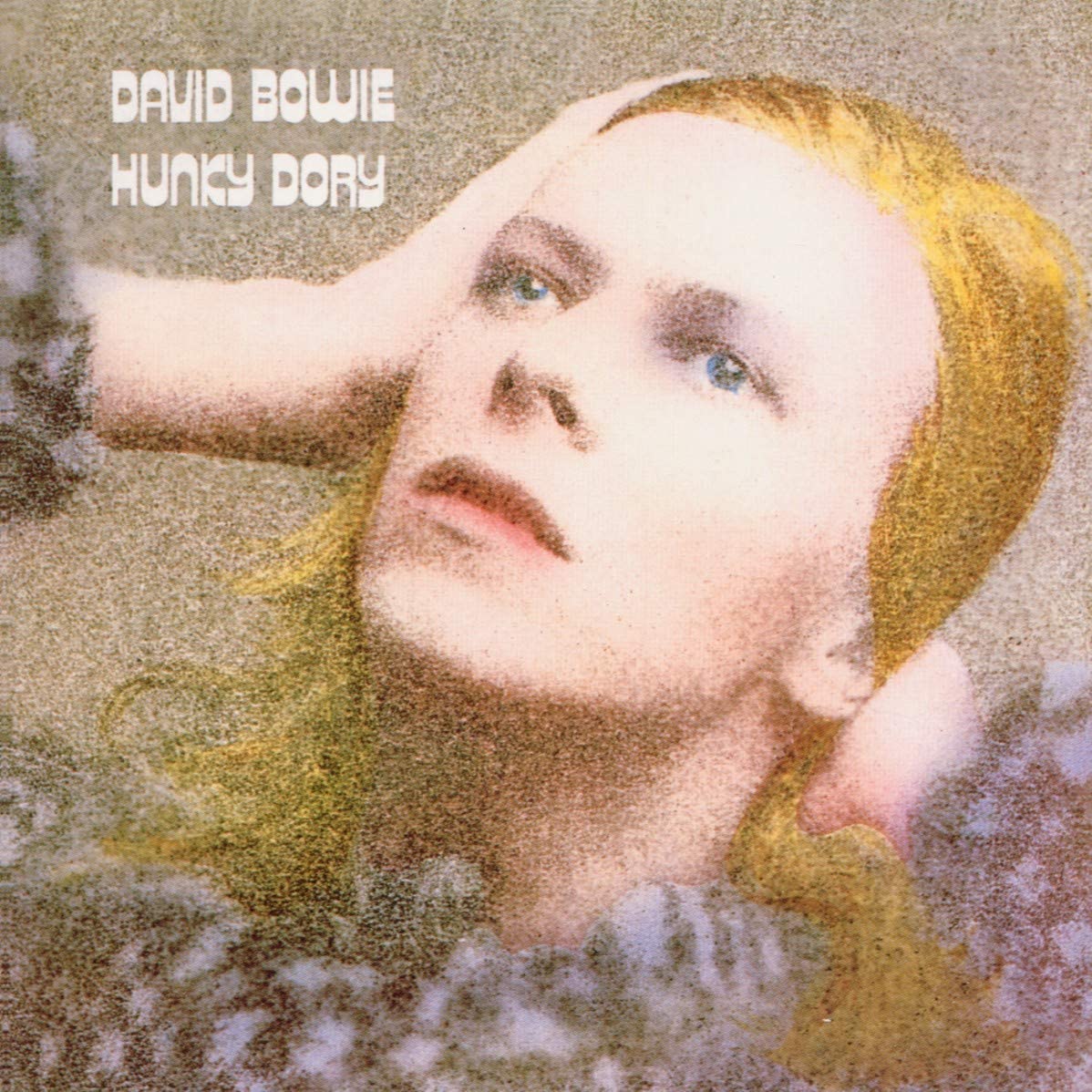 Or it’s some breathy Simon Cowell nonsense performed by a gob on a stick who can’t play an instrument or read a score.

The good news, though, is that I don’t have to listen to any of it.

Because I still have the record collection that I started back in 1971.

The rich get richer

WE were told this week that the world’s billionaires became even richer during the pandemic.

So what? It’s not like they can go out and spend any of it.

I’ve just checked, and I haven’t used my credit card at all this year.

Age is a grey area 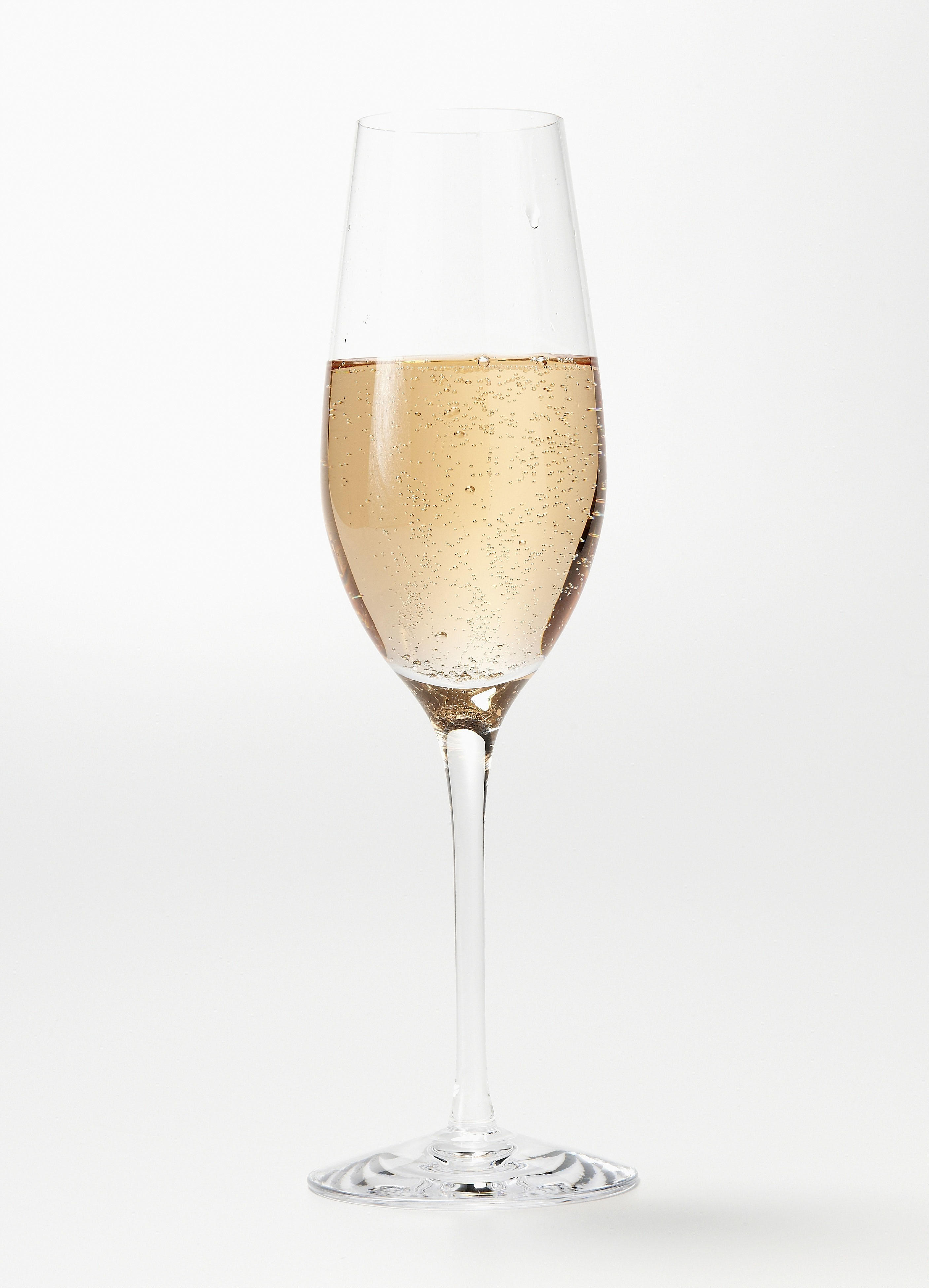 I WAS sent a bottle of wine in the post this week but before handing it over, the delivery man insisted I prove that I was over 18.

I presumed, since he’d driven to my house, that his eyes worked.

So he could see that the fat, haggard, grey-haired old man standing in the door with his gut hanging out and his knees audibly creaking from the effort of being upright was not a teenager.

But obviously not. He needed to see my passport, and because I haven’t done any travelling in the past year, I had no idea where it was.

Still, by the time I’d been through every cupboard, and talked to the delivery man about how much he’d loved seeing me on the television for so many years, the wine had aged very nicely when he handed it over.

Mining is a bit fishy

AT present, most of the cobalt used to make the batteries in electric cars is produced by child slaves in the Democratic Republic of Congo.

And because that’s seen as a “bad thing” by Tesla types, there’s been a big rush in recent months to find alternative sources.

One option is the seabed, and that’s great.

Except it isn’t, because the likes of Sir David Attenborough have piped up to say that mining operations at the bottom of the ocean will cause plumes of mud and sand to form which will hurt the fish and sea cucumbers that live there.

So, it’s back to the child slavery then. 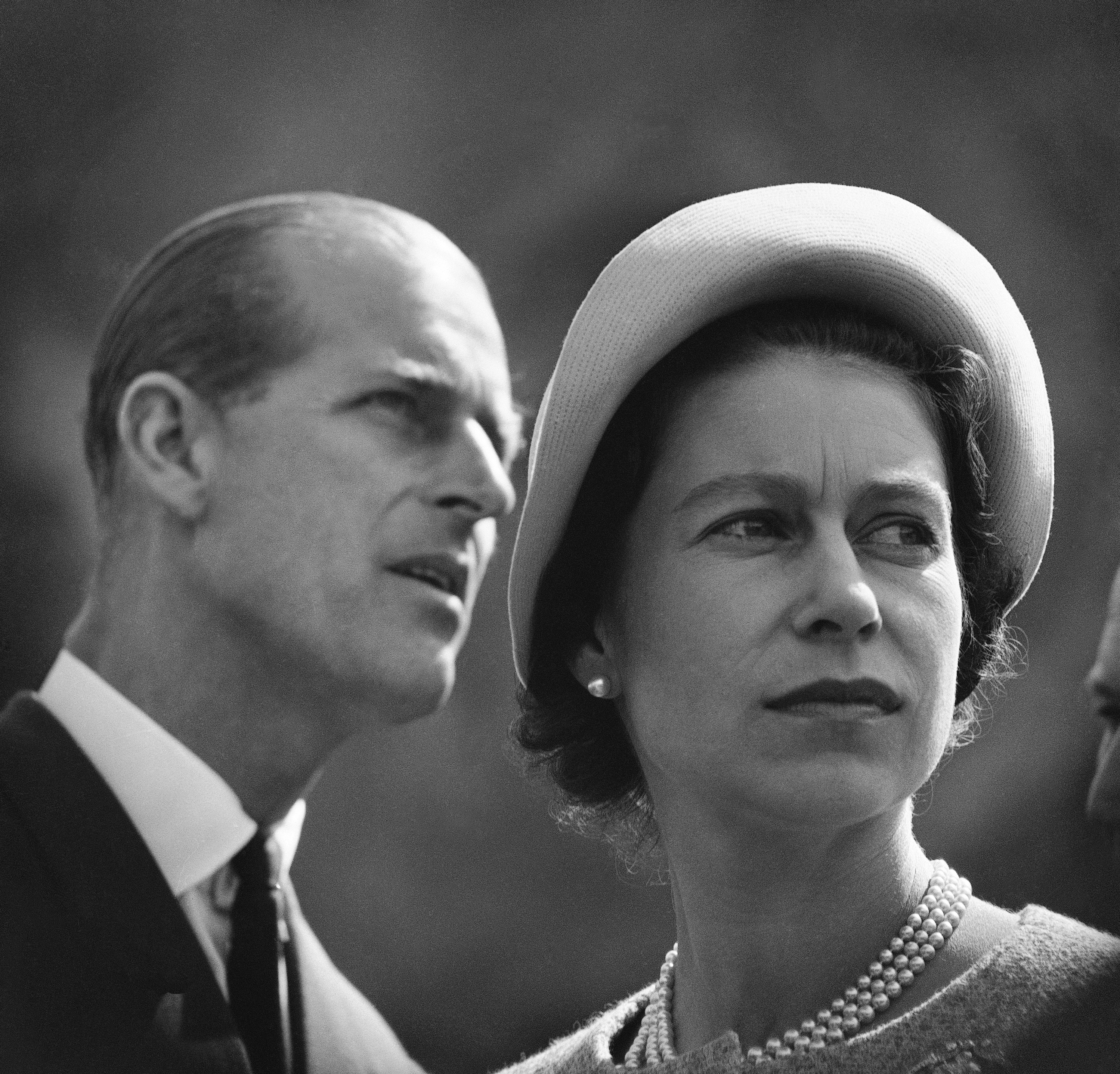 THIS afternoon, the nation will say goodbye to Prince Philip.

I shall be raising a glass and reflecting on a life well led.

What goes up, must come down 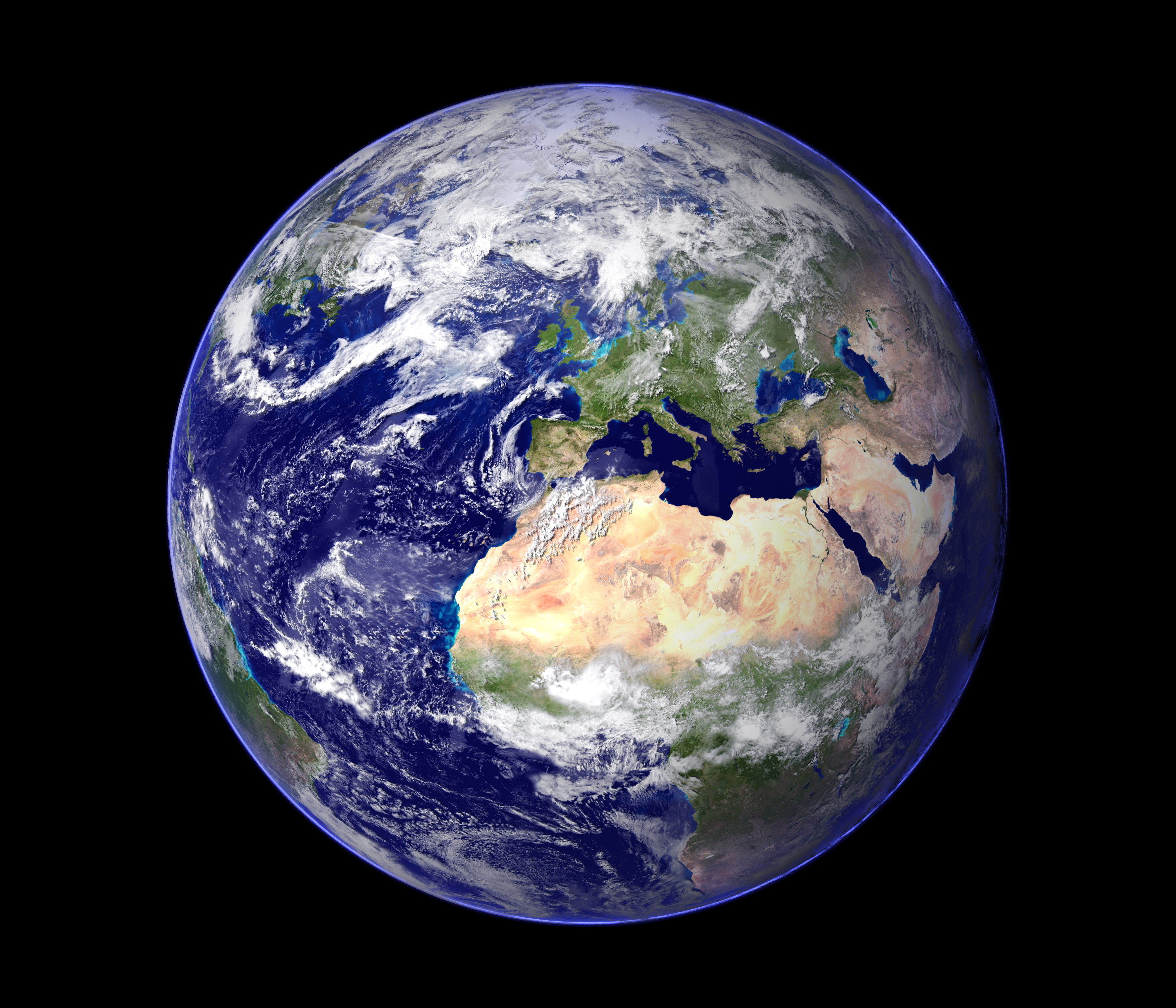 SWEDISH ecomentalists reckon that if we use balloons to release a gazillion tons of chalk dust into the stratosphere, it will provide a gentle haze that will help prevent global warming.

To find out if the process – called solar geoengineering – works, they will begin by releasing just a kilogram of dust and then monitoring it to see what it does.

I can save them the bother, though, because it will do what everything with mass does.

Be affected by gravity and fall back down to Earth. 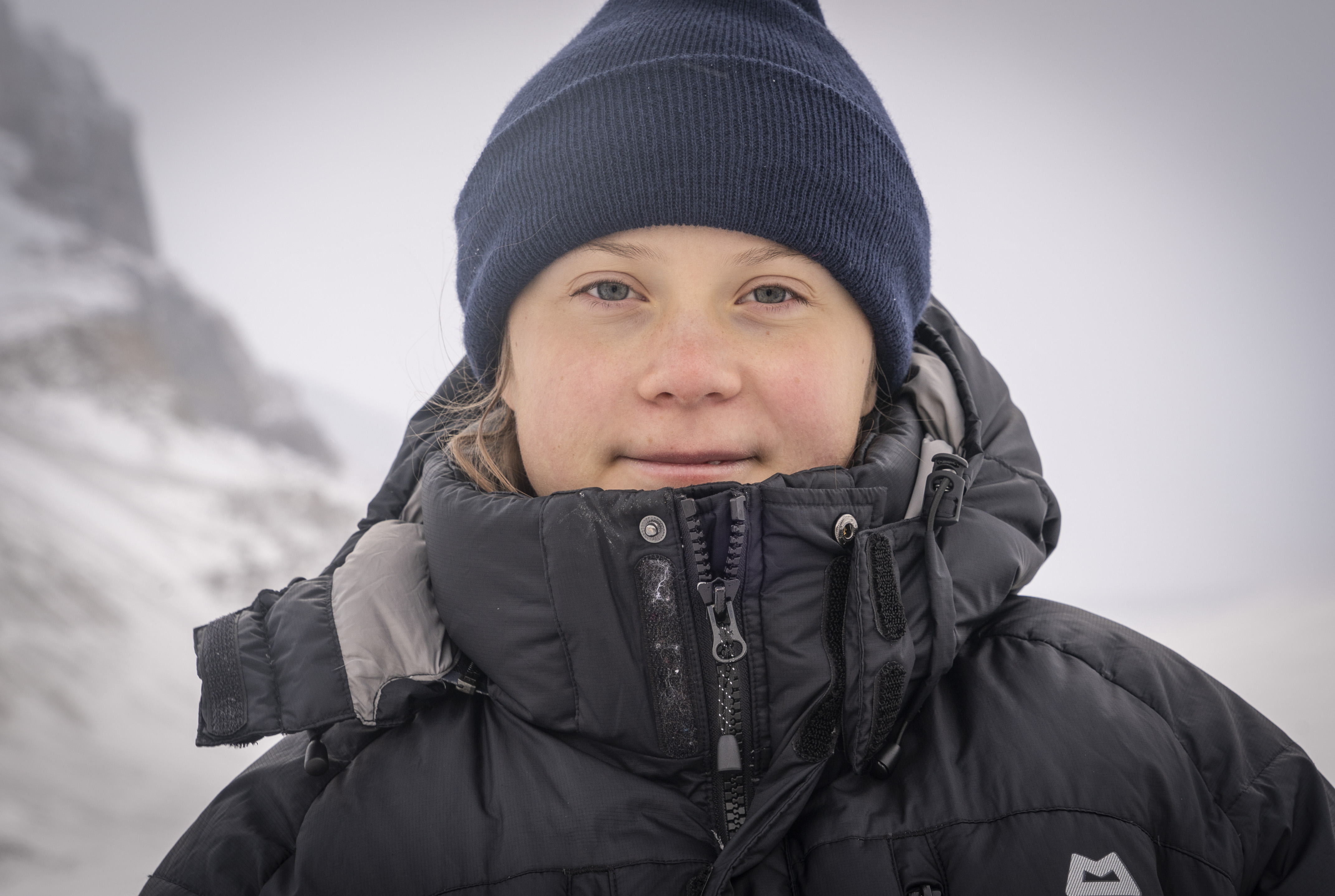 EVEN if we are allowed to take our holidays abroad this year, it seems certain there will be six or seven-hour queues for immigration.

So it won’t be worth the bother.

Still, every cloud has a silver lining and this one is no exception.

Greta Thunberg has announced that because not all countries will be able to attend, she won’t be at the climate conference in Glasgow this autumn. 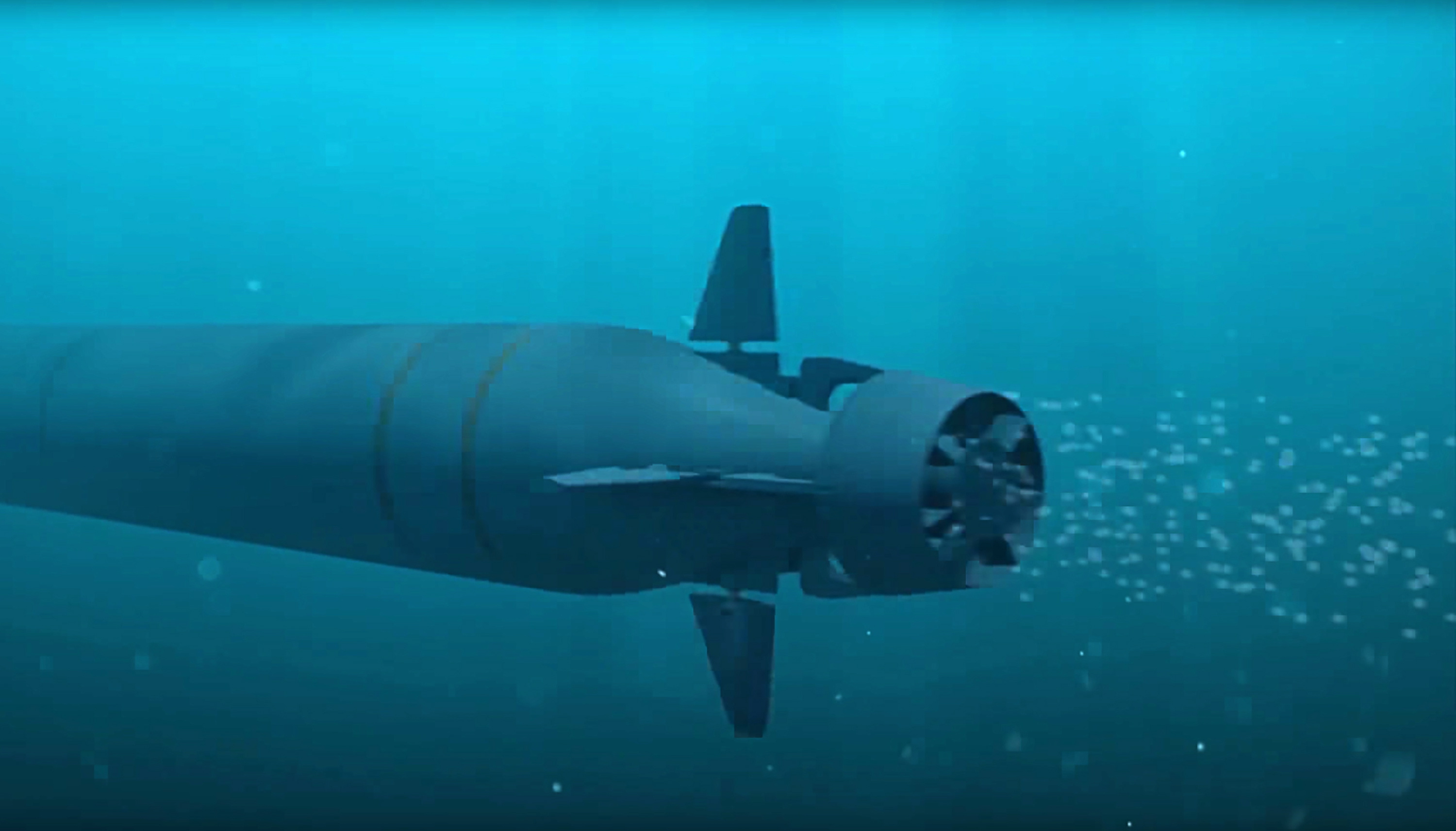 SO, the Russians are said to be developing a nuclear-tipped torpedo which could be fired at the West from under the Arctic ice cap.

The idea is that it would detonate off the shores of America, or Britain, causing a radioactive tsunami to swamp coastal cities such as New York or Miami or, er, Hull.

That all sounds very scary, unless of course it works as well as Russia’s nerve agents.

Novichok was billed as the deadliest toxin ever to emerge from a lab, but field trials in Salisbury show that it really only works if several gallons are poured directly into the victim’s lungs.

Other examples of Russian tech?

Well, there was the Caspian sea monster, a gigantic aircraft that was designed to carry a payload of tanks and artillery pieces over water at a speed of 270mph.

Brilliant. But its cruising altitude was just 17 FEET so it only took one decent-sized wave to bring it to a shuddering, explosive halt.

Russia also made a lot of noise about the MiG-29 and its ability to fly backwards while upside down.

It looked tremendous at air shows, but as a US fighter pilot once said to me, while watching a video of the MiG in action: “Yeah, but if it was flying like that, we’d just shoot it down.”

And then of course there was the Lada, which was like a Western family car except in every single detail.

So I’m not going to lose any sleep about the Russian torpedo because, even if it works, it’s only going to cause a small ripple which, at worst, might make a couple of East Yorkshire fishermen a “bit poorly” for a day or two.

And if I were in the Ukraine right now, with all those Russian tanks sitting on the border, I wouldn’t be worried at all.

Because chances are most of them won’t start.