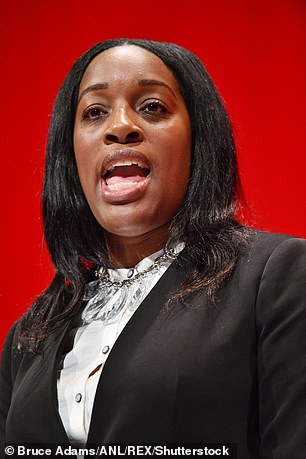 A Labour MP has been accused of wasting police time after she called 999 when journalists arrived at her home to ask questions about her drug dealer son.

Former frontbencher Kate Osamor called the emergency services twice when reporters asked her to comment on inconsistencies in her accounts of her son Ishmael’s court case.

Scotland Yard sent six officers in 24 hours in response to the calls, the Times reported.

Two officers were sent to her home in Haringay, north London, when a reporter asked Ms Osamor for comment on her son’s conviction for intent to supply drugs.

She reportedly told the journalist to ‘f*** off’ and threw a bucket of water at him.

The MP for Edmonton then allegedly told him she should have ‘come down here with a bat and smashed your face in’ while police were present.

Ms Osamor, the former Shadow Secretary of State for International Development, wrote to the judge in her son’s case to ask for leniency before he was served a community sentence on October 19.

Ishmael, a parliamentary aide, had been caught at the Bestival music festival with £2,500 worth of drugs in 2017.

But the discovery of his mother’s intervention contradicted earlier accounts from Labour that she only heard about his case when she began being questioned by journalists on October 26.

Ms Osamor called the police after another reporter arrived at her house following the release of this story. 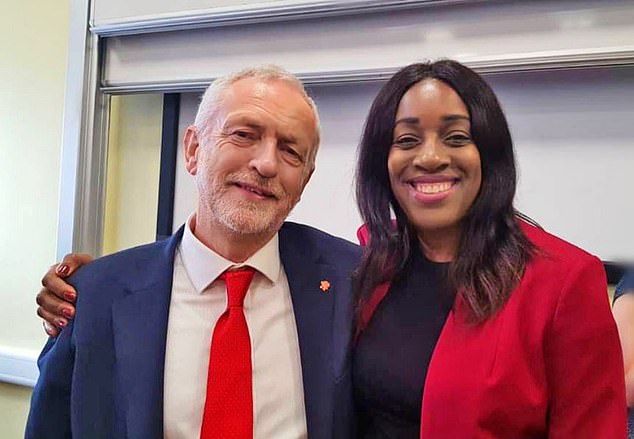 Four officers were dispatched in this case, but Scotland Yard refused to disclose what led to this many officers being sent.

Ms Osamor, who resigned from the shadow cabinet at the weekend, previously blamed the government for the loss of 100 police officers in her area.

Susan Hall, Conservative member of the London Assembly, said: ‘It’s a bit rich of Kate Osamor to complain about police cuts and at the same time shamelessly waste police resources.’

Ms Osamor’s contradictory accounts of her son’s case and her continued employment of him in her office have led to questions about her fitness to remain in Westminster.

Knife fight in the Jungle: Terrifying moment migrant is stabbed by blade-wielding attacker – The Sun