A FORMER Labour MP accused of groping a Parliamentary staffer has been found in breach of sexual misconduct rules.

Mike Hill would have been suspended from the Commons had he not resigned his Hartlepool seat last March amid harassment claims. 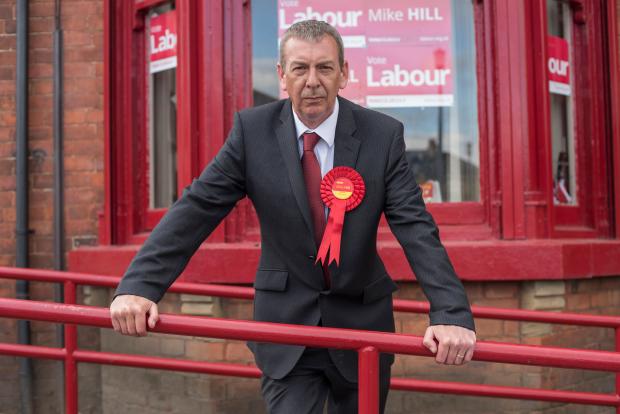 Parliament's watchdog today upheld the woman's allegation that he crawled into her bed while she was sleeping and tried molesting her.

The Independent Expert Panel (IEP) said Mr Hill would have faced a significant sanction had he not quit.

Commons Speaker Sir Lindsay Hoyle has stripped Mr Hill of his right to a parliamentary pass as a former member.

The IEP report published today says Mr Hill twice broke the rules in both his parliamentary office and his flat.

The report said: "She alleged that he got into her bed late at night when she was asleep, made physical contact with her and attempted to touch her in a sexual way without her consent.

"The investigator found this conduct proved. He concluded that [Hill] was in breach of the sexual misconduct policy because on these two occasions he had made ‘uncalled-for and unwelcome physical contact with the reporter and that he initiated a sexual act without consent."

The IEP was considering an appeal following a report by the Parliamentary Commission for Standards which found Mr Hill had acted in breach of Parliament's Sexual Misconduct Policy in respect of one of the three allegations made by the woman.

Both Mr Hill and the woman appealed and the IEP found that he had actually breached the rules in two of the three allegations.

Sir Stephen Irwin, chairman of the IEP has said: "The sub-panel took a very serious view of his conduct, and had he remained a member of Parliament, a significant sanction would have been under consideration.

"In the light of his resignation, however, the sub-panel concluded that no available sanction met the facts of this case and the specific circumstances of the responder. They therefore did not impose or recommend a sanction."

Mr Hill is also facing an employment tribunal case, with a decision expected to be made towards the end of June.

The tribunal has already heard texts sent from Mr Hill telling the staffer how he "craved her body" and wanted to marry her.