Sales of previously owned homes declined 5.9% in October from the prior month to a seasonally adjusted annual rate of 4.43 million, the National Association of Realtors said Friday. That was slightly better than the 6.6% month-over-month decline economists surveyed by Bloomberg estimated.

The figures again show that the market’s abrupt slowdown that started earlier this year continues as the Federal Reserve tightens monetary policy to help reduce inflation, which is also boosting mortgage rates. The sharp increase in interest rates has upended home purchases as more would-be buyers get pushed out of the market.

“More potential homebuyers were squeezed out from qualifying for a mortgage in October as mortgage rates climbed higher,” said NAR Chief Economist Lawrence Yun. “The impact is greater in expensive areas of the country and in markets that witnessed significant home price gains in recent years.”

U.S. mortgage rates did slip below 7% this week, generating a bounce in mortgage applications.

The contract rate on a 30-year fixed mortgage rate fell to 6.61% from 7.08% the week prior, the largest weekly decline since 1981, according to Freddie Mac, after consumer and producer price growth eased in October, sending bond yields lower along with mortgage rates.

As a result, mortgage application volume for purchases swung higher by 4% last week compared with the previous week, according to the Mortgage Bankers Association’s seasonally adjusted index. 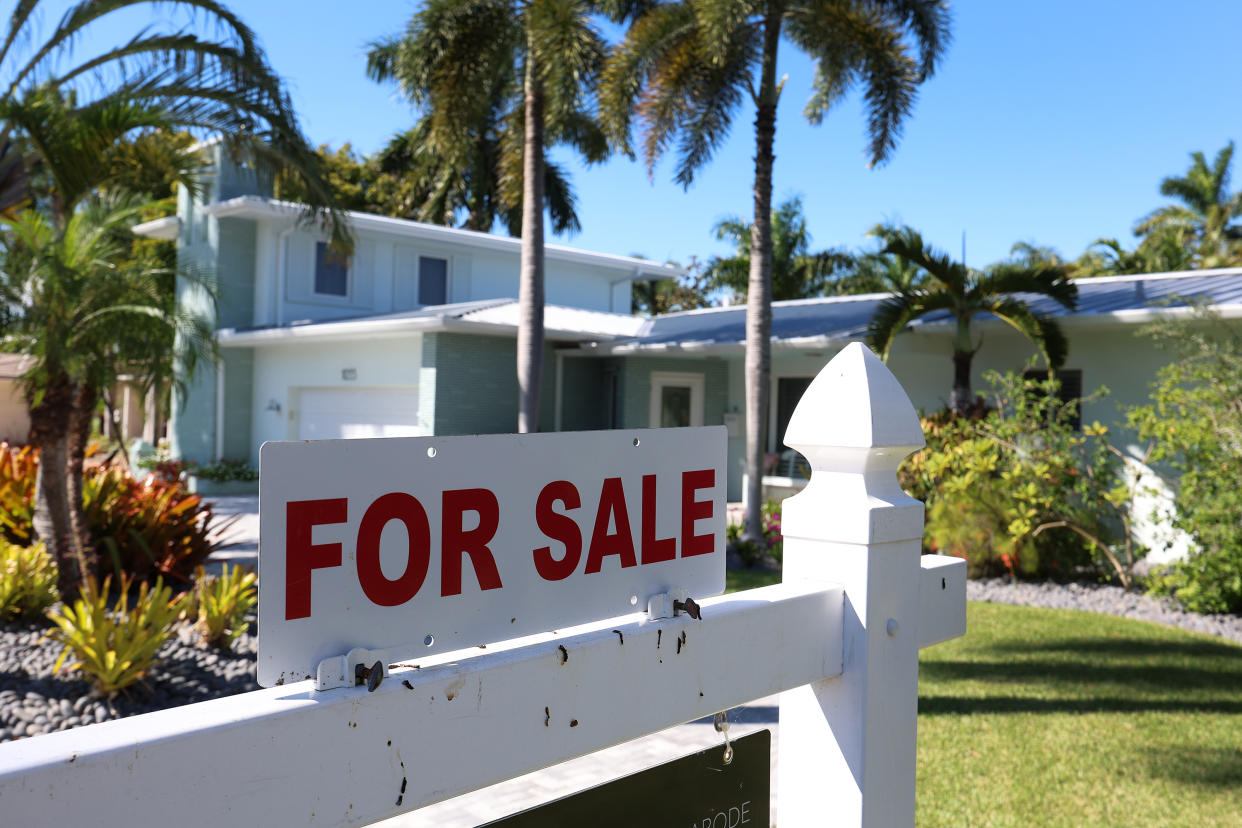 The number of homes for sale declined at the end of October was 1.22 million, down 0.8% from both September and a year ago. New listings are down from a year ago, indicating the pullback from sellers to list their home.

While almost of a quarter of homes received an offer over the asking price, those on the market for more than 120 days reduced prices by an average of 15.8%, according to NAR.

Separate data out this week showed that builders are pulling back as well. The number of permits for single-family homes dropped, while homebuilder sentiment slid every month this year.

Still —64% of homes sold in October were on the market for less time.

The median selling price rose 6.6% from the year before to $379,100, but is down 1.15% from the month before, marking the fourth straight month-over-month decline.

First-time buyers accounted for 28% all transactions in October, down from 29% in both September 2022 and October 2021.

Cash sales represented 26% of total sales. Investors, who typically pay in cash for a home, made up 16% of the market, down 17% from a year ago. That's up 15% from a month earlier.