Hundreds of thousands of expat pensioners could flood back to Britain if there is a no deal Brexit – putting an extra strain on over-stretched hospitals, government officials warn

Hundreds of thousands of expat pensioners could flood back into Britain if there is a no deal Brexit, putting a strain on hospitals, government officials today warned.

The Brexit department admitted there will be ‘uncertainty’ for Britons living in the EU if the country crashes out of the bloc.

It said that if expats decide to pack their bags and return to the UK they could place an extra strain on hospitals, schools and housing.

While some 59,600 of these expats are 15 years-old or younger, meaning they will need to be found school places if they return to the UK.

A policy paper released by the Brexit department today said these returnees will be entitled to housing, schooling and welfare payments like any other British citizen. 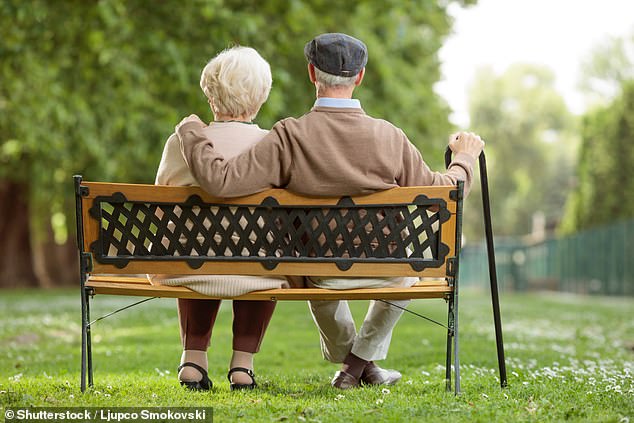 Hundreds of thousands of expat pensioners could flood back into Britain, putting a big strain on hospitals, government officials have today warned (file pic)

It states: ‘If, however, UK nationals were unable to continue to live their lives as they do now in a ‘no deal’ scenario and returned to the UK to live, there are a number of steps the Government would consider to address concerns that have been raised.

‘We understand that access to healthcare is vital and can confirm that UK nationals who returned to the UK permanently in a ‘no deal’ scenario would have access to NHS-funded healthcare on the same basis as UK nationals already living here.

‘They would also be able to register to vote in local and national elections.’

The paper adds: ‘We recognise that an issue raised by UK nationals is their ability to access to benefits and housing quickly on return to the UK.

‘Arrangements will be made to ensure continuity of payments for those who return and are already in receipt of UK state pension or other UK benefits while living in the EU.

‘We are considering how support could be offered to returning UK nationals where new claims are made and will set out further details in due course.

‘UK nationals will continue to be able to access education in the UK and details on where to find information on how to apply and any current eligibility criteria are provided below.’

There are already concerns that Britain’s schools and hospitals are overstretched and the paper will fuel fears that an extra burden may be looming.

Lib Dem MP Layla Moran MP, who is a campaigner for the anti Brexit group Best for Britain, said: ‘Europe is facing a Brexit exodus because as Brexit starts to bite, more and more Brits will selling up and come back home.

‘This threatens to collapse an already creaking NHS and break schools that are already stuffed to bursting.

The warning comes as Theresa May’s Brexit plan is engulfed in turmoil just five days  before the crunch vote on her deal.

A staggering 104 Tories have said they will not back her divorce deal, and if they all stick to their guns they will inflict a humiliating defeat and could send her premiership crashing down.

Several Cabinet ministers have pleaded with her to pull the vote amid fears she could lose by over 100 votes. 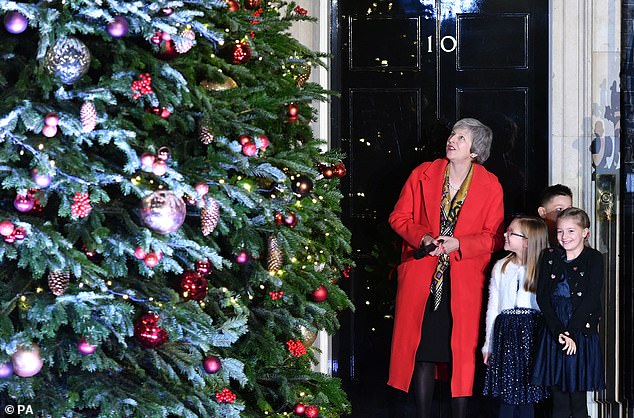 Sir Graham Brady, chair of the powerful Tory backbench 1922 committee, also waded into the row this evening by saying he would ‘welcome’ a delay to the vote.

Mrs May gathered her senior Cabinet minsters for emergency talks at Number Ten tonight as she scrambles to try to reverse her fortunes and avoid defeat.

But the PM has vowed to press ahead with the Brexit showdown despite staring down the barrel of catastrophic defeat.

Mrs May struck a defiant tone on BBC Radio 4 this morning as she warned there is no other deal on the table.

And she said that killing her proposal off would either end up with the UK crashing out of the EU – or Brexit not happening at all.

The premier also confirmed that she is looking at ways to sweeten her blueprint for mutinous MPs – suggesting there could be a parliamentary ‘lock’ on the Irish border backstop arrangements coming into force.

Asked repeatedly about calls from senior ministers to put off the Commons showdown on Tuesday, Mrs May said: ‘We are in the middle of five days of debate in Parliament which will lead up to a vote on this issue.’

Pub curfew could be scrapped to save businesses

Captain Tom's instructions for his funeral are revealed by his family