Childhood pictures of a teenage sex worker who was murdered 30-years-ago have been released by police in the hope that they may prompt someone to name her killer.

A lorry driver found her body dumped beside woodland in a layby on Ringland Road at the Ringland Hills beauty spot on the outskirts of the city at 3.50am the same day.

A post mortem later revealed she had been asphyxiated, but her killer has never been found, despite a DNA sample of the suspected murderer being on her body

There has been speculation that she was killed by Suffolk Strangler serial killer Steve Wright who murdered five prostitutes in November and December 2006 around 50 miles away in Ipswich. 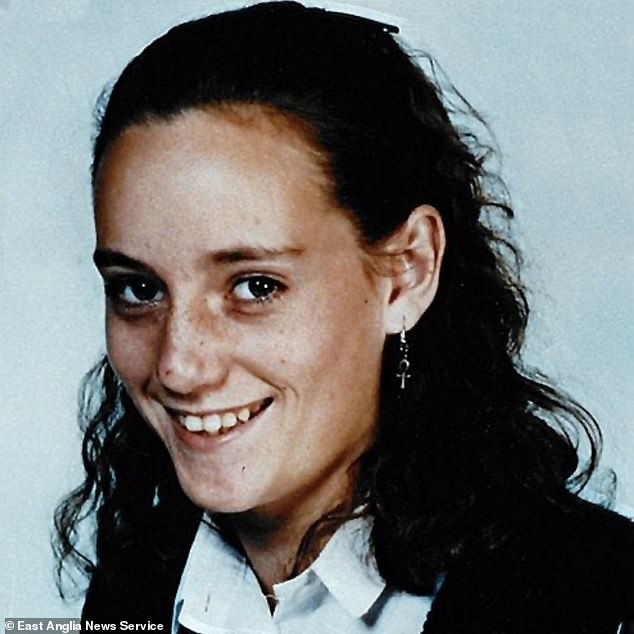 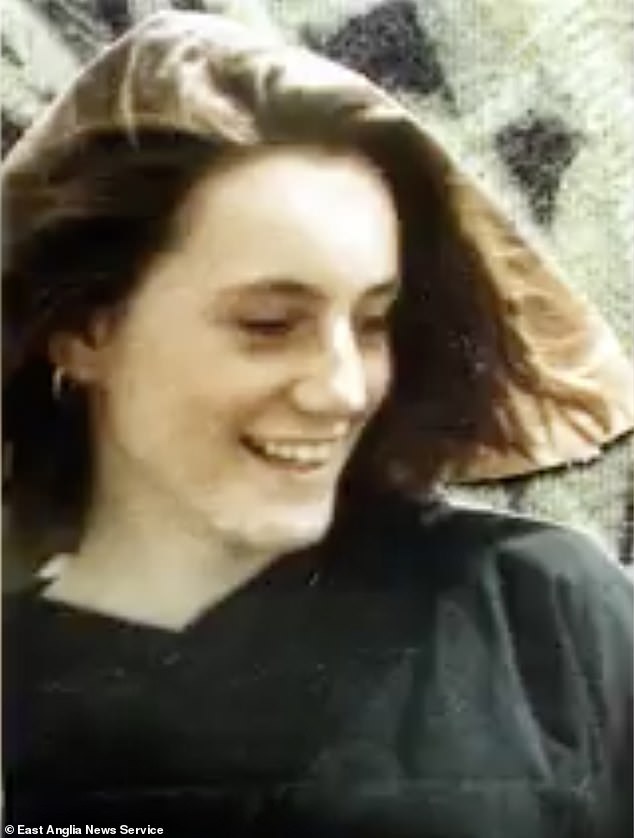 A lorry driver found her body dumped beside woodland in a layby on Ringland Road at the Ringland Hills beauty on the outskirts of the city at 3.50am the same da

Suffolk Police insisted after forklift driver Wright’s conviction for five murders in 2008 that they had no evidence to link him to any other cases.

But it has since been reported that he was the man arrested in July last year on suspicion of the murder of Vicky Hall, 17, who was found strangle din a ditch after disappearing while walking from a nightclub to her home in Trimley, Suffolk.

Natalie’s younger sister Georgina, now 35, gave family photographs to Norfolk Police showing her smiling as a young girl with her siblings and riding a horse.

Officer said the snaps which have never been shared publicly before were being released ‘in a bid to encourage people to come forward with new information 30 years on from her murder’.

Georgina who asked for her surname not to be revealed said: ‘Natalie was only 16 when she died. She was just a child.

‘Someone somewhere knows something about her murder. Thirty years is a long time. It’s long enough and it’s time for someone to tell the police the truth.

‘Even if the person responsible for her death has died, we just want to know what happened.

‘It’s been amazing looking at these photos again, she looks so happy. For all the negativity often associated with her name over the years, Natalie is happy in these photos and that’s nice to see for me, my brothers and sister. It’s also heart-breaking.

‘Natalie was so much more than how she died. She loved horses and horse-riding, she was an incredibly gifted artist and a much-loved sister, daughter, and friend.

‘When something like this happens, it affects everything and everybody. Natalie had family and friends, and her death has overshadowed all our lives.

‘Nobody can take away the 30 years of pain my family has been through but it’s time to give us some closure.’

Georgina who was five-years-old when Natalie died, still lives in Norfolk with her husband and their two young sons. 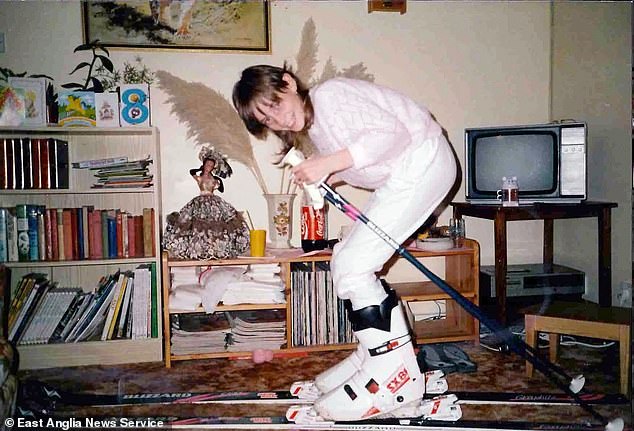 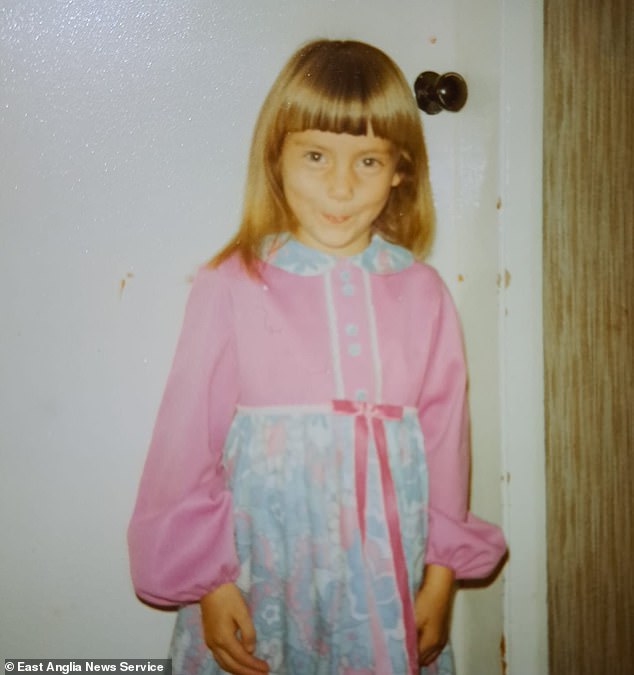 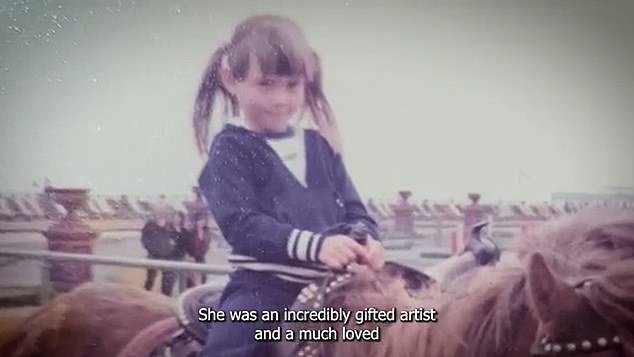 Police recovered a DNA profile from Natalie’s body in 1992 and loaded it onto the national DNA database.

A Norfolk Police spokesperson said: ‘The investigation into Natalie’s death has never been closed and has been subject to reviews since 1992.

‘The 25 year anniversary appeal in 2017 received an encouraging response with Norfolk Police receiving 56 telephone calls and emails and, as a result, 11 new DNA profiles were taken from men whose names had been put forward as being potentially involved.

‘Another 30 names of interest were confirmed as already on the national database and were known to the enquiry.

‘Officers have also revisited original witnesses and several new ones who did not come forward in 1992.

‘Sadly, neither police enquiries nor the names put forward have identified the person responsible for Natalie’s murder.’ 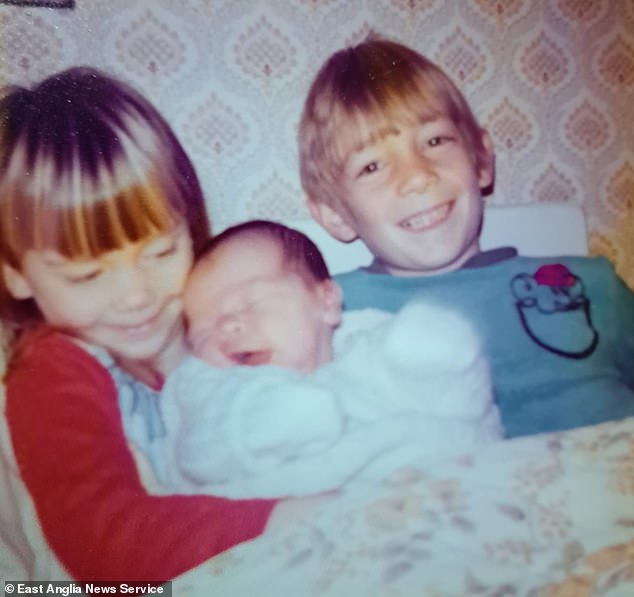 Norfolk Police’s Cold Case Manager, Andy Guy said: ‘Natalie was little more than a child when she was murdered and her family deserve to know what happened, and who was responsible for her death’ 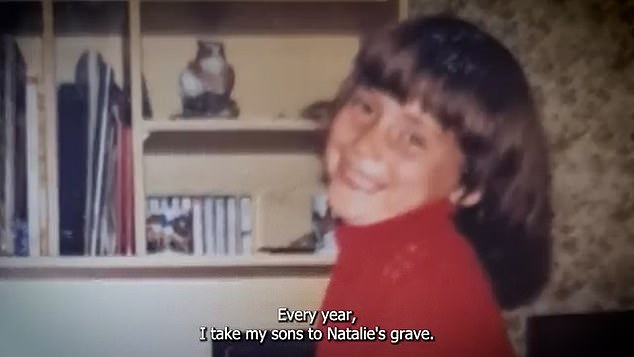 Norfolk Police’s Cold Case Manager, Andy Guy said: ‘Natalie was little more than a child when she was murdered and her family deserve to know what happened, and who was responsible for her death.

‘I’d ask anyone with information that may help explain the circumstances surrounding her death to share this with us.

‘We have what we believe is the DNA from the man that killed Natalie. One call with one name could resolve this case.

‘There must be people who know or strongly suspect who was responsible, and I’m sure that plays heavily on their conscience. I would also be interested to hear of any rumours that circulated regarding Natalie following her murder. Please do the right thing and help bring closure to Natalie’s family.’

Anyone with information can contact Norfolk Constabulary’s Cold Case team by emailing [email protected] or telephoning 01953 423819.

Alternatively, people can call Crimestoppers anonymously on 0800 555111 or share the information with Norfolk Police via an online portal here: https://mipp.police.uk/operation/363719P01-PO1