A FARMER’S dog chased a couple after a sat-nav mix-up sent dozens of suspected Covid patients to a family farm instead of the correct testing site.

People needing coronavirus tests were given directions to the North Yorkshire testing centre – but the postcode accidentally took them to Gerald Towers' farm a few hundred yards up the road. 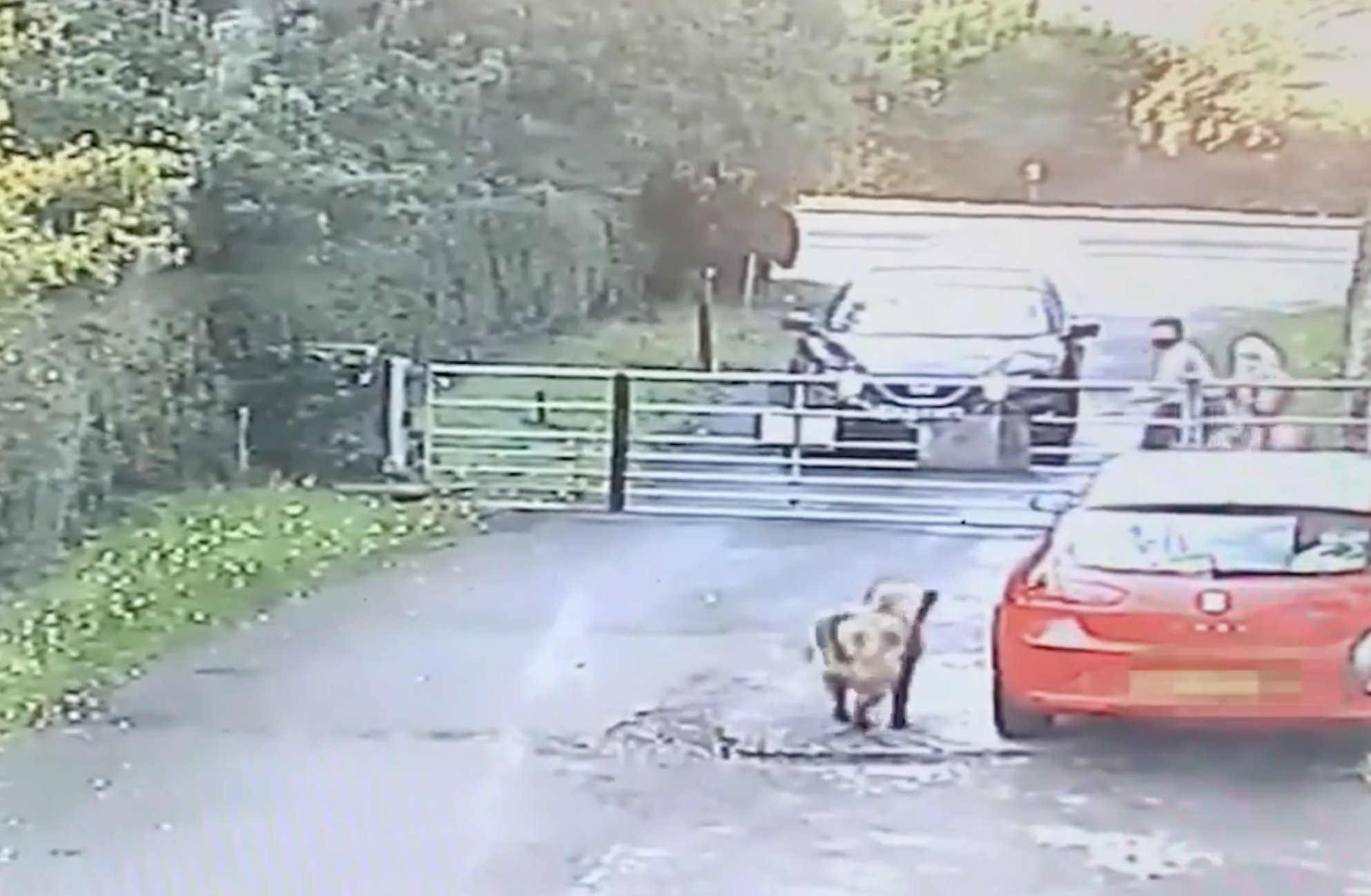 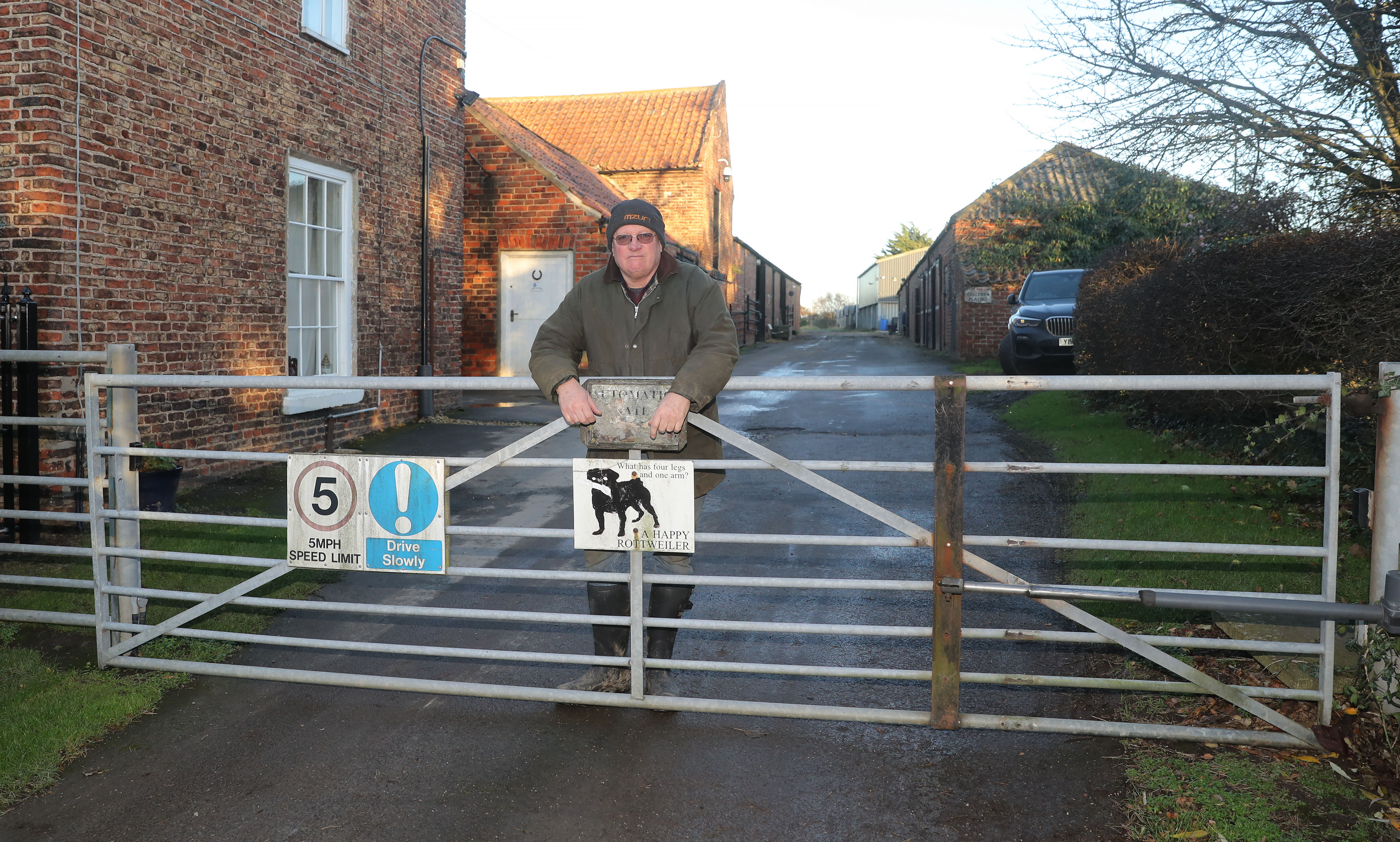 The tech mix-up saw dozens of people appear at Gerald's farm every week, asking: “Is this the testing centre?”

And when one couple came into Mr Towers’ yard to ask for directions, the pair were chased down the lane by the farmer’s dog.

CCTV footage shows the couple in masks dash to the farm gate as the yellow dog bounds towards them.

Gerald, 63, said: “The dog was only trying to be friendly but they were obviously quite scared and legged it.

“But we are scared too – these people could all be potentially positive and be bringing the virus into our yard with them.

“I am the only worker on the farm – if I fall ill it's a disaster."

The North Yorkshire Covid testing site was set up in a walled garden next to Mr Towers' farm after the garden's opening was delayed due to lockdown.

The testing site had originally been in nearby Redcar but it was decided to move it away from residential areas and it was shifted to the car park at Kirkleatham Walled Garden. 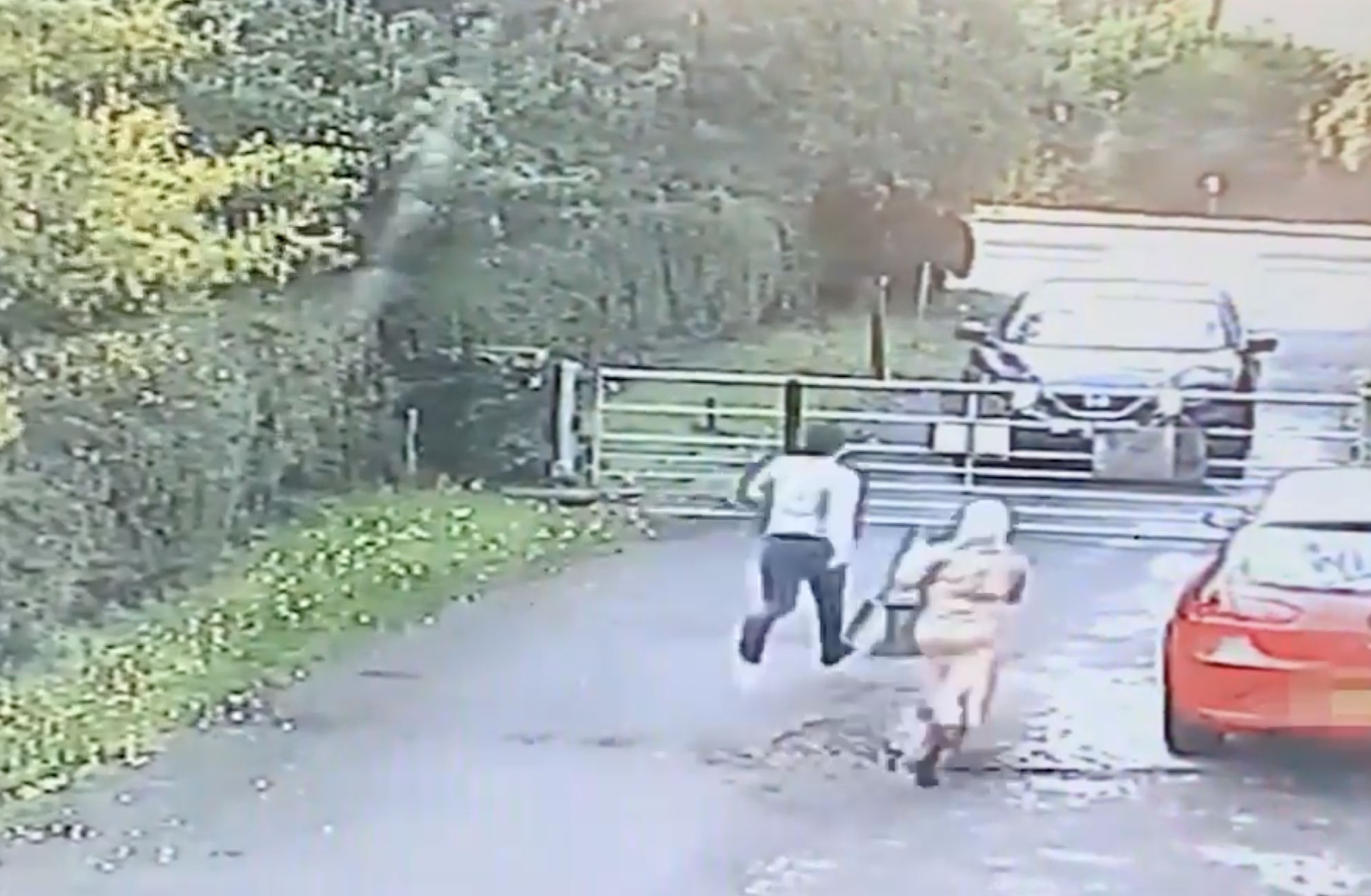 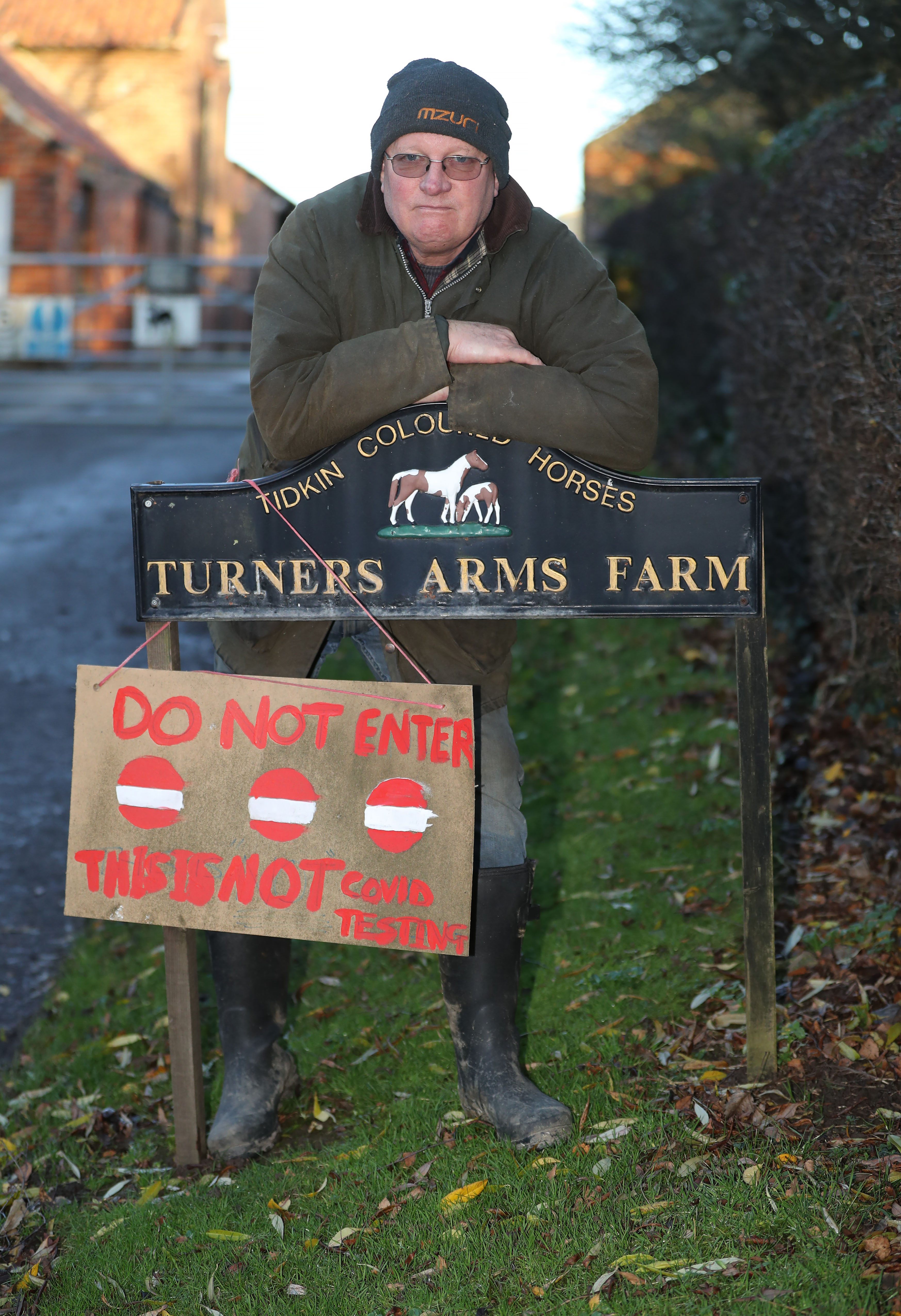 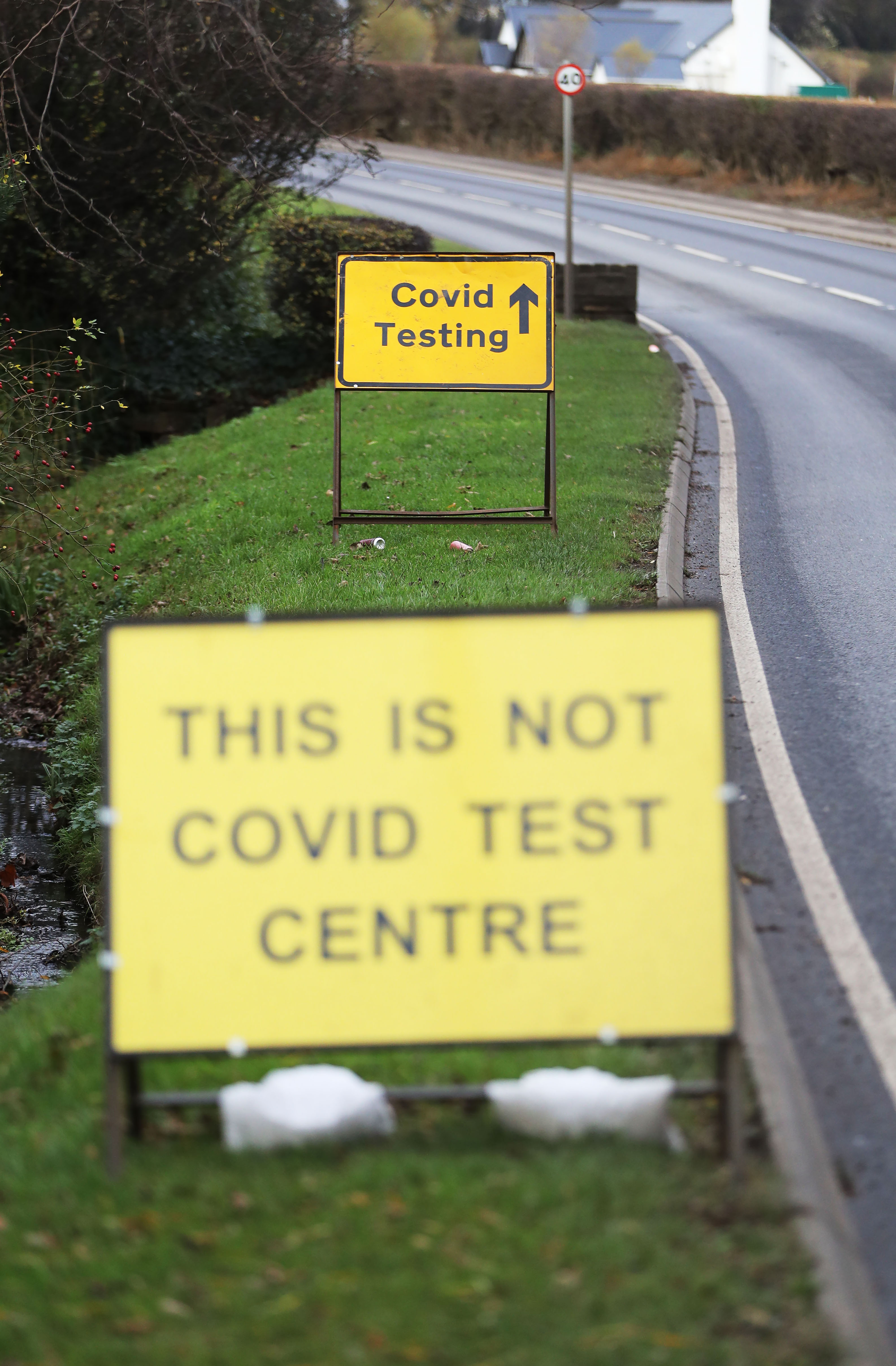 The garden had been closed for 30 years but its £9.8m transformation into an attraction complete with a 350-seat events pavilion and restaurant is hoped to attract 30,000 visitors a year when it finally opens.

Until then the car park is being used for the testing site – to Gerald’s frustration.

He said: “I am told there is no answer to the postcode issue. The only one they can use leads sat navs to my front door.

“People who arrive are obviously distracted by worries about having the virus and they might not know the area.

”So they blindly follow their sat nav which sees them coming up into our farm and getting out to open the gate or winding their windows down to ask for directions.

“They could be infected for all we know and we don’t want them on our farm.

“There is also a traffic safety issue. The road past the farm is quite a fast one and is on an S bend so is partly blind going both ways.

“There has already been one crash when a car stopped to turn into the farm and a truck went into the back of it.”

Gerald’s family has run the arable farm since 1952.

He added: “We also have a livery business and those customers have been getting stopped and asked for directions to the testing centre as well and that has distressed them.

“Even some of the first workers at the centre came to our farm instead of their own site on the first day there.

“At the height of it we had about six cars a day coming into the farm to get a test, it’s not on.”

He contacted local MP Jacob Young for help and his office alerted Redcar and Cleveland Council.

The dad-of-three has now erected their own signs as well as pleading with their local MP and council for help.

Gerald used red paint to make one sign that read: “DO NOT ENTER – THIS IS NOT COVID TESTING”.

A spokeswoman for Redcar and Cleveland Council said: “We can appreciate that this is a significant problem for the owner of the farm and would advise people using Sat Nav to follow the signage once they're close to the area."

“The site, which is run by a private contractor under contract to the Department of Health and Social Care, has always been well-signposted but we learned that the Sat Nav was directing people to neighbouring buildings.

“To overcome this, we have erected more signage around the area to take people directly to the testing centre.”