Egyptian father goes on trial in Texas for shooting dead his two daughters, 17, and 18, in his taxi cab in 2008 honor killings because they were ‘too American’

The trial of the father who authorities believe to have murdered his teenage daughters in a 2008 ‘honor killing’ began Tuesday after Monday’s jury selection.

The prosecution is not seeking death penalty against Yaser Abdel Said, 65, but he would automatically receive a life sentence if convicted.

The Egyptian-born cab driver who lived with his family just north of Dallas, Texas, allegedly shot to death his daughters, 17-year-old Sarah and 18-year-old Amina, in his taxi after telling them they were going out to eat on New Years Day 14 years ago.

‘Help, my dad shot me! I’m dying,’ Sarah could be heard in a 911 call she managed to make after she was shot. Investigators said Amina was killed instantly.

It is widely speculated Said committed the honor killing – a practice where individuals are murdered for bringing perceived shame on their family – after he discovered Amina had a non-Muslim boyfriend and because he thought they were becoming ‘too American.’

Said vanished after the murders and spent six years on the FBI Ten Most Wanted Fugitives list. He was found hiding out in Justin, Texas – barely 30 miles from the scene of the murder – where he had been being harbored by his son, Islam, who, at the time of the killings, was aged 19, and brother Yassein, who was approximately 45. Both relatives were arrested after the capture and are serving sentences in federal prison.

Speaking with The Dallas Morning News after the capture, Said’s former wife and the mother of the girls, Patricia Owens, said she thought it was possible her girls had been killed over in an honor killing but that she ultimately did not know the motivation.

‘My daughters were loving, caring, smart, loved everybody, would help anybody,’ Owens said, ‘They were two of the most awesome kids in the world, and they did not deserve what happened to them.’ 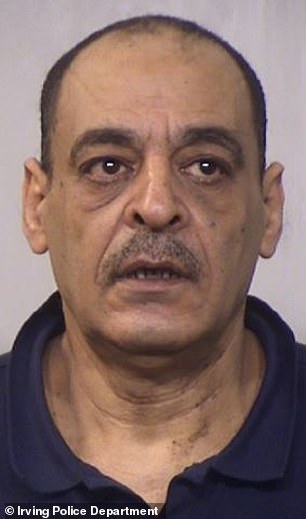 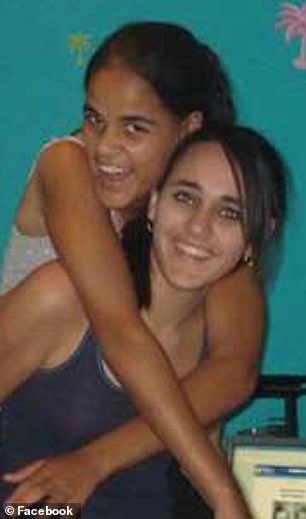 Yaser Abdel Said, 65, an Egyptian-born cab driver who lived with his family just north of Dallas, Texas, allegedly shot his daughters, 17-year-old Sarah (center) and 18-year-old Amina (right), to death in his taxi after telling them they were going out to eat on New Years Day 14 years ago. 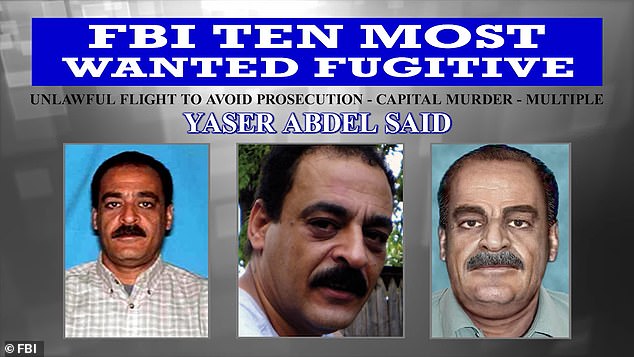 Said vanished after his daughters’ bodies were found, and made it onto the FBI Most Wanted Fugitives list in the following years

Police received Sarah’s frantic 911 call at about 7:30pm on that New Years Day. Though she accused her father in the call, she seemed to lose consciousness before dispatchers could determine her location or any other information.

Shortly after the call, the cops received another call from a man reporting two women unconscious in a car in the parking lot of the Omni Mandalay Hotel in Irving, Texas.

There, police found the girls dead inside their father’s taxi with multiple gunshot wounds each.

Said immediately became the prime suspect, and when authorities raided the family’s home the next day he was nowhere to be found. 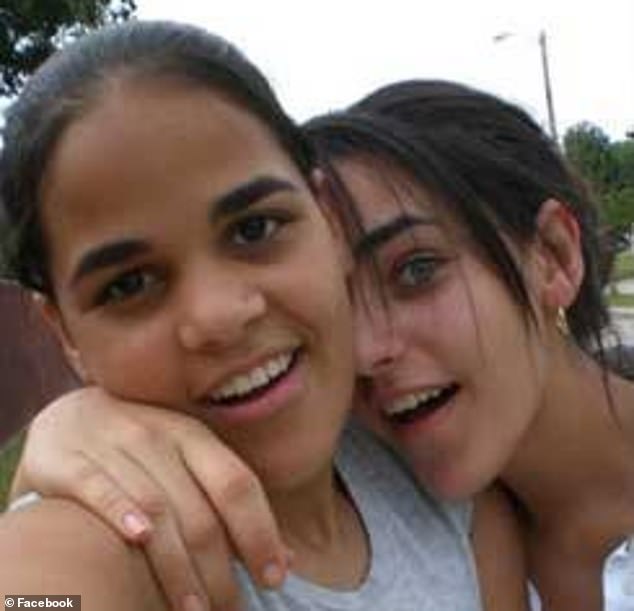 The sisters were allegedly murdered by their own father, 17-year-old Sarah (left) and 18-year-old Amina (right) 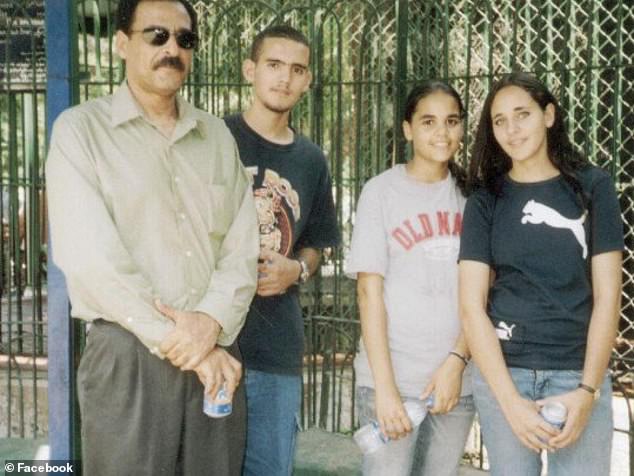 Said (right) pictured with his son Islam, and daughters Sarah (center, right) and Amina (left). Islam helped harbor his father after he allegedly murdered the girls

The day before the shooting, Said had convinced his daughters and wife to return home after they had run away around Christmas that winter.

The women had all fled from Said after he allegedly threatened to shoot Amina in the head when he found out about her boyfriend. Sarah reportedly told a friend her father had gone as far as to hold a gun to her Amina’s head while he threatened her.

Owen’s sister, Connie Moggio, corroborated the abuse after the shooting, and said she didn’t know why her sister and nieces returned to Said.

‘What prompted her to go back home is beyond me,’ said Moggio.

Said’s abuse of his family extended back as far as 1998, when Owens and the girls signed an affidavit alleging he had sexually abused his daughters. Those charges were later dropped after the girls recanted their story because they said they didn’t want to be forced to relocate.

In the years following those allegations, friends of the girls reported they often saw them wit bruises on their bodies or witnessed Said being physically violent to his family.

The girls reportedly confided in friends that their father was obsessively controlling, and that they often feared he was surveilling them wherever they went.

In a home video recorded by Said, the girls are filmed in their bedroom while Said can be heard suggestively saying ‘Sarah sleeps with her pants? Mmm, very nice,’ and ‘Wow, look at those eyes. I got my eye on you.’ 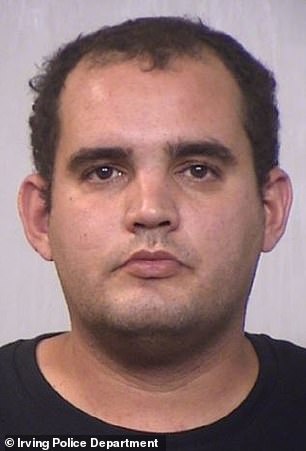 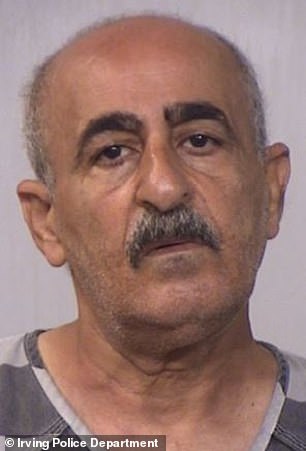 Said’s son, Islam (left) and his brother, Yassein (right). They are both serving time in federal prison for harboring Said while he was a wanted fugitive 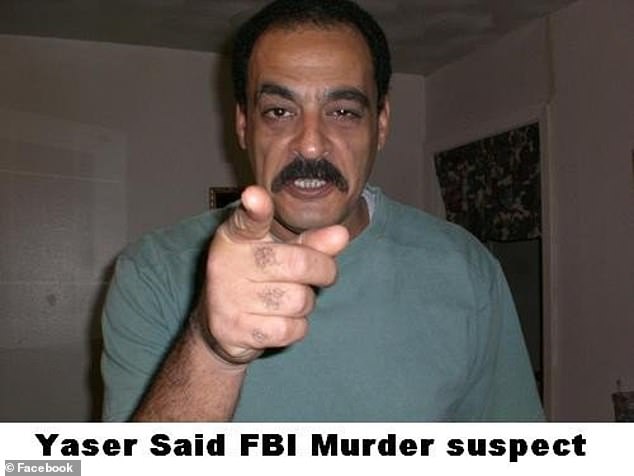 Said’s abuse of his family extended back as far as 1998, when Owens and the girls signed an affidavit alleging he had sexually abused his daughters

Owens divorced Said in 2009. She said she feared her ex-husband would turn up and kill her one day.

In 2011, while Said was still at large, Owens told The Dallas Morning News that she thought the killings could have been because of her ex-husband’s belief that the girls were shaming the family with their western ways.

‘He would say things like, ‘They’re becoming too American,” she said.

From the Archives: The 1954 BOAC Lockheed Constellation crash