A grieving father has accused an NHS trust of being ‘insensitive’ and of ‘insulting’ his family after a boss accused him of bullying.

Richard Caseby’s son Matthew was able to leave Birmingham’s Priory Hospital Woodbourne, where he was an NHS patient, despite signs that he was at high risk of absconding.

The 23-year-old was hit by a train in Birmingham on September 8 2020, just hours later. An inquest concluded this week that neglect by the Priory contributed to Matthew’s death.

The court also heard that a staff member at the trust told Richard that his son was still being treated at the Priory Hospital – 42 days after he died.

When they eventually acknowledged his death, Richard requested a formal letter of apology and explanation.

Acting chief executive David Melbourne sent a letter on headed notepaper by email to Richard but, three minutes earlier, sent another email to a colleague accusing the grieving father of ‘bullying’.

A shocked Richard has now told MailOnline: ‘All NHS bodies have a legal duty of candour when such tragedies occur. Yet this Birmingham Trust fought very hard indeed to prevent the truth from emerging.

‘To this day I still don’t understand why its most senior manager should be so insensitive and insulting to a grieving family.’ 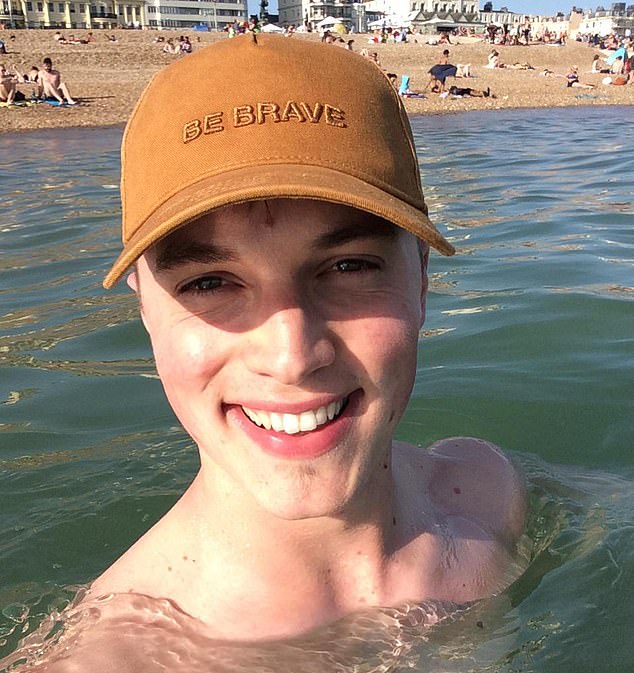 Richard Caseby was told by NHS staff that his son Matthew was still alive and being treated moer than a month after he had been killed by a train. Pictured: Matthew Caseby in Brighton 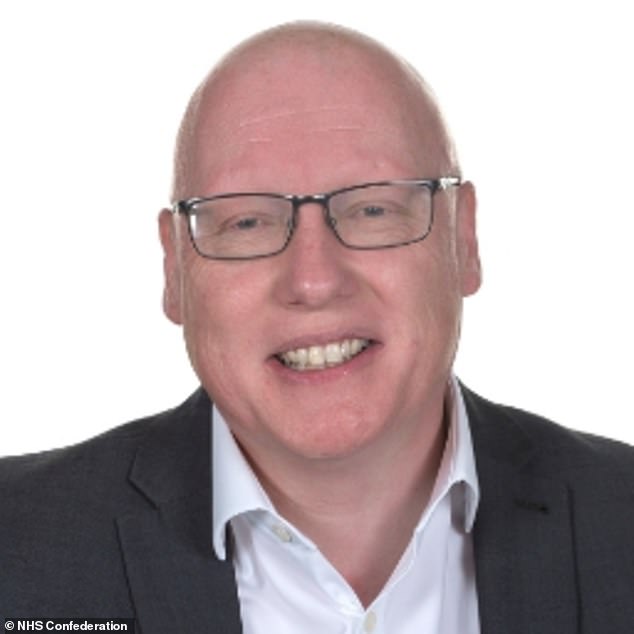 Acting chief executive David Melbourne sent a letter on headed notepaper by email to Richard apologising but, three minutes earlier, sent another email to a colleague accusing the grieving father of ‘bullying’

Matthew had been left unattended in a courtyard for about five minutes, enabling him to abscond by scaling a 7ft 6in (2.3m) fence, the court heard.

Jurors criticised the hospital’s failure to take action despite concerns that four patients previously escaped by climbing the fence between 2016 and 2020.

Forensic psychiatrist Professor Jennifer Shaw, who carried out an independent investigation into the incident, said Matthew was ‘said to be eyeing up the fence’ in a courtyard area at the hospital in the days before he absconded.

She said he had also previously ‘tried to tailgate staff’ and was seen with a binbag ‘walking as if to take it out’.

Louise Hunt, senior coroner for Birmingham and Solihull, asked Prof Shaw: ‘In your opinion, what level of risk would that put him at in relation to absconding?’

The psychiatrist replied: ‘I think that would suggest that the risk was high.’

She said it was not safe for Matthew to be left unattended in the courtyard.

It has also been revealed that the Birmingham trust tried to block the independent report into Matthew’s death – before attempting to make changes to it.

According to the Times, they also tried to block Matthew’s father Richard from visiting the courtyard at the hospital where he had escaped from.

David Melbourne, who has since been promoted and appointed as chief executive of the new Birmingham and Solihull Integrated Care Board, initially refused the family’s request for an independent investigation. 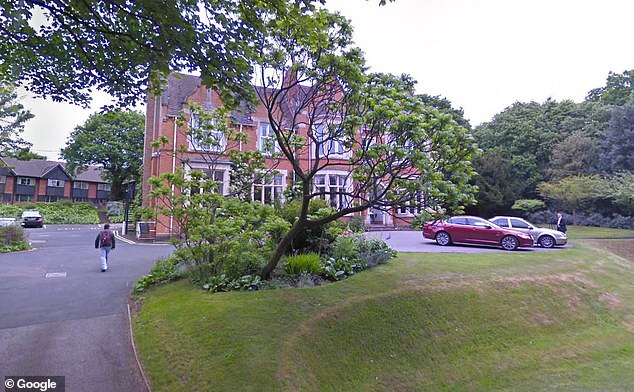 Matthew had been detained at Birmingham’s Priory Hospital Woodbourne, where he was an NHS patient, and was able to escape despite signs that he was at high risk of absconding

The Priory initially pledged an internal investigation, prompting Richard to raise concerns it would not cover previous escapes and that memories would fade, making an eventual independent investigation harder to carry out.

The independent investigation was only given the go ahead three months after Matthew’s death.

It was approved by returning chief executive Sarah Jane Marsh, who Melbourne had been covering for while she was on secondment in London.

After Professor Shaw compiled the report – and noted it was not safe for Matthew to be left unattended in the courtyard – the trust’s chief medical officer Fiona Reynolds tried to make changes.

She emailed Shaw and asked why the report concluded that failures in care had contributed to Matthew’s death.

Reynolds also slammed the report as ‘incomplete and requiring a wholescale review which no doubt also impacts on the report’s conclusions’.

She also shared her concern about criticism of the Priory for not acting on previous disappearances.

Shaw’s colleague refuted her attempts to change the report’s conclusion.

Later, the trust told the Times that it was standard practice to allow the internal Priory investigation to be completed before offering an independent review.

They also claimed that it was normal procedure for the trust to be invited to comment on the report.

Reynolds was the official who tried to block Richard Caseby from visiting the courtyard Matthew had escaped from.

During the inquest it also emerged that the trust had stopped conducting assurance visits to the Priory’s Woodbourne hospital for two years before Matthew’s death.

Professor Shaw told the inquest it was not safe for Matthew to be left unattended in the courtyard.

‘There needed to be a separate risk assessment for the courtyard in terms of his risk of absconding,’ Prof Shaw said.

‘And that should have led to him having constant observation out there so there was no chance he could be left on his own.’

She said staff told the investigation they had ‘raised concerns about the fence, the environment of the courtyard, and they felt their concerns hadn’t been listened to in that respect’.

Prof Shaw said it ‘wasn’t until after’ a further incident of absconding on November 19 2020, more than two months after Matthew’s death, ‘that there was any change in the physical security of that courtyard’.

She said this included increasing the height of the fence.

Even though a decision was made to raise its height to 9ft 10in (3 metres) after Matthew’s death in September 2020, the work was not done until after another patient had climbed over later that year.

And the fence has even been scaled again during the two and a half weeks of the inquest, the coroner said.

Although the fence met national guidelines, the lack of a supervision policy meant the courtyard was ‘unsuitable’ for patients’ use, the jury found.

Matthew – a personal trainer – was detained under the Mental Health Act after being seen walking on railway lines in Oxfordshire on September 3, 2020.

He absconded in the evening of September 7.

He was seen leaving the unit by two staff, who alerted colleagues and emergency services – but staff took ‘no further action’, the inquest heard.

He died at 8.40am the following morning after walking on to tracks close to Birmingham University.

In a narrative conclusion, the jury found Matthew, who held a first-class degree in history, was suffering ‘disordered thinking and did not have the capacity to form any intention to take his own life’. They said: ‘His death was contributed to by neglect on the part of the hospital.’

Coroner Louise Hunt, who is preparing a report including recommendations to avoid future deaths, said record keeping at the hospital was so poor he was noted as being ‘violent when he was not’ and even put down as the ‘wrong gender’.

‘Staff just didn’t seem to know the patient at all,’ she said. Matthew was also wrongly classed as being at low risk of absconding and at low risk of suicide, Birmingham Coroner’s Court was told.

Richard, who runs a communications business, said: ‘Matthew was a beautiful, gentle and intelligent young man. He was loved by his family and he had so much promise. After a long campaign, we are pleased that the truth has finally been heard.’

A Priory spokesman said the hospital apologised ‘unreservedly for the shortcomings in care identified’. They said changes had already been implemented, but added: ‘We will now carefully study the coroner’s findings to ensure that we take all necessary measures to improve patient safety.’

Sarah Jane Marsh, the Trust chief executive, wrote a letter of apology to Richard on July 1, 2020, saying: ‘I am so sorry that Matthew was let down by the services that should have kept him safe….’

‘I have read the report and I apologise for the actions and inactions of Forward Thinking Birmingham [the Trust’s mental health sevices], and for the role these played in Matthew’s death, particularly our lack of oversight of the system…

‘We failed Matthew while he was in the care of mental health services. And we also let his family down after his death with our exceptionally poor communications and family liaison with you.’

For confidential support call the Samaritans on 116 123 or visit www.samaritans.org

Covid cops give gran, 82, a warning for enjoying cup of tea with neighbour in communal garden in lockdown