Examine, a free weekly newsletter covering science with a sceptical, evidence-based eye, is sent every Tuesday. Below is an excerpt – sign up to get the whole newsletter in your inbox.

It’s been a hell of a few years. Since 2019, Australia has lurched from bushfires on the east coast to a pandemic to huge flooding across Queensland – likely with more on the way – and now an inflation problem partially caused by a foreign war.

Compare that to the preceding decade: the Black Saturday bushfires in early 2009 and the 2010 Queensland floods, and then nine years of relative calm.

Anecdotally, it feels like bad things are happening more often and closer together. That’s easy to dismiss as recency bias or as the bias that comes from working as a journalist covering all the bad things that happen in the world. 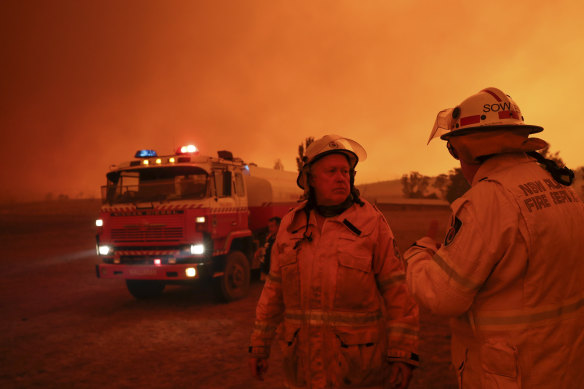 But the disaster experts aren’t dismissive. Something strange and new is happening, some argue. We’re seeing more crises, more often – and as the gap between crises narrows, we are less able to recover from one to the next.

“It’s a perfect storm. Think about Lismore: it was one flood after another. And we’ve got a La Nina again, so there’s now going to be more flooding,” says Professor George Braitberg, director of emergency medicine research at Austin Health.

“All the while, we’ve had this overlay of COVID. And before COVID, we had the bushfires. There is not the time to recover as an individual or community.”

You can think of the climate crisis as an energy system problem. We are trapping more energy in our atmosphere. This means that everything, both hot and cold, is becoming more extreme.

People in rich countries can adapt to a slowly warming world. “It is the extremes that are the dangerous things,” says Associate Professor David Heslop, a crisis researcher at the University of NSW.

The tropical belt that runs around the equator has for decades borne the brunt of natural disasters; those in more temperate climates, such as the major population centres of Australia, have enjoyed relative calm.

“What we’re now also seeing is an encroachment of these events into more temperate parts of the world,” says Heslop. The tropical belt is widening, pushing Australia’s wheat belt further and further south. Tropical cyclones are increasingly reaching peak intensity further north and south of the equator than before. Rates of drought, extreme temperature and extreme fire weather are all increasing.

What was once largely a tropical problem has now arrived in southern Australia in “the last three or four years,” Heslop argues. 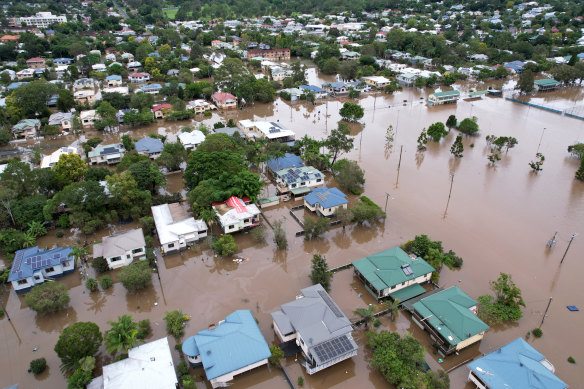 Crisis risk is also driven by how vulnerable we are as a society. “And we’re building more in areas that are exposed to climate risk,” such as floodplains, says Andrew Gissing, CEO at Natural Hazards Research Australia. “We’re certainly going to be entering a realm of more extreme events.”

When crises happen more often, the time between each crisis shrinks – either reducing the amount of time we have to recover between disasters or, worse, having multiple disasters hit at the same time and interact in unpredictable ways. This latter phenomenon is known as concatenation.

Healthcare workers and emergency services workers have faced fire, flood and then pandemic since the end of 2019. Combine that with the chronic long-term problem of funding not keeping pace with population growth, and you end up with a health system in crisis. More than a quarter of the nation’s nurses now say they plan to quit within the next few years.

“However horrific a bushfire is, we respond, we mourn, we rebuild our communities. But when those events are happening frequently, or having this incredibly long tail, we don’t get that ability to refresh,” says Braitberg. “This is probably the most difficult period of time to work in emergency departments.”

The 2019-20 bushfires also weakened Australia’s ability to respond to the pandemic by using up stocks of personal protective equipment such as masks.

And it’s not just that crises are happening more frequently: our world has become increasingly interconnected, so crises in different parts of the world increasingly overlap and interact.

Consider the 2007 global food price crisis, when the price of rice increased by 255 per cent. The cause can be traced to years earlier when Europe and the US enacted pro-biofuel policies as part of an effort to tackle the climate crisis. That led farmers to switch from food to fuel crops; add in a series of droughts and suddenly people didn’t have enough to eat.

When crises interact, it’s much harder to predict what might happen. We can see an example of this, I think, in the difficulty central banks now face responding to inflation – which is caused not by an overheated economy but by a complex interaction between a global pandemic and an overseas war. 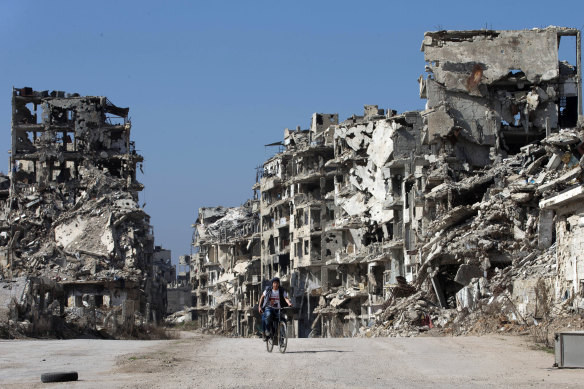 A Syrian boy rides a bicycle through a part of the old city of Homs, devastated by the Assad regime bombings.Credit:AP

These risks also cascade into each other. The climate crisis leads to increased water shortages and natural disasters, which push people to migrate to less disaster prone areas. That in turn can lead to populism, anti-immigration rhetoric and finally human rights violations.

Consider Syria. Between 2006 and 2011, the country suffered a severe drought, exacerbated by climate change. Farmers migrated to the city, increasing unemployment. Hungry and poor, the population erupted into protest in 2011, which led to a bloody civil war. That in turn caused a huge flow of refugees out of the country and into Europe. The 2015 European refugee crisis led to the election of a right-wing populist government in Poland and probably helped push the UK toward Brexit.

If this is the future we face – one of regular crises – then it calls for a rethink of how we respond. Building on floodplains, rebuilding after disasters, underfunding healthcare, hoping for things to return to normal – these suddenly feel like ideas for an older, simpler time.

Enjoyed this article? The Examine newsletter explains and analyses science with a rigorous focus on the evidence. Sign up to get it each week.