Laughing and joking like any carefree schoolgirls, these are the three Bethnal Green pupils enjoying a trip to Thorpe Park just months before they fled to Syria to become Jihadi brides.

Sitting close together on a coach the shaky video shows Shamima Begum, Kadiza Sultana and Amira Abase playing up for the camera.

Begum, who has been stripped of her British citizenship after four years as a Jihadi bride and ISIS supporter, appears at the end of the short clip that was recently found by a former classmate.

She is not wearing a traditional Muslim hijab and smiles as the camera focuses on her and an unidentified friend who uses her handbag to cover her face.

Amira, wearing a red hijab, appears first as she bashfully tries to avoid being filmed and playfully throws her hand up to cover her face. 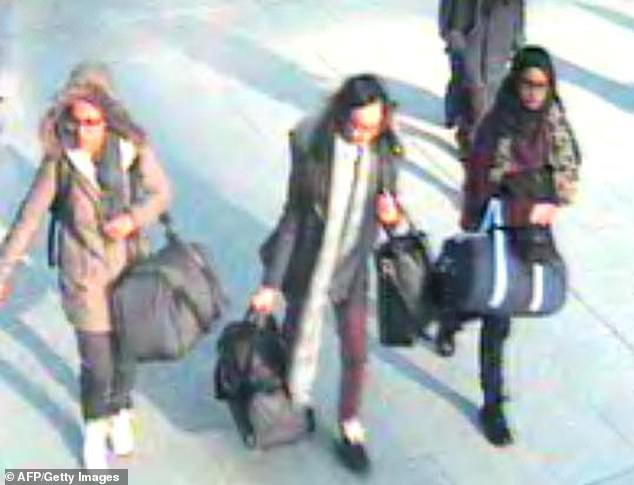 Eight months after the footage was taken the three east London girls, aged 15, fled to Syria to begin their new life as CCTV footage from Gatwick Airport caught them fleeing the country 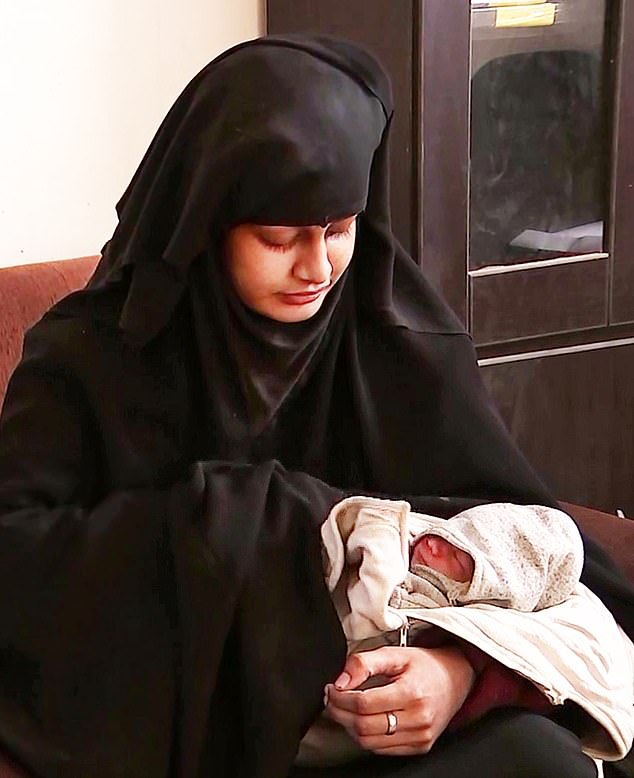 Last week a heavily pregnant Begum was found living in a refugee camp in a Kurdish controlled area of Syria. She wants to return to the UK with her newborn baby but has been stripped of her British citizenship by Home Secretary Sajid Javid

Her friend Kadiza is sat next to her and her face is obscured but she is wearing a black hijab.

The short clip was taken in June 2014 when the three travelled to the Surrey theme park for a day out to celebrate the end of term.

A student who used his smart phone to make the short clip said the girls had not shown any sign of the radicalisastion that led them to flee when they were on the trip.

‘You can see from the video they are just messing around. Shamima was not even wearing a hijab to cover her head,’ he said. 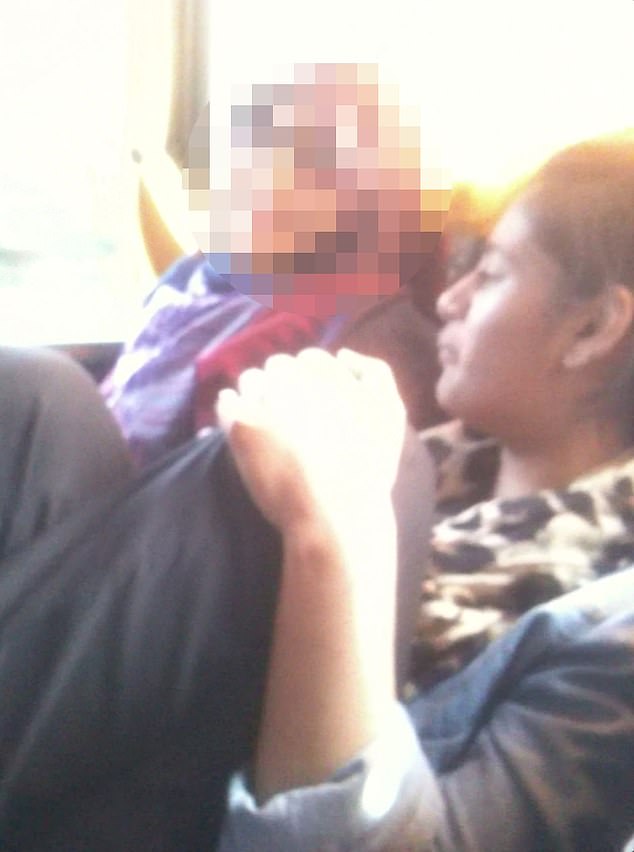 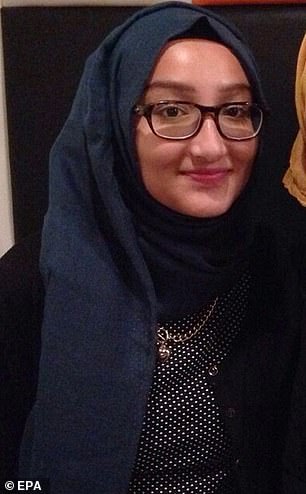 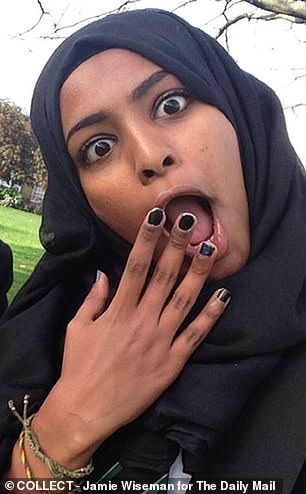 Kadiza Sultana (left) and Amira Abase (right) were also seen playing up for the camera. Kadiza died in an airstrike in 2016 while the fate of Abase is unknown

‘When they left for Syria no one at the school could believe it as they were so bright and not really shown any sign of being radicalised.

‘Like all of us they were just glad the school term was over and we were going to Thorpe Park in a trip organised by the school. They were a good laugh and as the video shows happy to mess around.’

Last week a heavily pregnant Begum was found living in a refugee camp in a Kurdish controlled area of Syria.

In a series of interviews the 19-year-old appeared unrepentant about her support for ISIS, provoking widespread condemnation by saying the Manchester Arena bombing was justified.

She now wants to return to Britain with her newborn son but her citizenship has been revoked by the Home Secretary amid an outcry from the public who are opposed to her being allowed back into the country.

Sultana is known to have died in an airstrike in 2016 with her family claiming she was attempting to flee Syria when she was killed.

The fate of Abase is unknown with some reports also suggesting she is still alive but her whereabouts unknown.

‘Never seen anything like it’: US coronavirus havoc revealed