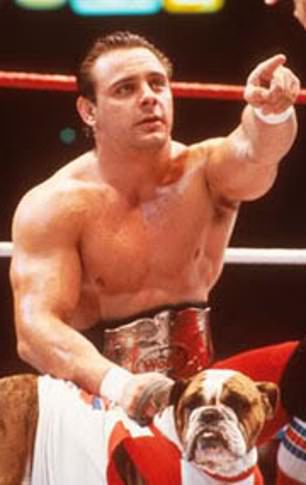 British wrestling legend Dynamite Kid who became a huge hit with fans in the 1980s has died on his 60th birthday, it was revealed today.

The wrestler from Golborne, Lancashire, whose real name was Tommy Billington, was one half of the British Bulldogs along with his cousin Davey Boy Smith.

But the World Wresting Entertainment (WWE) star had battled various health problems in his later years and had spent the last few decades in a wheelchair following a series of injuries.

Wrestling trainer Marty Jones tweeted: ‘It’s with great sadness I have to inform you all that The ‘Dynamite Kid’ Tom Billington on his birthday has passed away. A true British ambassador for wrestling worldwide. RIP ‘Kid’. Condolences to Mark and his family.’

Smith’s son Davey Boy Smith Junior also said on Twitter this morning: ‘It deeply saddens me to announce the passing of Tom Billington, the ‘Dynamite Kid’.

‘I was really happy and glad I got to see Dynamite one last time last June in the UK. 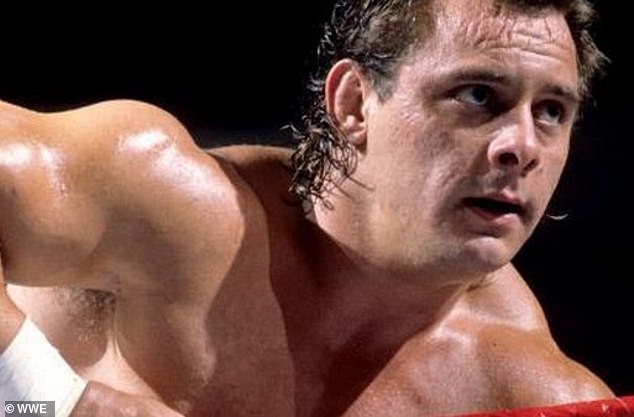 The wrestler from Golborne, Lancashire, whose real name was Tommy Billington, made his name with Stampede Wrestling in Canada, and also worked in Japan 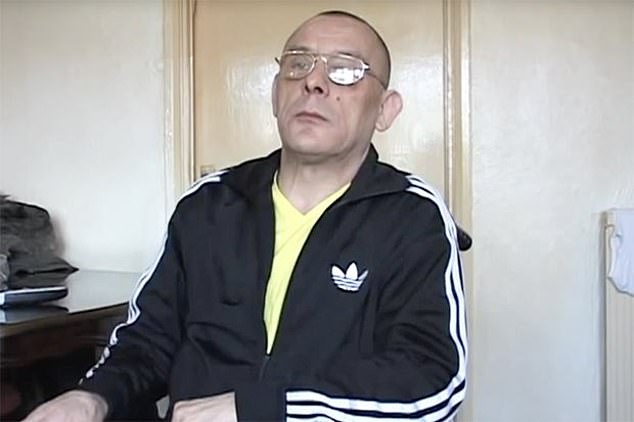 ‘Dynamite was certainly an inspiration to myself and many others and really revolutionised professional wrestling as we know it today.

‘He flew high, and gave it his all every match. Thanks for everything and sad to have lost another family member. Rest in peace, Dyno.’

‏Billington, who started wrestling aged 13, was touring Britain by the time he was 16 – before leaving for Calgary at 20 and making his name with Stampede Wrestling.

He also worked in Japan before moving to WWF – now known as WWE – in 1984 where he linked up with his cousin, Smith, as the British Bulldogs. 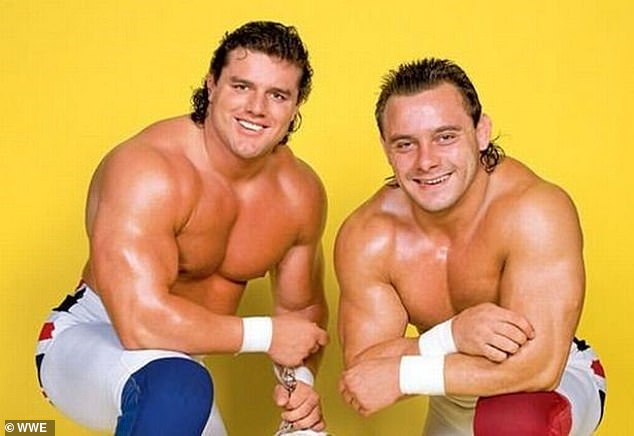 Billington (right) linked up with his cousin, Davey Boy Smith (left), as the British Bulldogs 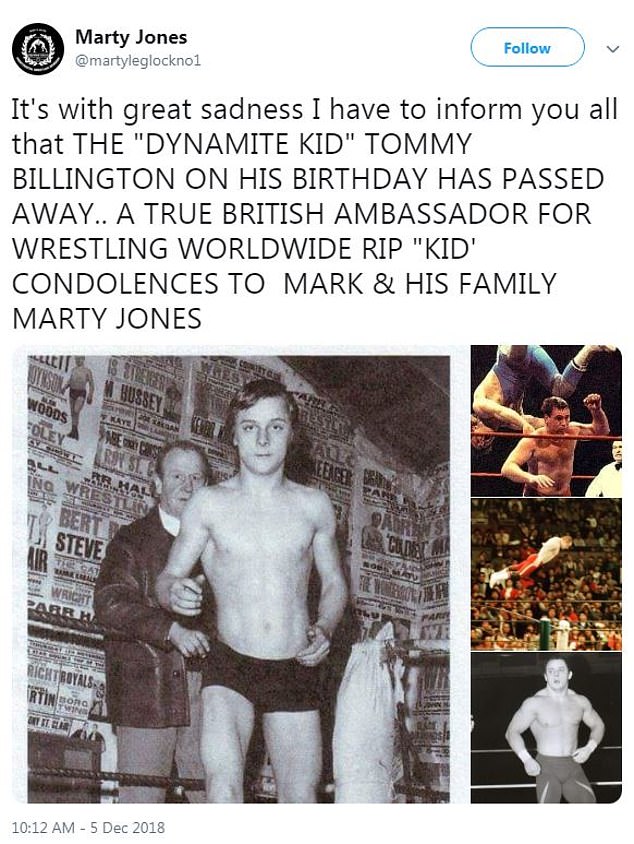 His career nearly ended in agony when he broke his back in the ring in 1986 at Madison Square Garden in New York and was told he would never wrestle again.

But he fought back to wrestle with WWF for another five years and was hailed as a legend – before resigning following a dispute over complimentary plane tickets.

He carried on wrestling in Canada and Japan until 1991, but took part in his final match in October 1996. One year later he lost the use of his left leg.

Billington was told he would never walk again, and then suffered a series of heart problems – before having a stroke in November 2013. He died this morning.

Was SUV driver in Wisconsin parade crash fleeing a crime?