Arson squad detectives are investigating after a house fire broke out in Melbourne’s south-west early on Sunday, leaving four people – believed to be children – unaccounted for, and another three people in hospital.

Victoria Police said in a statement the fire was thought to have started at a property on Mantello Drive at Werribee just after 1am on Sunday. 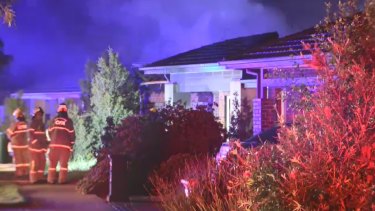 Four people, believed to be children, are unaccounted for. Credit:Nine News

Four people, believed to be children, were unaccounted for. A man, a woman, and an eight-year-old boy escaped the fire.

Police said the man was taken to hospital with smoke-related serious injuries, while the woman was hospitalised and being treated for smoke inhalation. The boy was hospitalised with minor injuries. 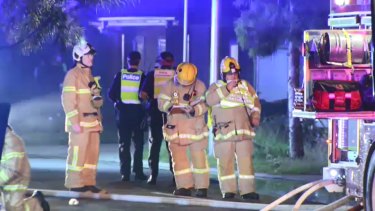 They said the exact cause of the fire was yet to be determined. 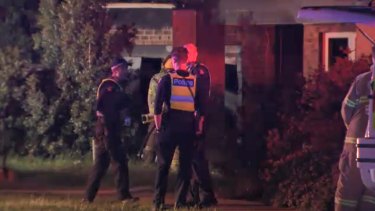