AT least four people were killed in a plane crash as an aircraft plunged to the ground seconds after takeoff.

A single-engine Beechcraft 35 Bonanza plane left Visalia Municipal Airport in California around 6:37pm local time on Saturday before coming down near a highway. 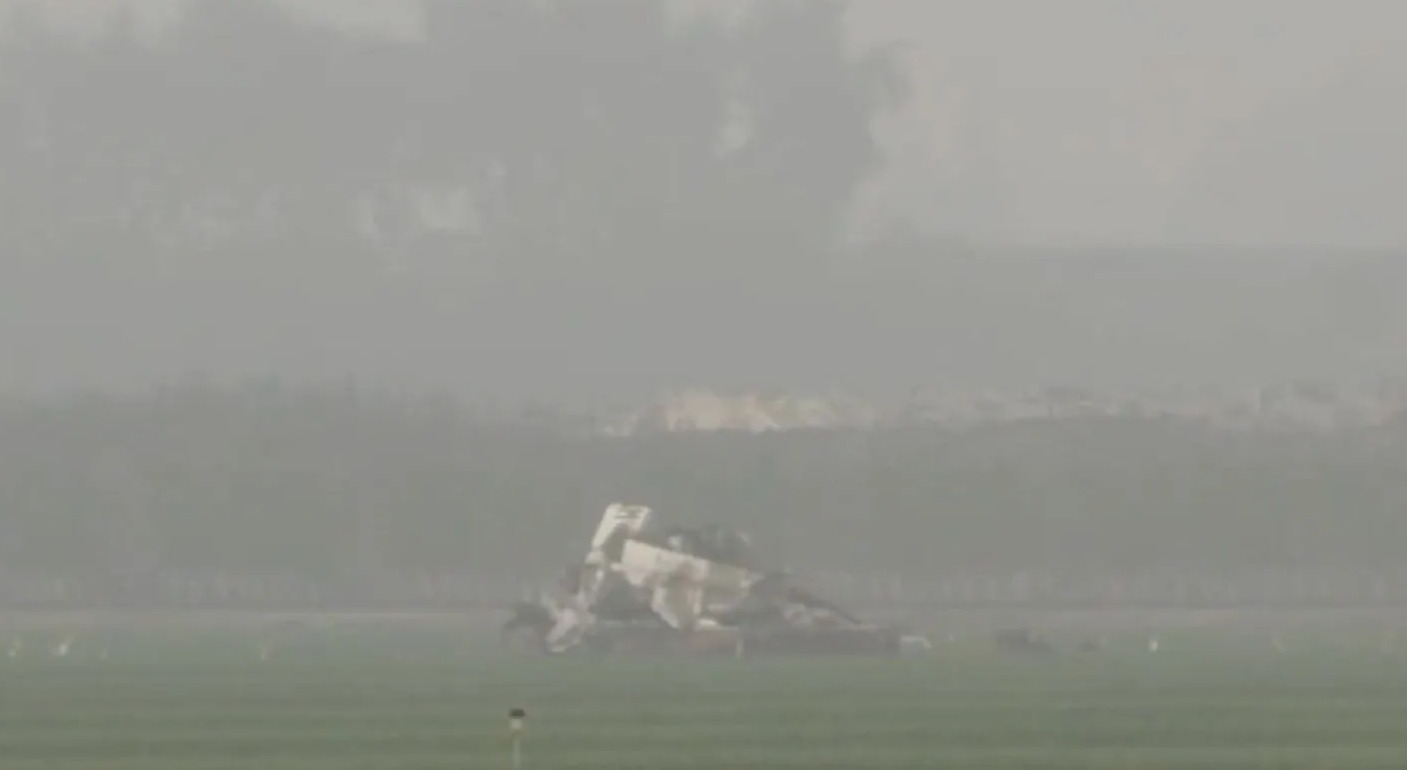 Pictures of the crash show a crumpled cabin and debris near an orchard, according to the Visalia Times-Delta.

Emergency crews raced to the scene but didn’t transport any of the victims to the hospital.

Cops have not revealed the identities of the four people who were on board the aircraft.

It’s not known why the plane came down but emergency crews said the fog was thick when they arrived.

Crews struggled to find the wreckage as there was no fire, according to reports.

Sgt Jesse Cox, of Tulare County Sheriff’s Office, said: “When we all responded, we were searching for the plane. The area is a large reservoir area and it's hard to get back there.

“We just circulated the area as much personnel as we had until we found it.”

The first 911 call was sent just minutes after the flight took off.

Officials at the National Transportation Safety Board say the wreckage field from the crash is about 500 feet long, according to ABC30. Debris was scattered in all directions.

A resident called cops after hearing the plane and a boom, the Fresno Bee reports.

Weeks before the crash, the plane completed two journeys between Sacramento and Visalia, according to FlightAware. It’s not known where the aircraft was heading.

NTSB officials, assisted by the Federal Aviation Administration, took over the investigation on Sunday afternoon. It’s reported that the probe could take weeks.

On Sunday, a propeller plane went down in a Chevrolet dealership in Medford, Oregon, leaving at least one dead.

John Karns, fire chief at Medford airport, told KDRV that he believed the plane was not a local aircraft.

Coroners are not expected to arrive on the scene until a body has been located.