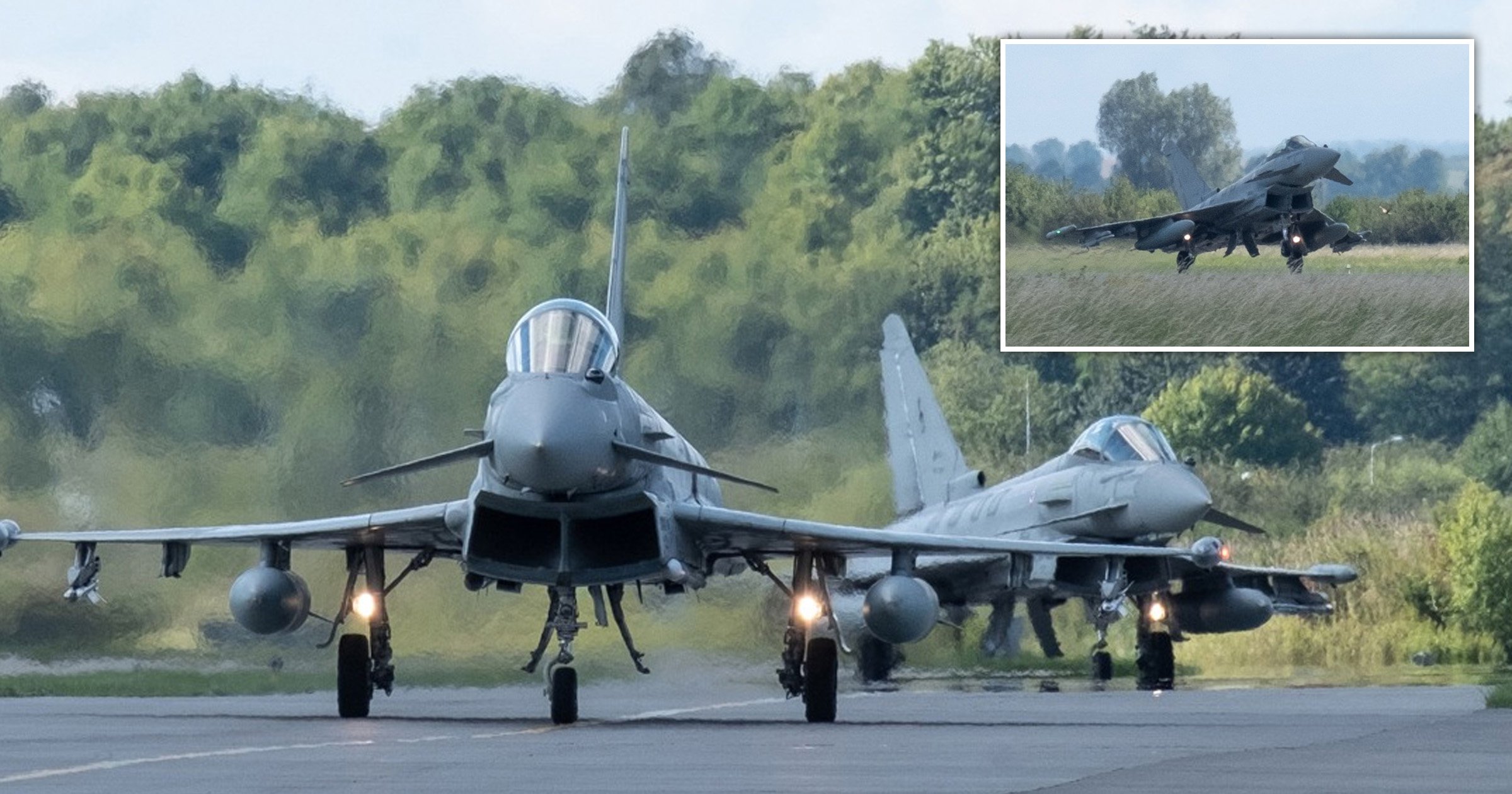 They were picked up travelling into Poland and Sweden’s ‘flight information region’ without permission.

The fighters took off from Kaliningrad, a Russian enclave on the European mainland, and were ‘forced to return’, a statement said.

It appears they flew over the Baltic Sea, which borders Kaliningrad to the north, and strayed into territory controlled by Poland and Sweden.

The Italian Air Force, which is engaged in air policing activities based in Poland, said it had initiated an ‘immediate take-off’.

It said the Russian fighters ‘had entered first Polish then Swedish airspace, before being forced to return to Kaliningrad airspace’.

A later statement said the scramble ‘was ordered due to Russian jets that flew over international waters within the Polish and Swedish Flight Information Region’.

Kaliningrad is known to serve as a base for several Russian military assets, including the Baltic Fleet of the navy.

Sweden is on high alert after the Kremlin reacted furiously to its decision to apply for membership of the Nato military alliance.

Vladimir Putin said in June that ‘tensions would emerge’ if Sweden and Finland should they join the military grouping.

Police Who Went to Tx. Home to Notify Wife of Husband's Suicide Find Her and Son, 11, Slain Inside