A 'DE FACTO' referendum is the most obvious choice for a lawful vote on independence, the First Minister said.

The SNP is not abandoning the independence route, "Westminster is blocking it", the First Minister claimed as she said the Scottish Government will find a new way to hold a referendum. 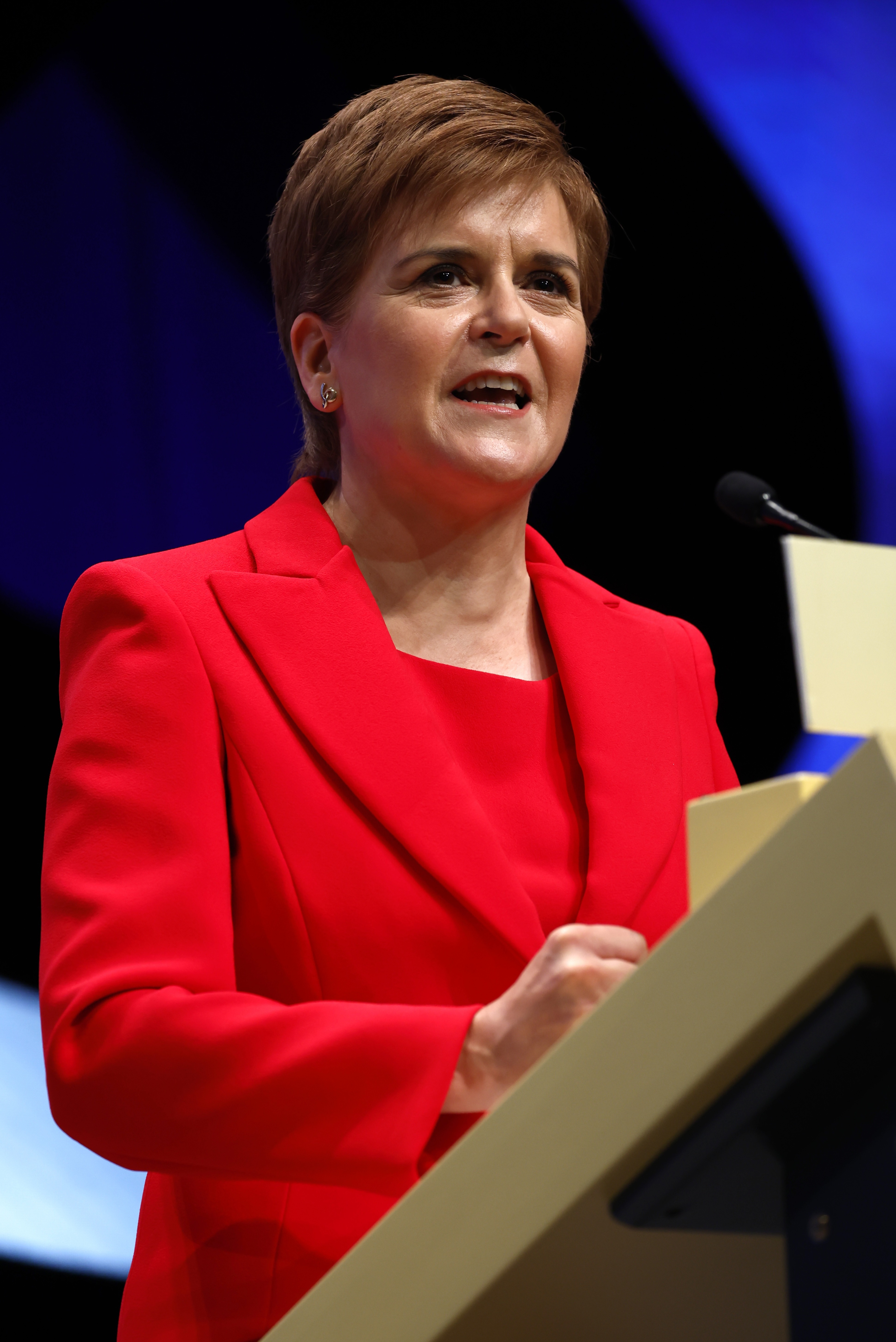 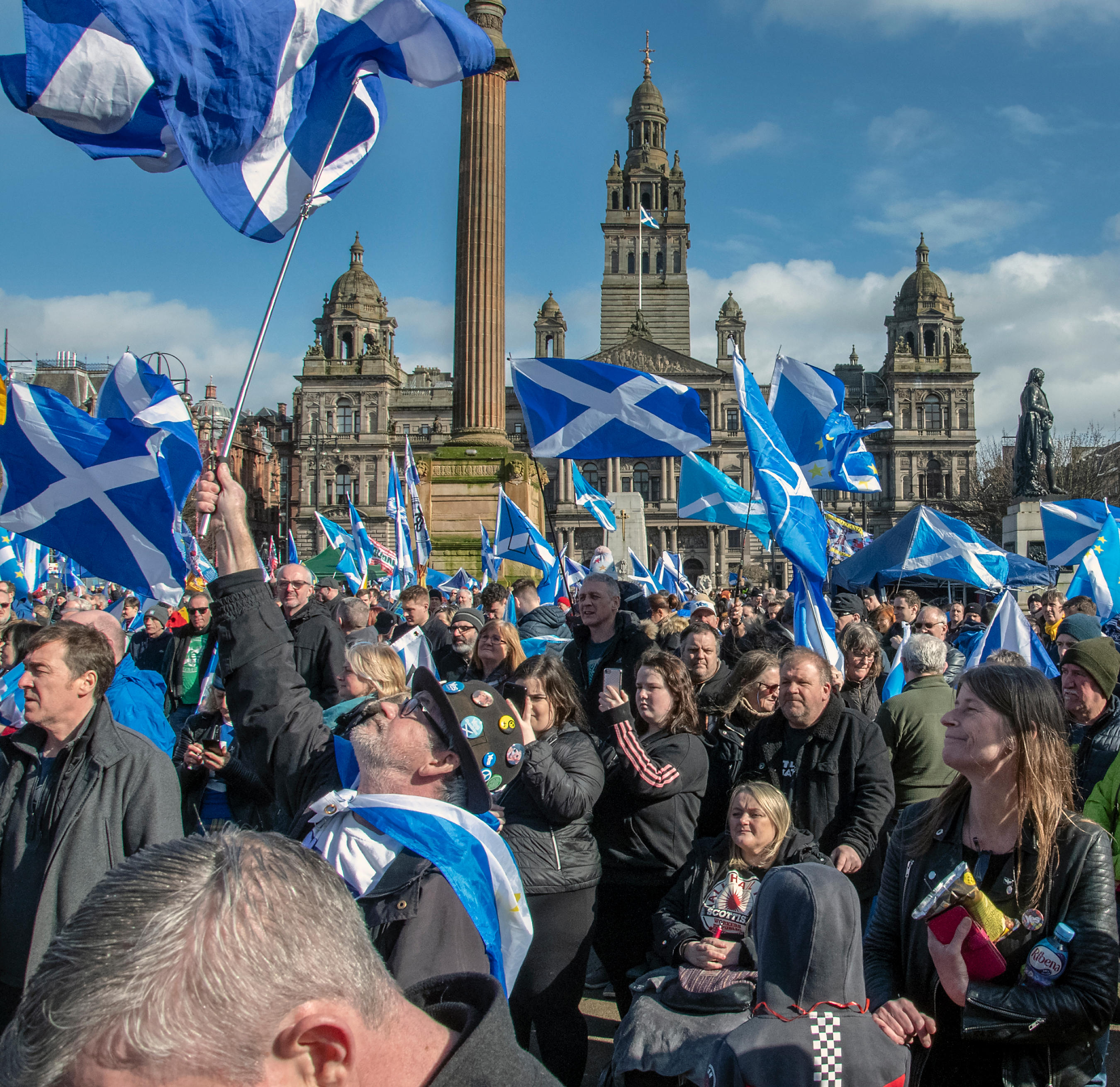 She said: "In my view, that can only be an election. The next national election scheduled for Scotland is, of course, the UK general election.

"Making that both the first and the most obvious opportunity to seek what I described as a 'de facto' referendum."

A special SNP conference will be held in the new year to determine how to take the referendum on independence forward.

"Now that the Supreme Court's ruling is known and de facto referendum is no longer hypothetical, it is necessary to agree the precise detail of the proposition we intend to put before the country," Ms Sturgeon said.

She added: "Given the magnitude of these decisions for the SNP, the process of reaching them is one the party as a whole must be fully and actively involved in.

"I can therefore confirm that I will be asking our National Executive Committee to convene a special party conference in the new year to discuss and agree the detail of a proposed 'de facto referendum'.

"In the meantime, the SNP will launch and mobilise a major campaign in defence of Scottish democracy because we should be in no doubt that, as of today, democracy is what's at stake."

Prime Minister Rishi Sunak told MPs at PMQs: "We respect the clear and definitive ruling from the Supreme Court of the United Kingdom.

"The people of Scotland want us to be working on fixing the major challenges that we collectively face, whether that's the economy, supporting the NHS or indeed supporting Ukraine.

"Now is the time for politicians to work together and that's what this Government will do."

The First Minister’s bid to legislate for IndyRef2 on October 19 next year was blocked after the Supreme Court said it would go beyond Holyrood’s powers.

The five Supreme Court judges unanimously ruled that holding a referendum was outside the competence of the Scottish Parliament.

Judges said it was clear that the Scottish Government’s proposed bill had “more than a loose or consequential” relation to reserved matters.

A summary of the judgement posted online by the Supreme Court said: "In a unanimous judgment, the Court answers the questions before it as follows.

"First, the question referred by the Advocate General is a devolution issue, which means that that the Court has jurisdiction to decide it.

"Secondly, the Court should accept the reference.

"Thirdly, the provision of the proposed Bill which makes provision for a referendum on the question, “Should Scotland be an independent country?” does relate to matters which have been reserved to the Parliament of the United Kingdom under the Scotland Act.

"In particular, it relates to the reserved matters of the Union of the Kingdoms of Scotland and England and the Parliament of the United Kingdom. Accordingly, in the absence of any modification of the definition of reserved matters (by an Order in Council or otherwise), the Scottish Parliament does not have the power to legislate for a referendum on Scottish independence."

'ONCE IN A GENERATION'

In 2014, the referendum was agreed by the UK and Scottish governments.

Nicola Sturgeon had said she planned to hold IndyRef2 on October 19, 2023.

But Downing Street has refused to back another vote, with the pro-UK side citing the SNP’s claims the poll eight years ago was “once in a generation” or “once in a lifetime”.

The so-called Edinburgh Agreement signed by Alex Salmond and Nicola Sturgeon in 2012 pledged the 2014 vote would “deliver a fair test and a decisive expression of the views of people in Scotland and a result that everyone will respect”.

But the SNP has argued that events including Brexit and their repeated election wins since means there is a “mandate” among Scots for holding IndyRef2.

Polls, however, suggest only a minority of voters want a referendum in Ms Sturgeon’s stated timescale.

The Supreme Court case hinged on the Scotland Act – the law underpinning devolution – which says Holyrood can’t pass bills that “relate to reserved matters” including “the Union of the Kingdoms of Scotland and England”.

There has been debate since devolution on whether Holyrood could hold an independence vote unilaterally – but the issue was shelved due to the Edinburgh Agreement.

The case came about after the Scottish Government’s Lord Advocate Dorothy Bain QC asked judges to rule on the matter so it’s settled, following the SNP’s lodging a Bill for an independence referendum.

Ms Bain frustrated some nationalists by saying she “does not have the necessary degree of confidence” Holyrood can hold a vote without UK Government’s agreement.

In her submissions, Ms Bain insisted a referendum was “advisory” and would only reveal the public’s view on independence – and would not legally end the Union.

But UK ministers told judges it is “plainly” the case that Ms Sturgeon can’t unilaterally hold a lawful independence referendum given the wording of the Scotland Act.

They said: “A referendum on Scottish independence plainly (at least) relates to the reserved matters of the Union of the Kingdoms of Scotland and England and of the Parliament of the United Kingdom.

"That conclusion is unaffected by whether the referendum is, in its outcome, advisory or legally binding.”

They added: “Were the outcome to favour independence, it would be used (and no doubt used by the SNP as the central plank) to seek to build momentum towards achieving that end: the termination of the Union and the secession of Scotland.”

The submission also argued that the Supreme Court could only intervene when the Bill – which has not yet been debated by MSPs – has “completed its legislative process”.

The UK Government's representative, Sir James Eadie KC, argued in court that the Bill "squarely and directly" relates to the union between Scotland and England.

He also argued the Bill was at too early a stage for the court to issue a ruling on, saying the question of the Bill's competence should not be "farmed out" to the Supreme Court.

First pics of zookeeper, 35, fighting for life after lions brutally mauled her inside their enclosure – The Sun