‘You don’t know what you’re doing!’ Furious father confronts traffic wardens who have parked on double yellow lines to dish out tickets to parents on the school run

A pair of traffic wardens sparked outrage after parking their car on double yellow lines – while fining motorists outside an Alum Rock school.

The uniformed officers dished out tickets to drivers parked outside Nansen Primary School in Birmingham on Wednesday afternoon.

But they were confronted by irate motorists who accused them of ‘double standards’. Watch the video of the angry confrontation above. 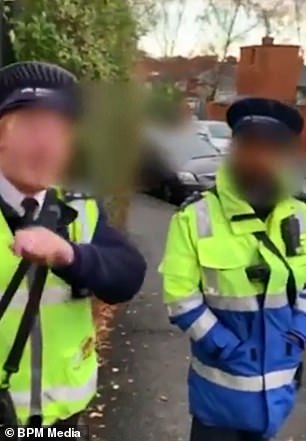 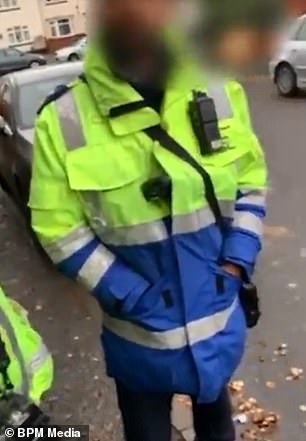 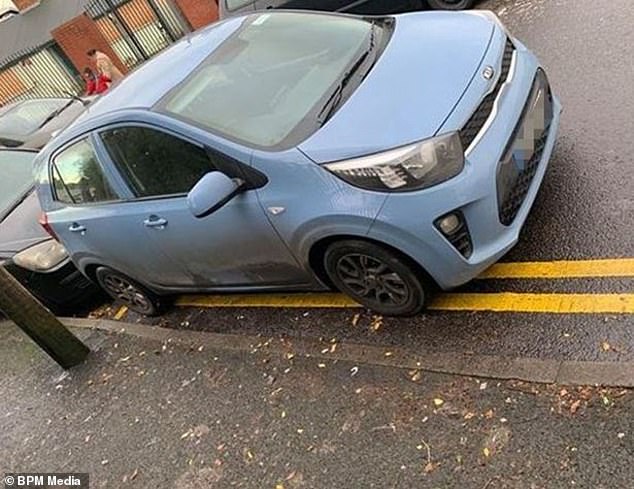 But Birmingham City Council said it was not always possible for their traffic wardens to park in places where they would not contravene restrictions – and they were perfectly within their legal rights to leave the car there.

Angry Sami, who was collecting his four children from school, can be heard confronting the pair and demanding an explanation.

‘You don’t know what you’re doing – you are ticketing other people while you are parked wrong.

‘You should be an example to other people.’

He asks the wardens to confirm the Kia belongs to them.

One of the wardens responds: ‘Yes, it’s our car – we’re making the school safe because of people like yourself. 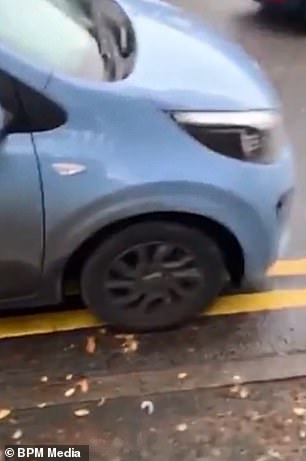 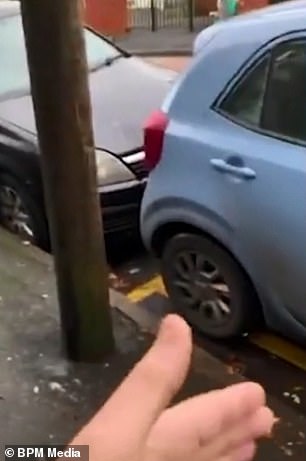 Angry Sami, who was collecting his four children from school, can be heard confronting the pair and demanding an explanation 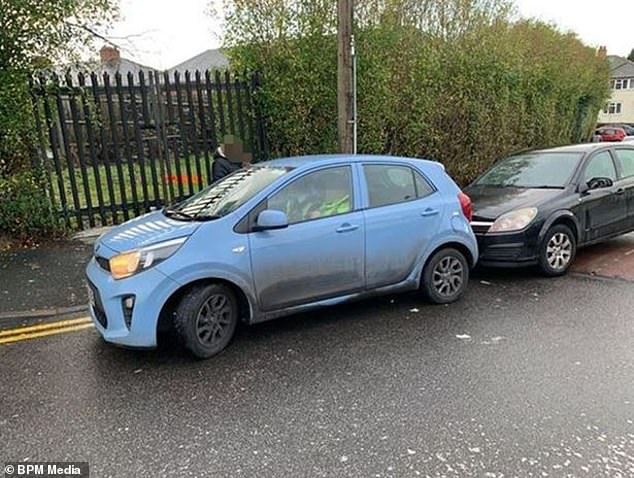 ‘We have to park for our own safety.’

Astonishingly, his colleague adds: ‘We are allowed to park here – we are doing our job.

‘We are not parked in the wrong place, we are allowed.’

Sami told BirminghamLive he had left his car ‘far away from the school in a safe place’ but was shocked when he saw the wardens pull up on the yellow lines and ‘jump out’.

Photos show the vehicle directly opposite the school, blocking a gate at the rear of a house.

Sami said: ‘I parked up to collect my kids from school at 3:20pm.

‘I parked my car further down the road in a safe place.

‘I saw the wardens pull up on the double yellow lines, jump out and start ticketing cars. 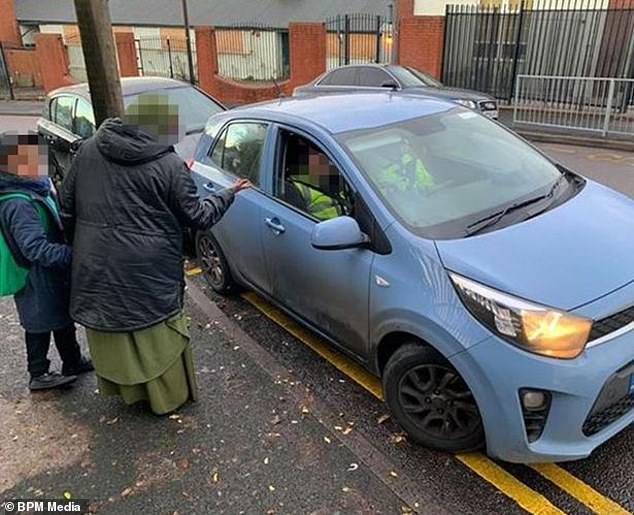 ‘There is an ongoing issue with parking near the school – it’s always busy – so I agree with the wardens coming down, but they should be setting a good example and parking properly.

‘It is hypocritical. I questioned why they had left their car on double yellow lines but they just told me they were ‘allowed’ to do it.

‘They were there for at least 30 minutes.

‘If they were the emergency services I would understand – but traffic wardens? It’s not on.’

A spokeswoman for Birmingham City Council said: ‘Civil enforcement officers are permitted to park in contravention of parking restrictions while carrying out their enforcement duties.

‘Clearly, if they are able to park where they will not be contravening restrictions then they will do so, but the nature of their work means this is not always possible.’

Timothée Chalamet, Will Ferrell and More to Present at 2020 Oscars