‘Shame on you!’: Fury in court as Air France and Airbus deny manslaughter charges over 2009 Atlantic plane crash that killed 228 people including five Brits

Families and friends of those who died in France’s worst ever air disaster vented their fury in court today after Air France and Airbus denied manslaughter charges over the 2009 Atlantic plane crash which killed 228 people including five Brits.

‘Shame on you!’ and ‘Too little, too late!’ were yelled from those who have pursued a 13-year fight for justice after Air France director general Anne Rigail, 53, and Guillaume Faury, 54-year-old Chief Executive Officer of Airbus expressed their condolences.

The drama unfolded today at the Paris Criminal Court, where both companies face fines over the horror accident.

One man was also pictured holding a placard in French that translated as ‘French justice, 13 years too late’.

Flight AF447 plunged into the Atlantic on June 1, 2009, on a flight from Rio to Paris after three Air France pilots panicked and failed to deal with malfunctioning equipment on an Airbus 330 during a storm.

Families and friends of those who died were disgusted by the ‘not guilty’ pleas from the two companies at the start of the trial. 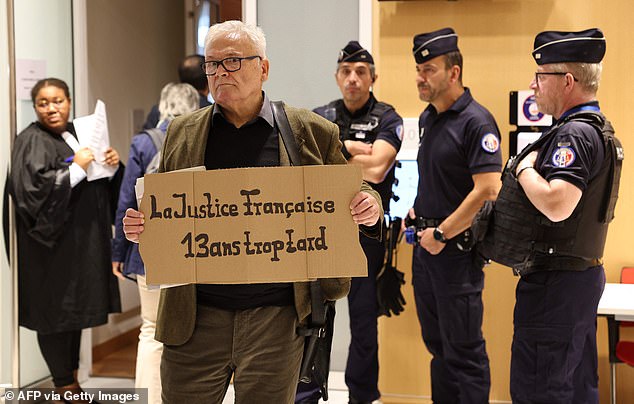 A man at the Paris Criminal Court was pictured holding a placard in French which translated as ‘French justice, 13 years too late’ 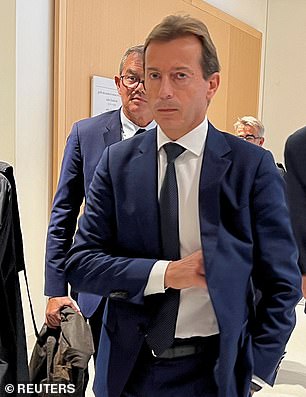 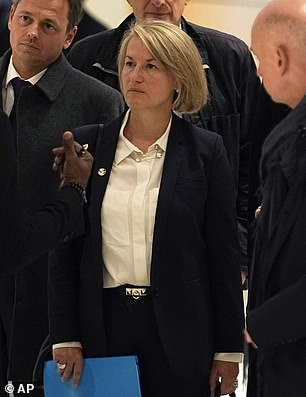 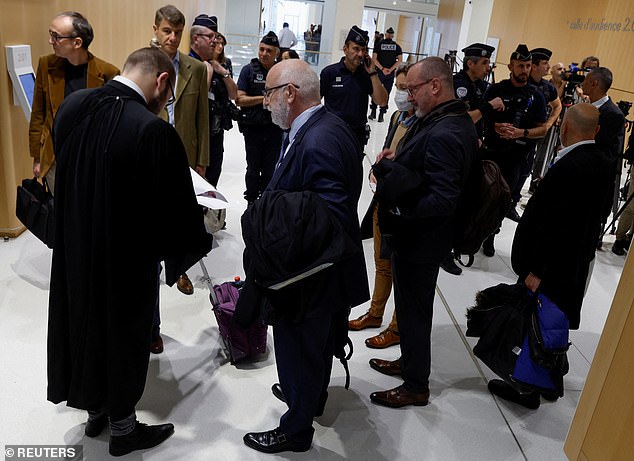 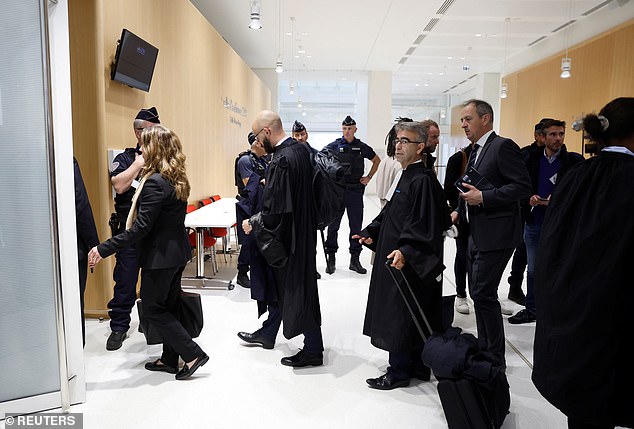 ‘Shame on you!’ and ‘Too little, too late!’ were yelled from those who have pursued a 13-year fight for justice 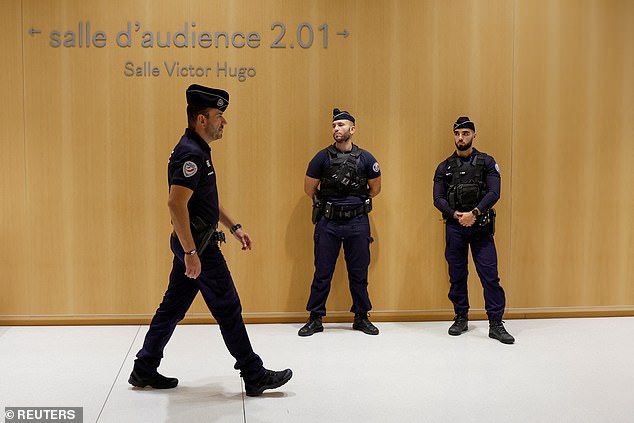 Drama unfolded today at the Paris Criminal Court (pictured), where both Air France and Airbus face fines over the horror accident 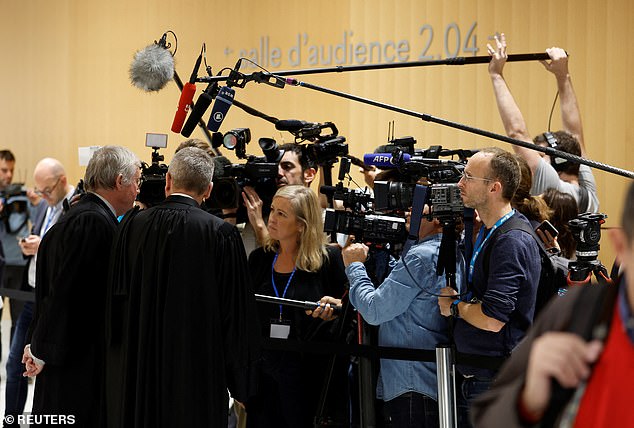 Pictured: Lawyers were seen speaking to the media as the court case got underway today

People could be heard shouting from the public gallery after the names of all 228 people who died on board appeared on a screen as they were read out one by one.

Among those who died was Alexander Bjoroy, an 11-year-old boarder at Clifton College in Bristol, and PR executive Neil Warrior, 48.

There were also three young Irish doctors on board who were returning from a two-week holiday in Brazil. 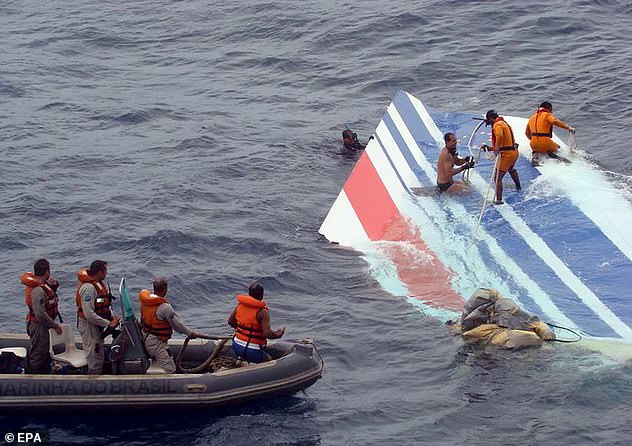 Air France and Airbus are on trial for manslaughter for the 2009 Rio to Paris crash in which 228 people including five British passengers died. Pictured: Rescuers retrieve debris from the jet in the Atlantic Ocean 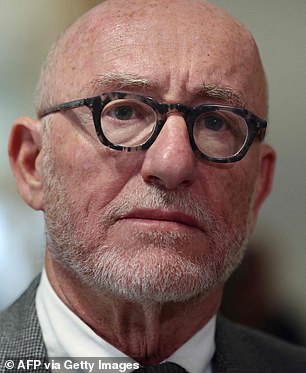 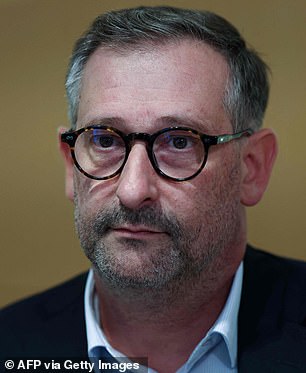 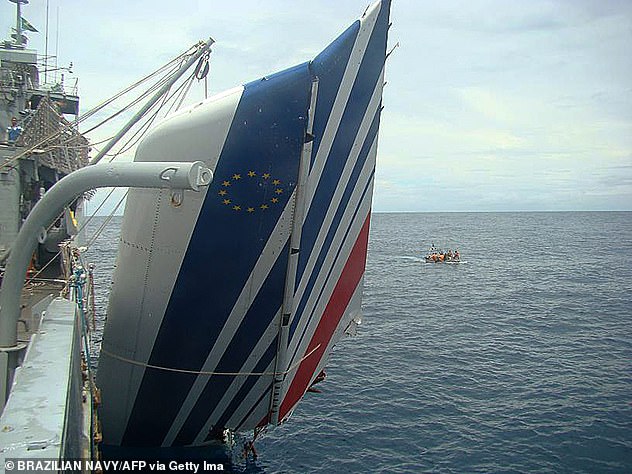 Flight AF447 plunged into the Atlantic on June 1, 2009, after pilots panicked and failed to deal with malfunctioning equipment during a storm

Eithne Walls, 29, had been working at the Eye and Ear hospital in Dublin and was on a trip with Aisling Butler, 26, and Jane Deasy, 27. The three had been friends since they met at Trinity College in Dublin.

Families who were representing all 33 nationalities onboard crowded into the Paris court room.

Sebastien Busy, a barrister representing victims’ families, said: ‘It’s a trial where the victims must remain at the centre of debate. We don’t want Airbus or Air France to turn this trial into a conference of engineers.’

Both companies face trial for ‘involuntary manslaughter’, but there are no actual people in the dock – only the companies. 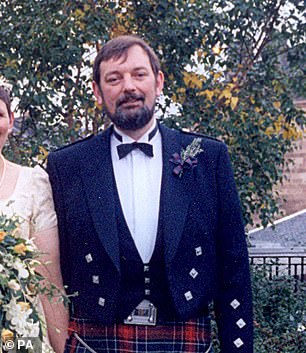 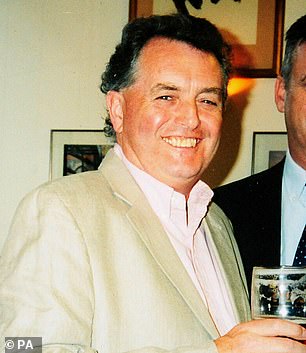 Among those who died on the Airbus was Graham Gardner, an oil worker from Gourock, in Renfrewshire (left), and Arthur Coakley, an engineer from Whitby in North Yorkshire (right)

Alain Jakubowicz, another lawyer for victims’ families, said: ‘It’s not the €225,000 that will worry them. It’s their reputations – that’s what’s at stake.

‘For us it is about something else – the truth, and ensuring lessons are learned from all these great catastrophes. This trial is about restoring a human dimension.’

Prosecutors accuse Air France of failing to provide sufficient training in how pilots should react in case of malfunction of the Pitot tubes, which monitor speed.

The pilots provably reacted incorrectly when the plane stalled after the speed sensors froze over.

France’s BEA crash investigation agency said in a detailed chronology of the crash that commands from the controls of the 32-year-old junior pilot on board had pulled the nose up as the aircraft became unstable and generated an audible stall warning.

This action went against the normal procedures which call for the nose to be lowered in response to an alert that the plane was about to lose lift or, in technical parlance, ‘stall’.

The trial continues, and is due to conclude on December 8.

How to say Happy New Year in Chinese