Brazilian gamer, 18, says he murdered female rival, 19, during a game of Call of Duty and posted the video of the killing online because ‘I wanted to’

An 18-year-old video gamer was arrested in Brazil after he turned himself in at a police precinct and acknowledged he murdered a 19-year-old female rival while they played Call of Duty at his home.

Brazilian news outlet R7 reported that Guilherme Alves made the shocking admission about a half-hour after he assassinated Ingrid Oliveira at his home and uploaded a video of the gruesome act on social media on Monday.

Alves can be seen smiling in a video after he was handcuffed by cops outside the station house in the northern São Paulo city of Pirituba.

When asked by a law enforcement agent why he killed Oliveira, Alves said ‘because I wanted to.’

Another person in the background then shamed Alves by telling him, ‘you are laughing at a situation, you killed a young girl, Guilherme.’

Alves then replied, ‘my sanity is completely apt. I wanted to do that.’ 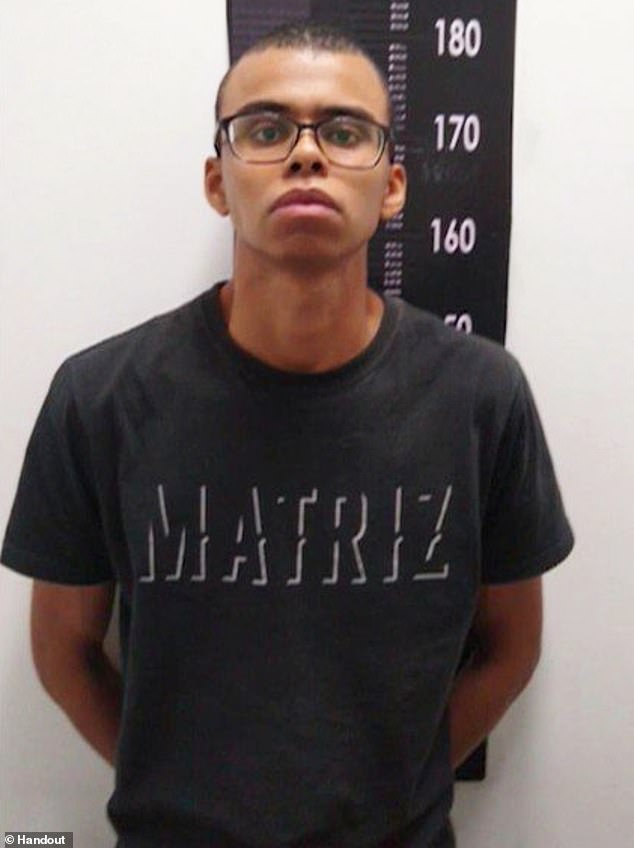 Guilherme Alves turned himself in to the police in São Paulo, Brazil, on Monday moments after he uploaded to social media a video in which he shows the dead body of fellow gamer Ingrid Oliveira after he had invited her over to his home to play Call of Duty 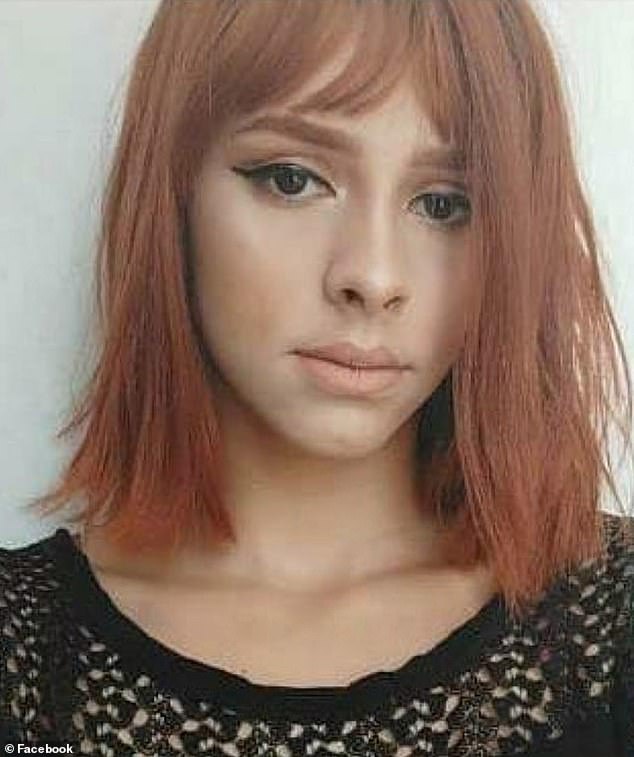 Ingrid Oliveira reportedly met Guilherme Alves while playing Call of Duty: Mobile last month and kept her interaction with him over the phone and in online video game chats. On Monday, she agreed to visit Alves’ home where he stabbed her multiple times before confessing to the police

The teen murder suspect met his victim online playing Call of Duty: Mobile last month and reportedly had planned her killing for at least two weeks, according to G1.

The suspect, who doesn’t have a criminal background, also wanted to make sure that people watching the video knew the blood was really Oliveira’s.

‘You guys think it is ink editing, but it’s not. I really killed it. I have a book, too. I asked people to disclose it,’ he said. 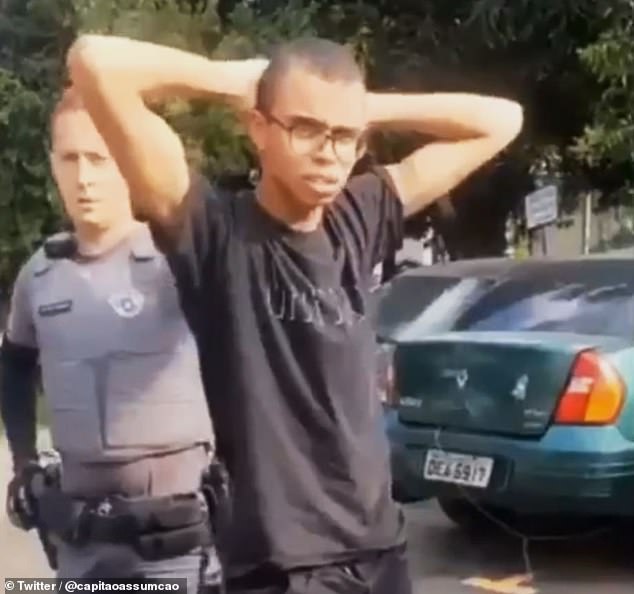 Guilherme Alves smiled in a video after he was handcuffed by cops outside the station house in the northern São Paulo city of Pirituba. When asked by a law enforcement agent why he killed Ingrid Oliveira, Alves said ‘because I wanted to’ 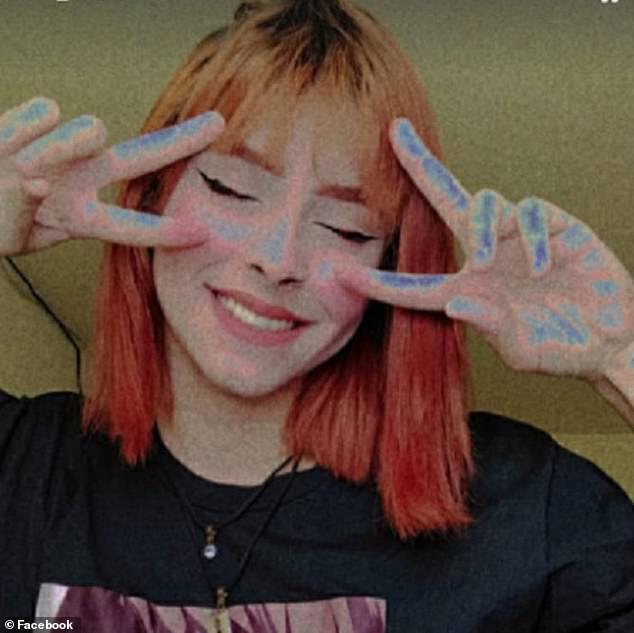 In the video, Alves spoke about a 52-page book he had penned in which he revealed that he never met his biological father. He also commented about a ‘mission’ he had carved out to kill an unknown amount of people.

‘If you chose to be a person without feeling of others, just kill several people and prevent remorse from reaching you,’ he wrote.

He also wrote about his desire to set people on fire without naming anybody in particular.

‘I’m sad to hear that I don’t have the capacity to burn more than 5 billion idiots on this planet.’ 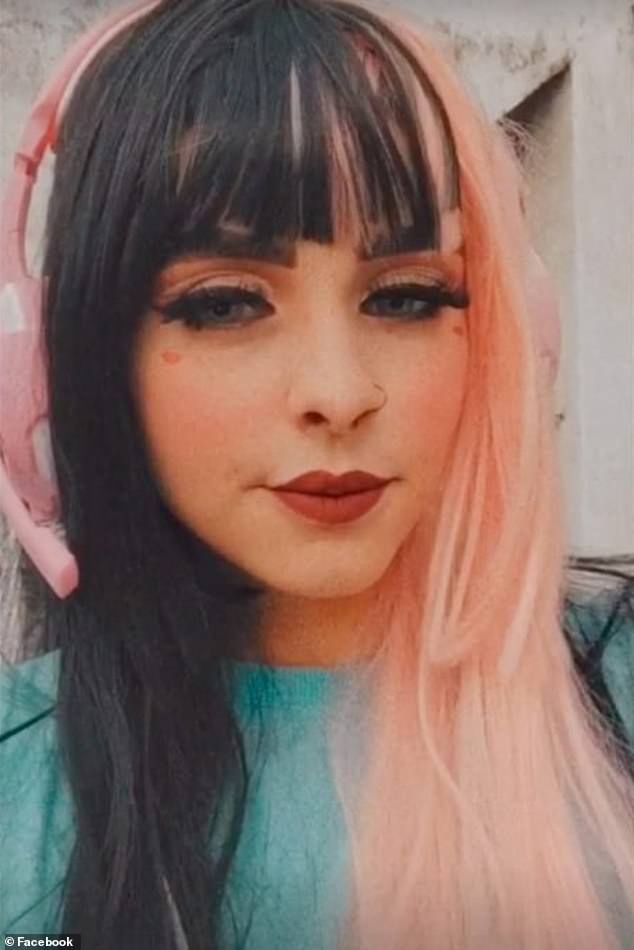 The unemployed Alves had not met Oliveira in person before he welcomed her over to play video games. Their interactions were kept via cellphone and online game chatter.

Oliveira played under the online username ‘Sol’ and was part of an E-Sports team called FBI E-Sports. Alves also belonged to an online gaming team known as Gamers Elite and played under the nickname, ‘Flashlight.’

‘She joined our girls squad and made a lot of friends with the boys from the Black Stars line, where she stayed until the end. She was an excellent player, she had a space in our hearts,’ FBI E-Sports said in a statement.

‘She was an extraordinary person, always motivating and Her connection with all the members was super good, super respectful, friendly and very polite. We dedicate her our utmost respect, and her family, our feelings and our condolences.’

Baby monitor catches little boy having a chat with Alexa