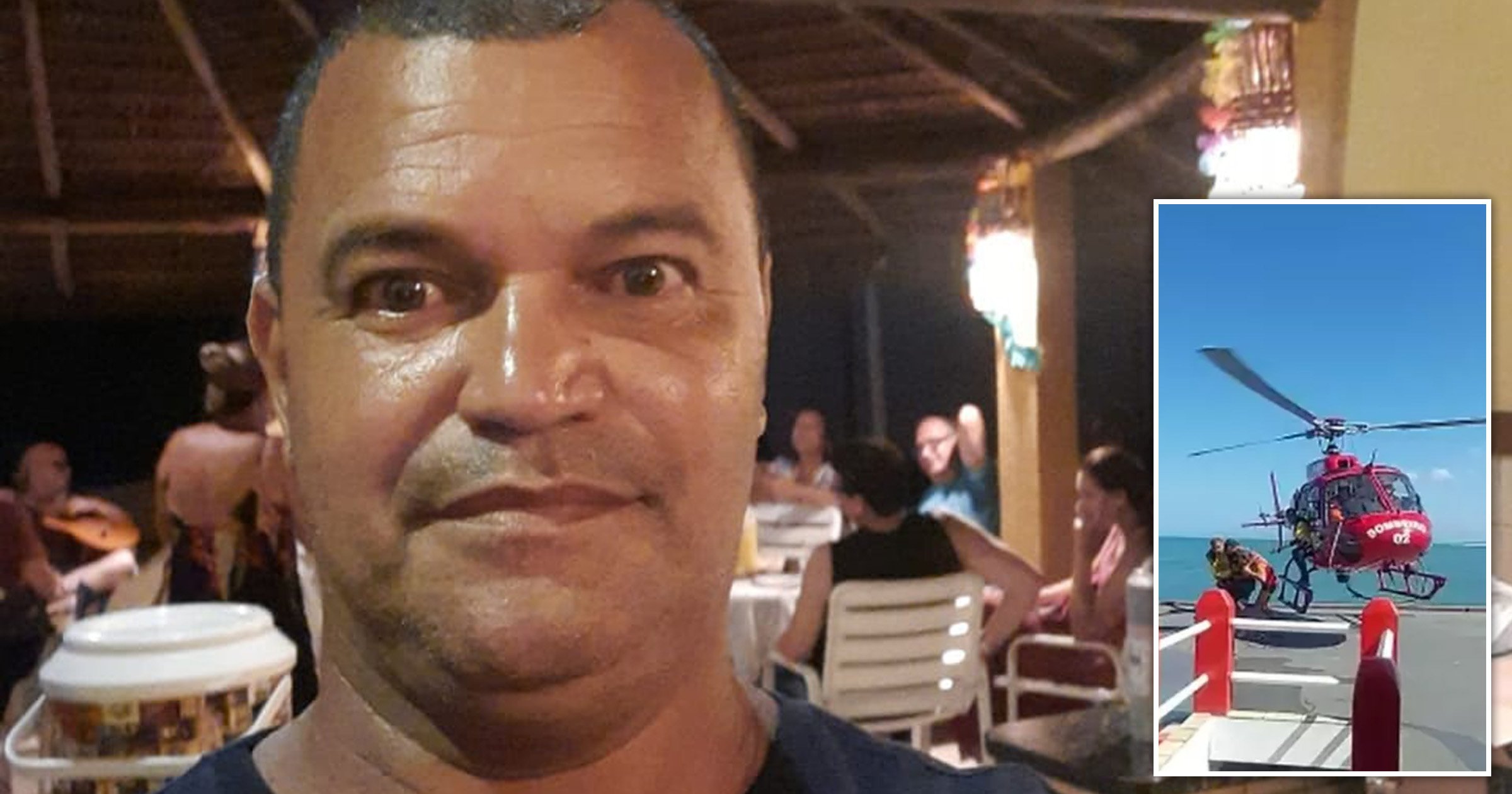 A castaway gardener says he survived on a deserted island for five days by eating two lemons, charcoal and drinking sea water.

Brazilian Nelson Nedy was rescued by authorities on Saturday after a jet skier spotted him frantically waving his T-shirt, gripped by fear he was going to starve to death.

The 51-year-old suffered minor injuries from his ordeal and was taken to a local hospital before being discharged the same day.

Nelson was marooned last Monday when he visited an observation point in Grumari beach called Mirador do Roncador, near Rio de Janeiro.

He was standing on top of a rock looking at waves when one knocked him into the water and he was washed two miles out to sea.

Nelson said: ‘I just hit my butt on the rock. I don’t know if I bounced, if I hit the water, if I sank.

‘I tried to get away from the rock and swam further in.’

He washed up on the shore of the uninhabited Palmas Island.

‘There was nothing there,’ he added. ‘Nothing to hide in, nothing to take shelter in. I had to make a decision to jump in and hunt for another spot.’

After he found a cave to sleep in, he got up and searched for food.

That’s when he discovered a makeshift tent left by fisherman, two lemons and a couple of bottles of water.

Nelson said: ‘I ate them with the skin and everything so I wouldn’t miss anything.’

Waving a blanket he found in the tent to try and attract attention did no good and he abandoned an attempt to swim back to Grumari beach.

The gardener added: ‘I reached halfway but the tide was pulling me into the sea. There was a time when I dropped the body and kept saying, whatever God wants now, he can take me.’

Nelson also tried using a piece of styrofoam and plywood door he found as a raft, but it was battered back against rocks and wouldn’t hold his weight.

By Saturday, he had ran out of water and was getting desperate, when he spotted two jet skiers.

Tearing off his T-shirt, he started waving it at the pair, who alerted the authorities.

He was airlifted by a helicopter to a base in Guaratiba before being transferred by ambulance and rushed to Lourenço Jorge Hospital in Barra da Tijuca.

The gardener said he resorted to eating charcoal he found near his tent before his life was saved.

He remembered watching monkeys stealing coal for food, making him think he would be able to eat charcoal – but it dried out his parched mouth even more and got stuck in his teeth.

Nelson said he was also reduced to drinking ‘pure salt water’ as he grew even more desperate, adding: ‘There were times when I saved up, I drank a little of the sweet to hide the salt in the water just to wet my mouth.’