EDUCATION Secretary Gavin Williamson said today he'd be happy to carry a vaccine passport to get into a restaurant or theatre.

It came after the PM ordered a review into whether vaccine certificates can be used to help unlock the economy. 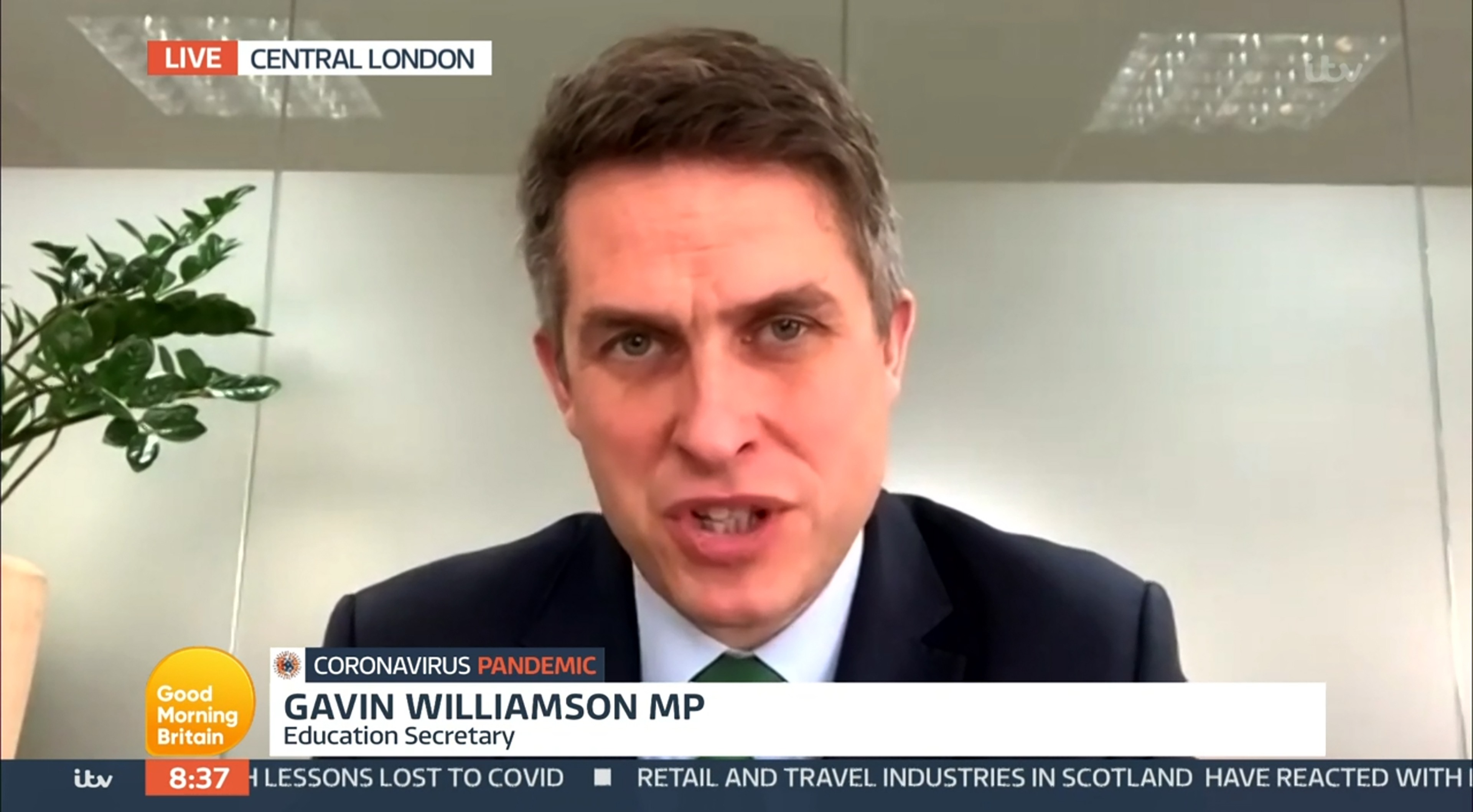 But it's not going to report back until after pubs and restaurants will already be open, so will be unlikely to be used there, at least to start off.

Boris has previously said he wants to see testing being used as part of plans to bring back nightclubs or theatres.

It would likely form part of a vaccine or testing certification scheme which would allow people to show they have either had a negative Covid test or already had the jab and were less at risk.

Yesterday it was revealed the NHS app could play a key role in the plans.

Mr Williamson told LBC today he was willing to carry such a certificate to get back to normal life, saying: "I think I would probably do pretty much sort of anything to be able to enjoy all those lovely things.

"I think the idea of going to a restaurant with your family or going to the theatre is something we all really want to see."

Asked if the passports will become a reality, he said: "Michael Gove is being charged with actually looking at this. There are many challenges with this and it's really important to look right across the spectrum, at both the benefits it would bring but also some of the challenges it could bring."

Yesterday the PM said the UK had "never thought in terms of having something that you have to show to go to a pub or a theatre", and his review would examine the ethical issues involved.

The PM talked down the prospect, and warned it would be a tricky issue to ban people from doing certain things, adding: "So there are deep and complex issues that we need to explore, ethical issues about what the role is for government in mandating people to have such a thing or, indeed, banning people from doing such a thing."

Ministers are worried about the impacts of people being effectively banned from going back to normal.

There are some people who might not have been offered the jab, or some who can't take it due to medical reasons.

Others may simply refuse to have it altogether.

More than 17.9million people have had their vaccines across the UK so far.

The deputy chief medical officer told ITV's Good Morning Britain it is not appropriate for him to give his personal views, but the Government has to balance really difficult decisions, adding that we have "never lived in a society here, where we force medical treatments upon people".

But already companies are drawing up policies to force employees to take it.

Last week the vaccines minister admitted it would be up to individual businesses whether to bar people who have not had vaccines from their premises, as it was their right to do so.

The upcoming review may choose to make this practise illegal so as not to encourage firms to discriminate against people who haven't had the jab.

Ferries are blocked by protesting fishing boats in Whitehall wargame

Madeleine McCann was killed in Portugal and NOT moved to Germany by suspect, police believe