Google will not be required to apply the ‘right to be forgotten’ law to searches from outside Europe, the EU’s top court ruled today in a landmark victory for the tech firm.

Within the EU, Google is bound by a law which allows the subjects of damaging or embarrassing information to demand websites be removed from search results.

That rule is only to apply within the EU and will not apply to its google.com or other global domains, following Tuesday’s judgment by the European Court of Justice. 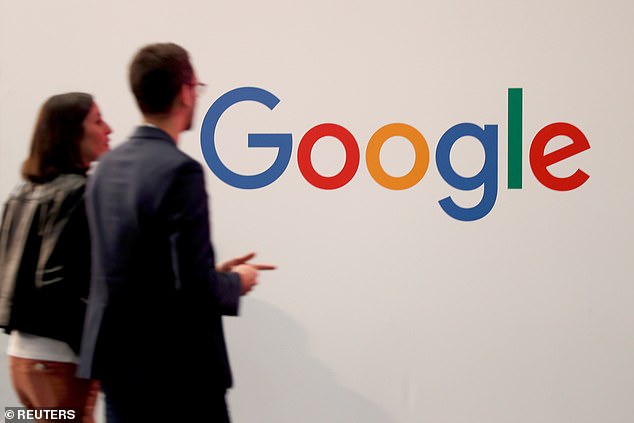 Within the EU, Google is bound by a law which allows the subjects of damaging or embarrassing information to demand websites be removed from search results (pictured: visitors pass by the logo of Google at the high profile startups and high tech leaders gathering in Paris)

The ‘right to be forgotten’ rule allows people to demand Google remove search results that mention outdated or embarrassing information.

This includes links to websites mentioning damaging incidents – such as bankruptcy or criminal convictions – that may cause that person to be stigmatised.

One successful appeal in April saw a British businessman win legal action to force removal of search results about a conviction brought against him in the late 1990s.

Four years ago, a Spanish national had Google remove two newspaper pages published in 1998 that could still be found through the search engine.

They announced the forced sale of a property he owned, which was being repossessed to pay off his social security debts.

In 2014 the European Court of Justice granted the right for individuals, under certain conditions, to have references to them removed from search engine results.

The US tech behemoth firmly opposed the decision, but complied with the ruling by delisting search references once requested across its European domains.

France’s data regulator, the Commission Nationale de l’Informatique et des Libertes (CNIL), opposed the distinction and said the firm should apply the delisting to all extensions, regardless of the national domain.

Google had argued that its application of the right to be forgotten is already effective in France for well over 99 percent of searches.

It also adds that the company has implemented geo-blocking technology for EU searches that attempt to use non-EU domains to access de-listed information.

In September 2018, EU court judges heard a long list of stakeholders, including human rights groups that fear abuses of the EU’s ‘right to be forgotten’ rule by authoritarian states outside the bloc.