A GRIEVING mum says "police should pay" after an ex-cop's rapist son was let free just hours before he murdered her teen daughter.

Joseph Trevor, 19, knifed 18-year-old Megan Newton nine times in the back and brutally raped her after she kindly offered him a place to stay for the night. 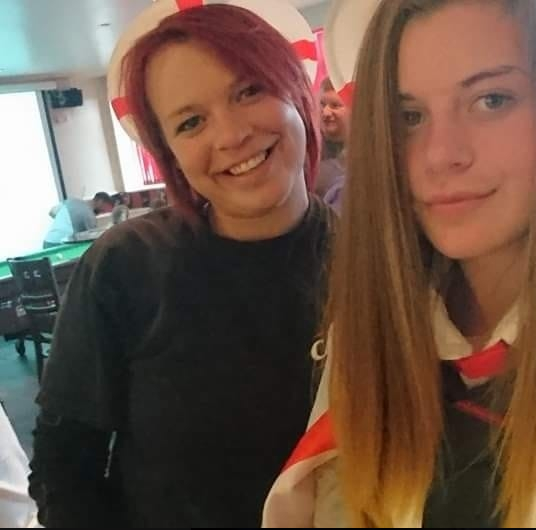 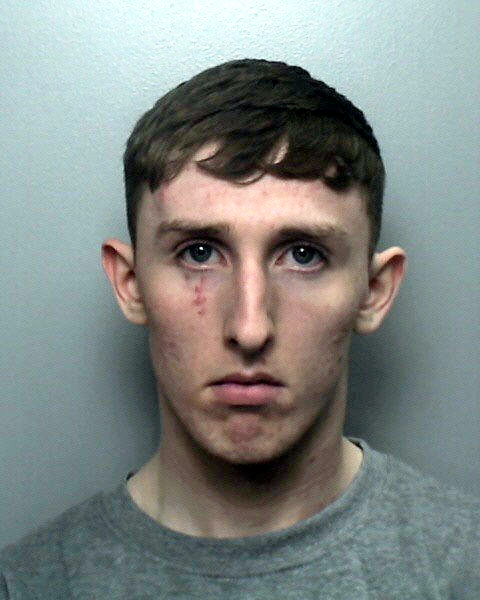 He was then caught on CCTV fleeing her flat in Newcastle-under-Lyme while looking at his bloodied hands.

But just hours before the gruesome killing, Trevor, who knew Megan from school, had been allowed to walk free from custody after he was detained for possession of drugs.

Megan's devastated mum Sarah has now lashed out at cops for releasing Trevor after he was yesterday caged for life for murder.

Speaking from her home in Stoke-on-Trent today, she told The Sun Online: "We only wish Joseph Trevor had the care and support to know the consequences of actions.

"Questions need to be asked as to how Joseph came to be release before he killed and raped Megan, and the police should be held accountable.
"If the police had done their jobs and not protected him through his parents, she would be here today."

Sarah also lashed out at police online, blasting: "Staffordshire police should pay, he should have never been allowed out, drugs and drunk.”

It has now emerged the fiend is the son of a former Staffordshire Police officer, who The Sun Online have chosen not to name. 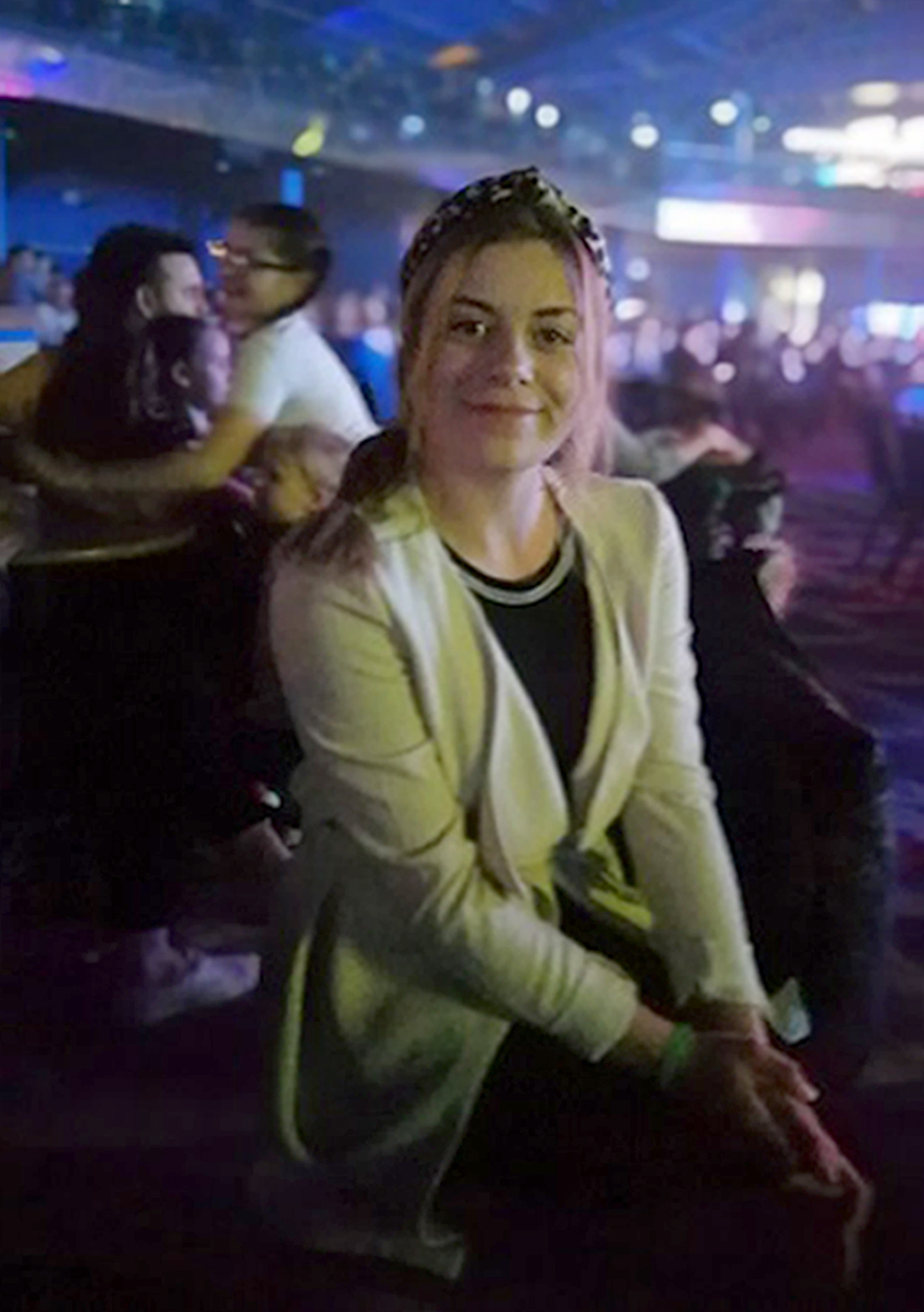 The ex-cop was not a member of the force at the time of Megan's death, was working as head of custody until he retired "a couple of years ago", Staffs Police confirmed.

He refused to comment when approached following the case yesterday at the home he shares with Trevor's police officer mum.

Police watchdog the Independent Office for Police Conduct has confirmed it will not be launching a full investigation.

If he’d been locked up for the night, Megan would still be alive today.

But Megan's family are said to be "furious" and are demanding to know whether the killer was handed preferential treatment.

A family friend blasted: “Everyone thinks the police looked after one of their own.

“If someone is arrested and they’re drunk, then they are usually kept in for eight hours to sober up.

“The family are furious that there is going to be no investigation. There are clearly questions that need answering.

“If he’d been locked up for the night, Megan would still be alive today.” 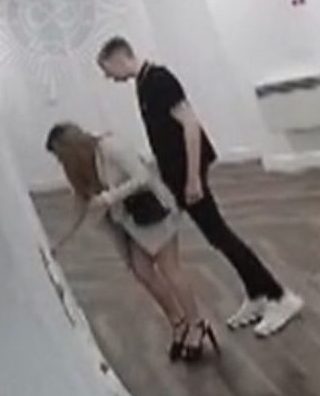 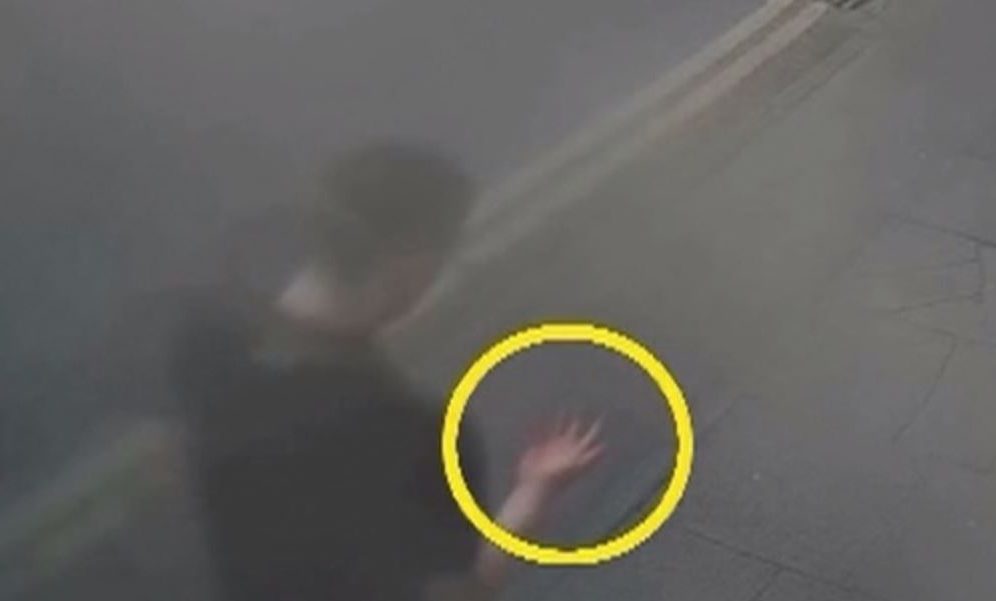 On the night Megan was killed, drug-addled Trevor, who had taken ketamine and possibly cocaine, had been spotted hiding a bag of white powder down his trousers and the police were called.

The semi-pro footballer was then taken to the station where he was searched before being allowed back out on the streets to continue his night out with pals.

It was then unwitting Megan invited Trevor back to her flat as an "act of kindness" because he was too scared to face his cop parents.

Chilling CCTV showed the pair smiling as they arrived at Megan's flat before Trevor unleashed into his gruesome attack. 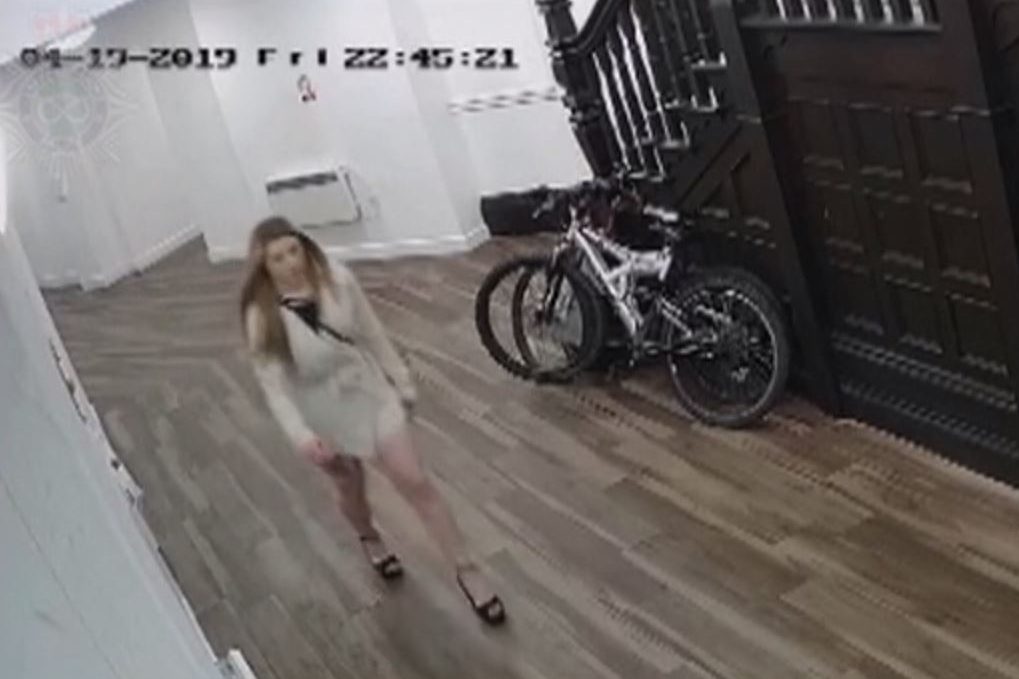 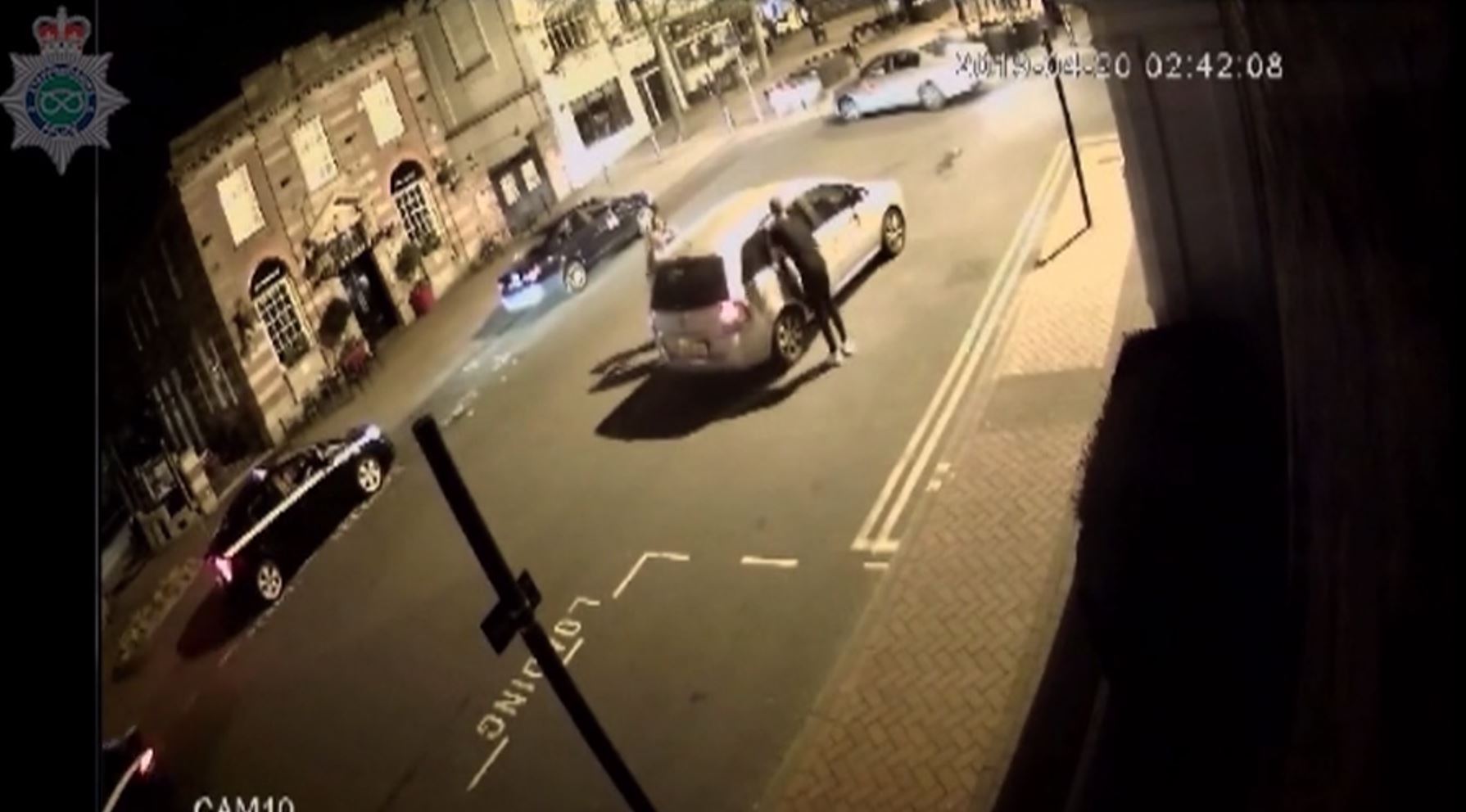 The monster raped terrified Megan before stabbing her nine times in the back. He then left her to die on her bloodied bed as he fled the home and chucked her keys in an attempt to cover his tracks.

He was later found by police sitting on a bridge – sparking concerns for his welfare – but he was arrested after Megan's mutilated body was discovered by a neighbour.

It later emerged Trevor had been accused of sexually assaulting a 14-year-old girl – leading to school pals giving him the grim nickname "Rolf Harris" – but the case was never prosecuted.

"Now the court case is over and the details of Megan's murder and rape are in the public domain, it's time to tell the story of Meg. Not how she lost her life, as this young girl was full of kindness and love who was a role model to many at such a young age.

"The journey for family and friends has been like walking through hell to come to terms with the loss of Meg. So who was Meg and what is her lasting legacy?

"Meg was born when her mother was only young herself. Sarah was supported by her mother and stepfather in helping to raise Meg throughout her life, with stepdad Lyndon later joining the family.

"Meg found father figures in her step-granddad and later step-father too.

"Life was never easy but she shone at sports and loved to help others and her local community.

"Sarah and Lyndon's love for Meg were always evident through her life and ever after their break-up Lyndon remained a central figure in Meg's life and a friend to Sarah, with the support of the family.

"Meg began to follow her dreams and worked hard to make a difference in the world.

"Meg's legacy is much more than that she lives in the hearts and minds of so many whom she loved, supported or whom she showed kindness too. Her smile always lit up any room.

"Meg's true legacy is the kindness and compassion she showed so many. It wasn't always easy and relationships could be frayed at times, but the four of them raised a beautiful kind young lady who put others first and did all she could to help others. She was an independent spirit with a love of adventure.

"We only wish Joseph Trevor had the care and support to know the consequences of actions.

"Questions need to be asked as to how Joseph came to be release before he killed and raped Megan, and the police should be held accountable.

"If the police had done their jobs and not protected him through his parents, she would be here today."

He was yesterday sentenced to 21 years and 65 days after admitting murder and two counts of rape.

In a statement, Megan's family said their loss was "unbearable".

They added: "We’re heartbroken and will always remain so. That will never leave us. Meg’s life enriched the lives of so many and because of that, she’ll never be forgotten and she’ll be loved forever.

"Our beautiful Megan didn’t deserve any of this. But she does deserve to now rest in peace."

An IOPC spokesman said: "We received a referral from Staffordshire Police in April 2019 concerning the murder of Miss Newton.

"After careful assessment we decided no investigation by the IOPC was required, and returned the referral to the police force."

Staffordshire Commissioner Matthew Ellis said: "This was a tragic incident, and my sympathies are with Megan’s family.

"The IOPC has assessed this case and dealt with it accordingly." 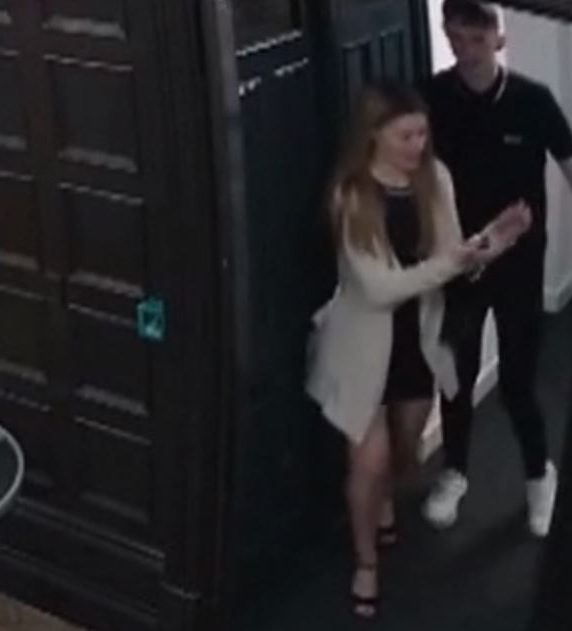 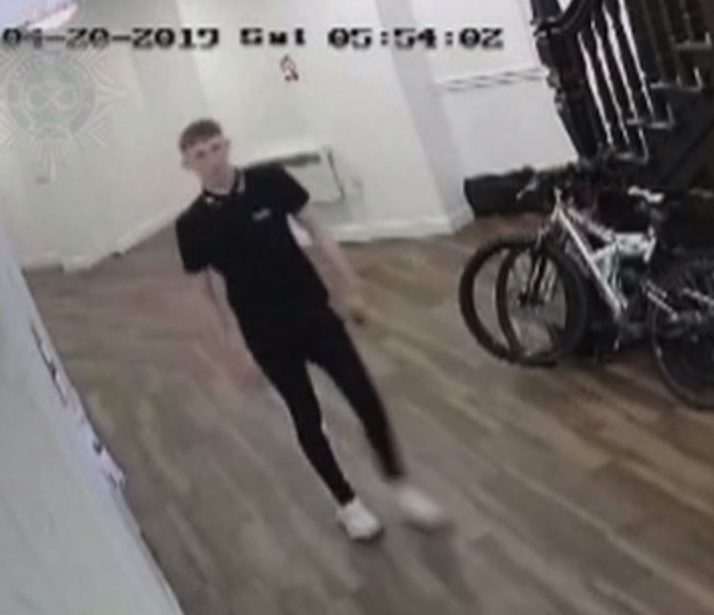 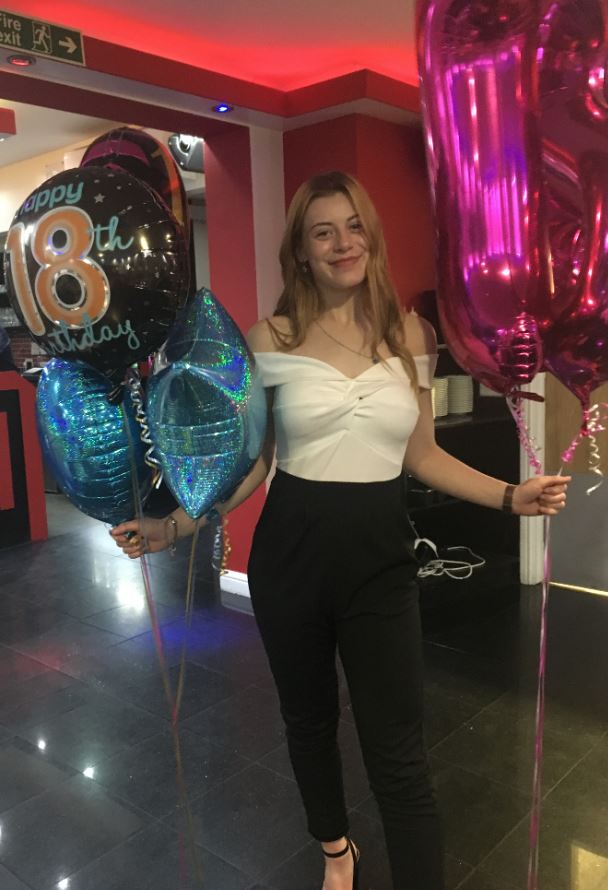 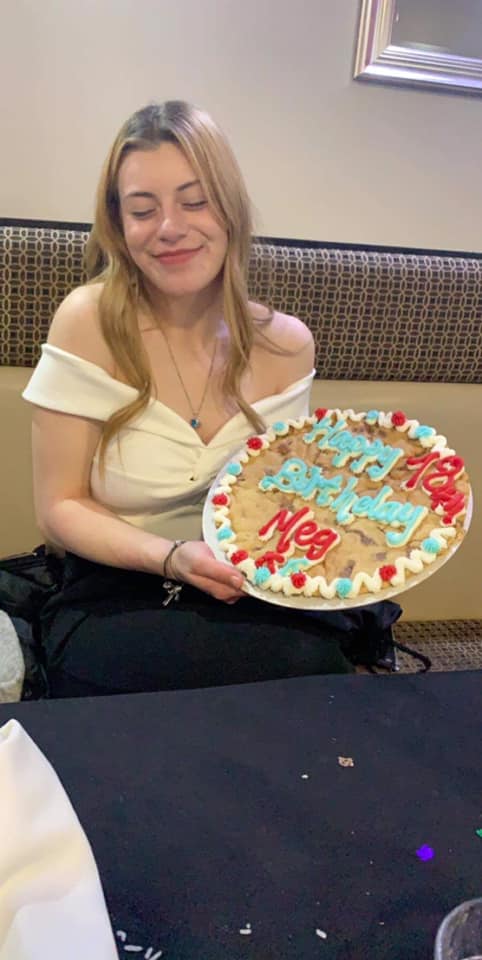 New normal for gyms? People work out behind screens in Hong Kong