Gwyneth Paltrow has claimed she can’t get an email response from Amazon boss Jeff Bezos.

The actress-turned businesswoman told the Wall Street Journal that although she has access to the likes of lifestyle mogul Oprah Winfrey and Disney Chairman Bob Iger, when she has reached out to Bezos he hasn’t written back.

‘I’ve emailed him,’ the Goop lifestyle website founder told the publication about the e-commerce giant. ‘He won’t email back.’ 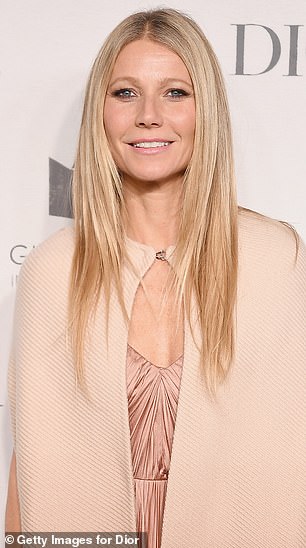 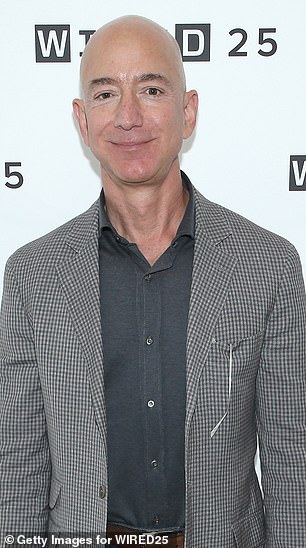 Gwyneth Paltrow admits Jeff Bezos will not accept her attempts to connect. The actress-and-business woman revealed she has tried to contact the Amazon founder

It’s not clear what Paltrow was proposing but the WSJ said the Amazon founder’s publicist declined to comment on the matter.

In the new interview, the Goop editor-in-chief speaks about how as well as being a well-known name, her transition from acting to selling products online has been helped by having business coaches on her side.

Design partner at venture capital company New Enterprise Associates, Albert Lee, gives her regular tips such as advising her to turn her phone off during meetings, and she refers to Iger as her ‘Break-glass-in-case-of-emergency’ mentor.

However it doesn’t seem Bezos has been keen to collaborate with Paltrow whose Goop valuation reached $250million this year, according to WSJ.

While the company doesn’t reveal exact amounts, Goop said tripled revenues in the past two years and is on the way to doubling them for 2018.

Now Goop has become so influential it has its own line of products and a physical presence of pop-up stores around the world. Direct sales of own-brand products are up 80 percent year-over-year. 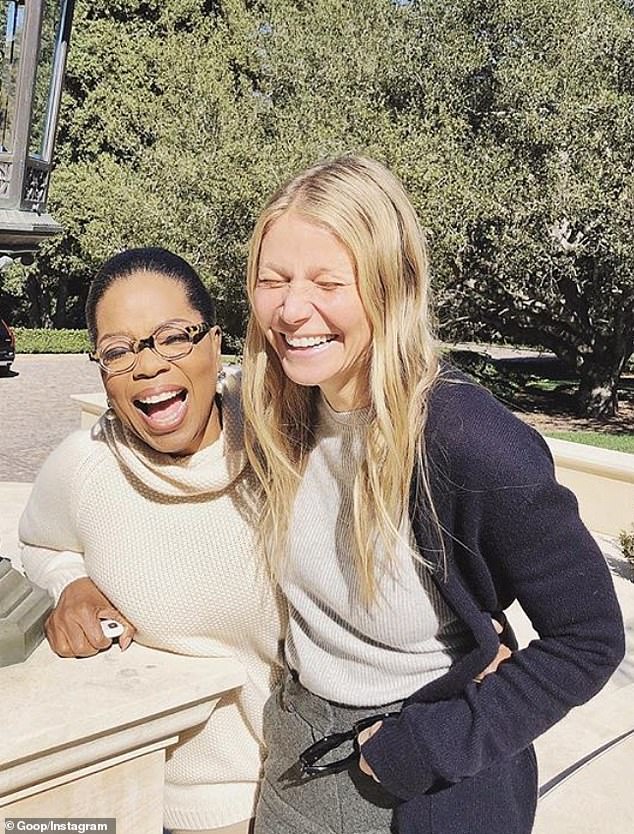 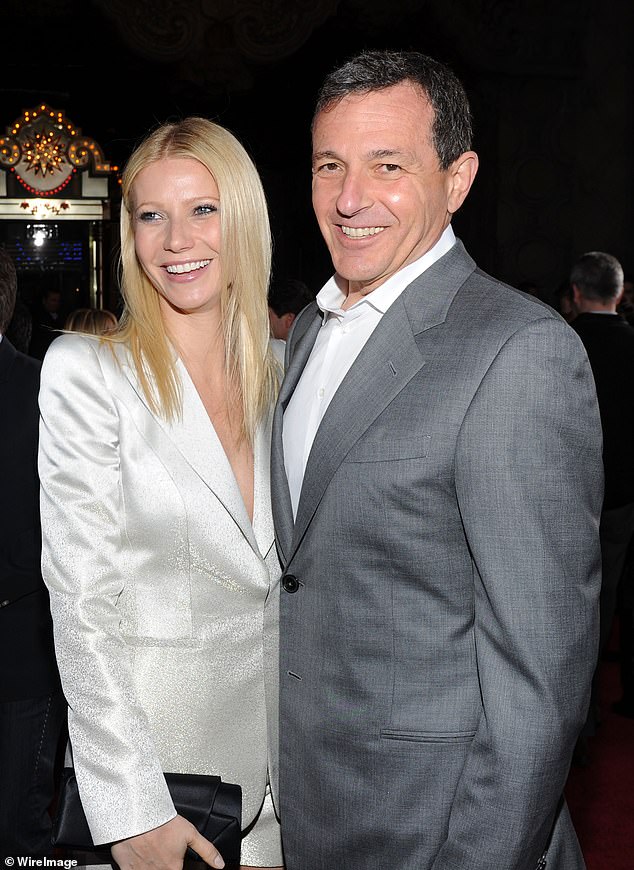 Using ‘contextual commerce’ the brand has sold anything from expensive beauty products to even sex toys since starting as a simple newsletter sent from Paltrow’s London kitchen in 2008.

As well as blog posts she says lead the industry trends, thanks to her influence they’ve progressed to events, podcasts and a powerful social media presence.

Paltrow’s team has profited from the luxury lifestyle industry by selling face creams in excess of $100 and collaborating with important brands through editorial content.

The strategy is something she and her team are claiming they pushed.

‘We sort of made it up. It’s the why of why you’re buying something,’ Paltrow continued about the website’s approach to prompting readers to make purchases.

But she admits she was influenced in some way by the bigger tech companies, at least in the coining of the Goop’s name. 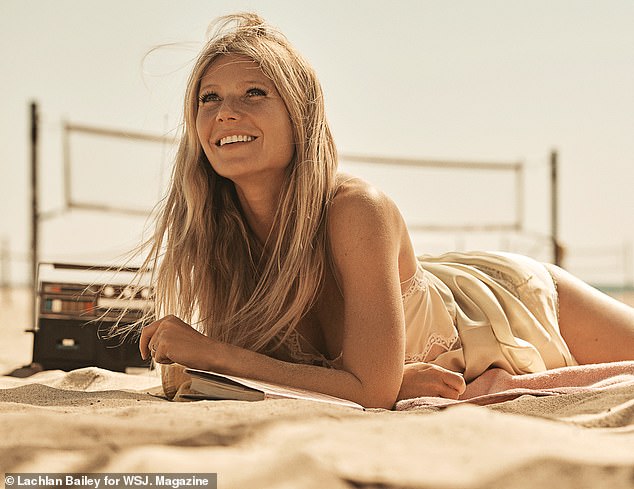 It’s a combination of her initials with a double ‘o’ in the middle because a branding-expert friend joked it has been good luck for the likes of Google and Yahoo.

Her love for wellness and a desire to try to heal her father, who died from cancer aged 58, encouraged her to focus on the likes of yoga and macrobiotic food – both things that made fans more interested in their own healthy lifestyles.

With her parents Bruce and Blythe Paltrow paving the way, the screen star hinted pursuing entertainment was perhaps an easy path compared to Goop.

‘I felt like I had hit all of those benchmarks. I’m very competitive with myself and I thought, Well, what am I supposed to do now?’ she said about life after winning a 1999 Academy Award for her acting in Shakespeare in Love. ‘On some level I had gotten the message, ‘If you’re not achieving something that’s quantifiable, you might not be worth that much.’ Somehow, that wire got fused together in my head. So, I was like, How do I keep achieving something?’

Even though she’s still not certain why she went where she did with Goop, she said she has always had an ‘entrepreneurial spirit’. 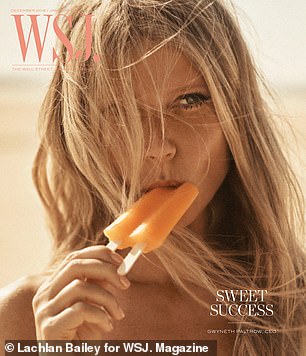 10 years ago she knew nothing about venture capitals but ‘was compelled’ to follow the new business path. Years later she would raise $50 million from firms including New Enterprise Associates, Lightspeed and Felix Capital.

‘I didn’t even know what a VC was,’ she confessed. However she knew the Paltrow effect on sales was huge and it was only confirmed when a 2012 Goop collaboration with J.Crew ‘sent them like 10 percent of their traffic’ – something WSJ later corrected to 8 percent.

‘We were just a tiny little website. So for us, that was this huge metric,’ she said.

Even though her celebrity has helped her website thrive, she hinted she is planning something bigger to keep the brand going in her absence.

Paltrow believes there may come a time when her famous face won’t make sales instantly spike in the way Tony Florence, general partner at New Enterprise Associates and one of Goop’s three board members noticed in 2012, which prompted him to invest.

‘Part of me thinks it’s good for Goop that I also am still Gwyneth Paltrow, you know?’ she said. ‘Over time, it would be great if somebody else could do that, especially since, you know, I’m not like a 20-year-old.’