A tiny country pub in the heart of the Hampshire countryside is caught up in an international nightmare which could rob its customers of their savings.

The website of The Oak, in the small village of Smannell, near Andover, with just 1,330 residents, has been hijacked and ‘mirrored’ online by tricksters 5,000 miles away in the Sudan.

The bogus page is identical to the 19th century pub’s page, even including Facebook reviews from customers. 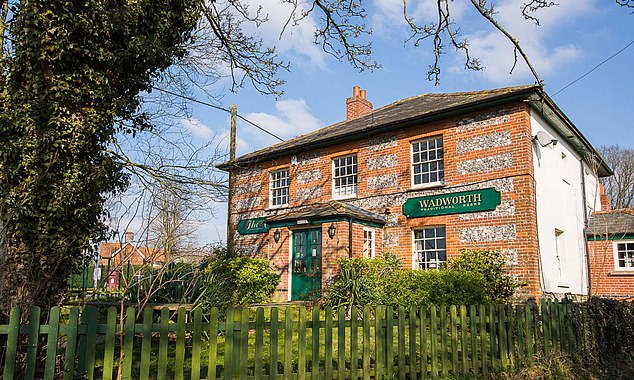 The Oak, a tiny country pub in the heart of the Hampshire countryside, is caught up in an international nightmare which could rob its customers of their savings

But hidden away on the phoney page is a link directing people to a bank account linked to the African fraudster.

Today The Oak warned its regulars that its Facebook page has been cloned.

In a statement, The Oak said ‘Please note that we will not message customers unless they message us, so please treat that as a flag of a scammer.

‘More importantly, we would never ask for any payment methods online, so please DO NOT provide any bank details!’

The fake account began posting as The Oak on March 22.

Previously, it had posted as a kebab takeaway in Rochdale and a hotel in Ireland.

Before this, it appears it was used as a personal account, with comments on its posts suggesting the user is based in Sudan.

But it changed one of the real pub’s regular prize draws so that anyone fooled by the page would be directed to a fake website and asked to hand over their personal details. 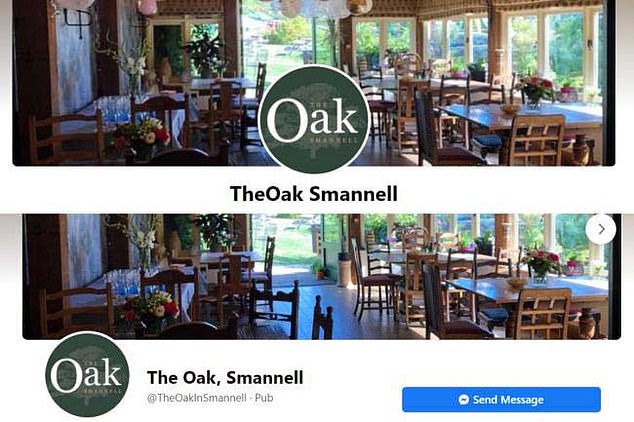 In a statement, The Oak said ‘Please note that we will not message customers unless they message us, so please treat that as a flag of a scammer’

The account was also messaging followers of the real Oak’s Facebook page, asking them for personal details and bank details.

The pub’s bosses added today ‘Another sign is the images on the account are not linked to our business, and the name does not have a space between ‘The’ and ‘Oak’.

‘Their site does not give you the option to post comments on their posts.

‘This is something we do not block as we encourage people to feedback and to tag their friends and family.

‘We would appreciate that if anyone gets these messages to report them to Facebook immediately, and to block and delete them and their messages.’

The Oak – the real one, that is – reopens on April 12 with customers to be seated in the garden and in specially constructed pods.

It’s not clear what has led tricksters thousands of miles away to target a little pub in a rural backwater of southern England.

But in December, the pub featured in a news story which went online and could have been seen by anyone in the world doing a search online for a possible scam victim.

The story, in the local Andover Advertiser, read: ‘A Smannell pub will become the home of a new escape room if plans submitted to the borough council are approved.

Under the plans, two structures will be built in the beer garden of The Oak to provide a setting for the game, in which players solve a series of puzzles to get out of the room.

If approved, the escape room will be the only one of its kind in Andover. A previous escape room business, KLB Escape Room, closed in 2018 to search for larger premises, with the Advertiser unable to find any others currently operating in the town.

The company behind the proposal, Distance Games Limited, says the plans are a proof of concept for the experience, which will welcome groups of up to eight in an hour session. 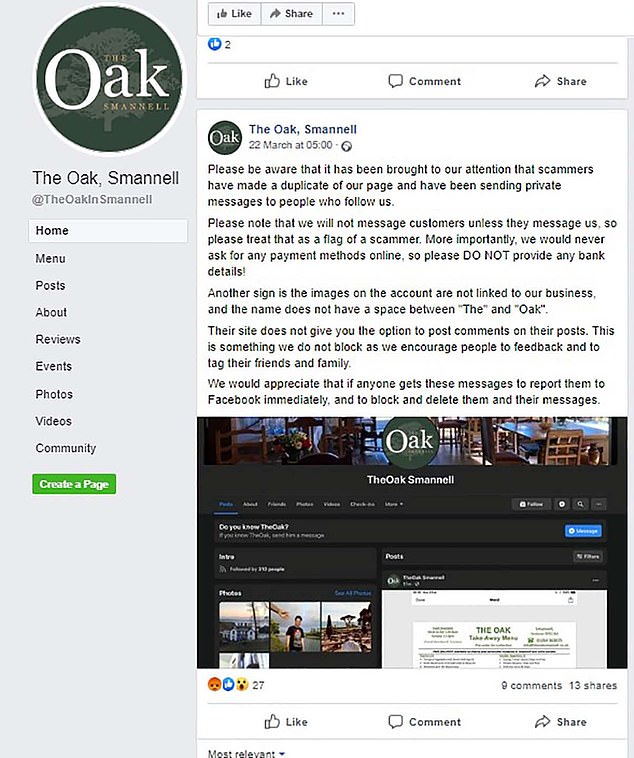 The Oak – the real one, that is – reopens on April 12 with customers to be seated in the garden and in specially constructed pods

They hope to accommodate around 200 players a week with the plans, and say that it ‘will bring in new visitors to the area,’ as well as bringing custom to The Oak.

However, Distance Games says it does ‘not anticipate any marked increase in traffic’ to the site, and will encourage car sharing amongst its customers.

They add that the building will be insulated for noise to reduce any potential disturbance.

The escape room will produce three jobs initially, hoping to train three part-time members of staff to run the room. The company added that there is ‘the potential of a larger team when the business is proven and fully operational.’

They also aim to offer free access days for disadvantaged children ‘as a gesture to the wider community’ once the business is fully established.

If the plans are approved, the company says they can rapidly construct the escape room, with two weeks to build the concrete base and the building itself.

When contacted by the Advertiser for a statement, the owners of The Oak, Red Oak Taverns, confirmed that an application had been submitted and would not comment further.