Home » Harry and Meghan team up with Procter & Gamble

Harry and Meghan team up with Procter & Gamble: Royals will work with US consumer goods giant to ‘build compassionate communities’ and promote ‘gender equality’

The affiliation with Procter & Gamble will focus on gender equality, more inclusive online spaces, and resilience and impact through sport.

The couple said they would be working to ‘build more compassionate communities’ as the Sussexes are on a mission to bring a more ‘just future for women and girls’.

But the alliance has raised eyebrows due to the company’s checkered history, with it being linked to child and forced labour, animal testing and price fixing.

Even the Duchess has hit out at the firm previously, having called for it to change a ‘sexist’ dish soap advert when she was just 11. 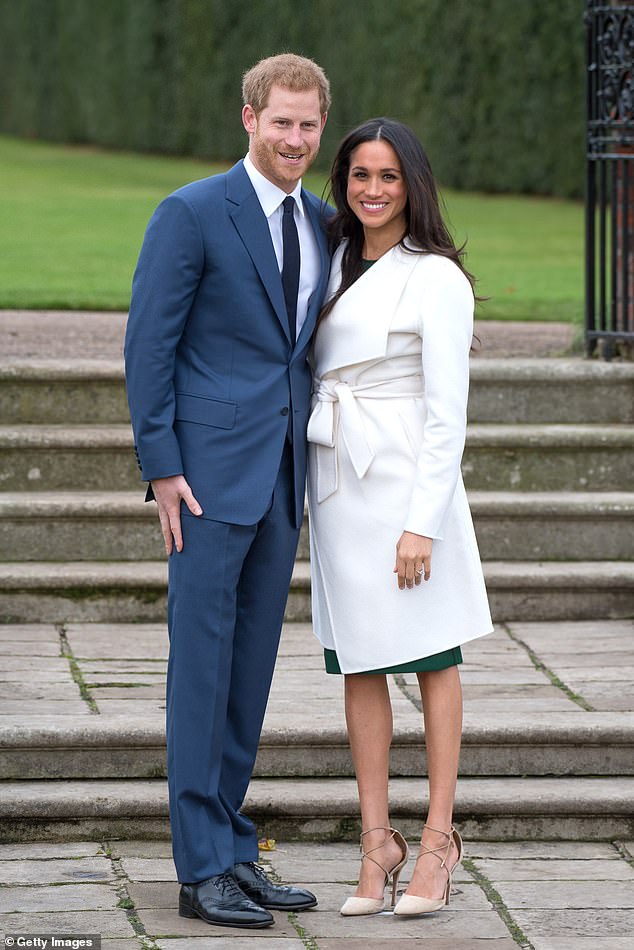 The affiliation with Procter & Gamble will focus on gender equality, more inclusive online spaces, and resilience and impact through sport. Pictured: A picture posted on Archewell

The Duke of Sussex, 36, is ‘spiritually at home’ in California, his media friend Bryony Gordon has said

The Archewell site said: ‘Archewell Foundation believes that with community, and through compassionate service to others, we can unleash systemic cultural change.

It would ‘elevate the voices of adolescent girls’ to make sure ‘their point of view and lived experience is heard at the tables where decisions are made’.

The foundation also pledged to work with men and boys to encourage gender equality.

It said: ‘Together we will underscore the importance of engaging men and boys in the drive for gender equity throughout society and encourage shared caregiving at home so everyone in the family can thrive.’

Aged 11, Meghan wrote to Procter & Gamble to object to sexism in a dish soap advert which included the line: ‘Mothers around America are fighting greasy pots and pans.’

She asked them to change the advert to ‘people all over America’ and the company subsequently amended the language.

She appeared in an interview in 1993, saying she was ‘furious’ at the advert for P&G’s Ivory Clear, adding: ‘When they heard this, the boys in my class started saying, ”Yeah, that’s where women belong – in the kitchen”.’

Procter & Gamble is best known for owning major brands such as Crest, Oral B, Gillette, Pampers and Tampax.

The Sussexes move to associate with Procter & Gamble has surprised some due to its checkered recent history.

In 2011 the company was slapped with an €211.2million (£149million) fine by the European Commission for a price fixing cartel with Unilever and Henkel.

Then in 2016 it was widely criticised following a report by Amnesty International into child and forced labour.

Animal rights group PETA also slammed the firm for its links to the practice of testing on animals.

It led to the company announcing in 1999 it would limit doing this to food and drug products, which made up less than 20 per cent of its product portfolio.

Just three years later, in 2002, it again came in for criticism over adverts falsely suggesting to buyers the drug Prilosec could cure heartburn in a day.

Then in 2017 Procter & Gamble made headlines for an advert called The Talk as part of the ‘My Black is Beautiful’ platform.

It shows African-American parents talking to their children about racism through different eras.

But some blasted it for only showing mothers talking to their children while others accused it of being ‘anti-white’.

One shocking clip sees a mother telling her daughter the threat of being pulled over by the police, implying she may be racially profile and killed.

The scene was slammed by police officers and police groups in the US for being ‘anti-cop’.

Most recently the firm was embroiled in a row over a controversial Gillette advert called ‘The Best Men Can Be’.

It was meant to address men’s negative behaviour but was panned and became one of YouTube’s most disliked videos.

The journalist and author, 40, was chosen by the Duke of Sussex, 36, for his first interview about his own struggles on her Mad World podcast in 2017.

Writing in The Telegraph, she said Harry, who lives in a $14million mansion in Montecito, has found a ‘sense of purpose’ after quitting royal duties last year.

She said: ‘He knows he has made mistakes – who among us hasn’t? But he now sees that the most efficient way to live is truthfully, and not just by the expectations of others.’

She added while some might say Prince Harry has been changed by his wife, ‘those close to him’ know he was always ‘open to the shift we now see’.

She said: ‘The blinkers that are attached by necessity when you are born into the Royal family had always been badly fitted on him, a little bit wonky.’

Meanwhile Ms Gordon said the Duke ‘expects and accepts’ to have critics, because of the ‘very public stance’ he has made about the media and the Royal Family.

She added: ‘It is this acceptance that has set him free, in many ways. He is no longer living in fear of the repercussions of existing as himself, as he wants and needs to be.’

Her comments come as Prince Harry warned the ‘majority of us carry some form of unresolved trauma, loss or grief’.

He proclaimed ‘we are all human’ as he spoke ahead of his upcoming Apple TV+ series on mental health with Oprah Winfrey.

The Duke is the co-creator and executive producer on The Me You Can’t See, a new programme with the US chat show host which will start next Friday.

According to Ms Gordon, sources said the documentary is the ‘result of the Duke’s efforts to broaden his perspectives’.

The multi-part series will feature interviews with Lady Gaga, actress Glenn Close and NBA stars DeMar DeRozan and Langston Galloway that will ‘help lift the veil’ on mental health and emotional well-being.

Apple said the show ‘transcends culture, age, gender, and socioeconomic status to destigmatise a highly misunderstood subject and give hope to viewers who learn that they are not alone’.

The date was announced in a press release and as a social media post by Oprah, with the Duke saying he hopes it shows ‘there is power in vulnerability’.

It comes just two months after Harry and Meghan, 39, opened up about their mental health struggles during their bombshell interview with Oprah on March 7.

Meghan claimed she had suffered from suicidal thoughts after being plunged into royal life and Palace staff had ignored her pleas for help.

Speaking at the start of Mental Health Awareness Week, Harry said as he launched the show: ‘We are born into different lives, brought up in different environments, and as a result are exposed to different experiences.

‘But our shared experience is that we are all human. The majority of us carry some form of unresolved trauma, loss or grief, which feels – and is – very personal. Yet the past year has shown us that we are all in this together, and my hope is that this series will show there is power in vulnerability, connection in empathy and strength in honesty.’

Inside the car of the future – featuring virtual reality passengers